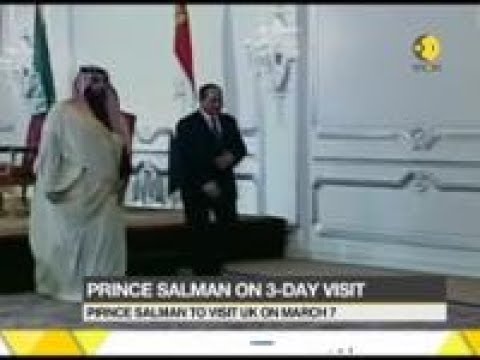 Bin Salman said that the current “Triangle of Evil” [paraphrasing George W. Bush’s speechwriter David Frum] was Iran, Turkey and extremist religious groups. He alleged that the Muslim Brotherhood had exploited democracy, while the Turks a striving to revive the Ottoman Caliphate. He insisted that the Prophet Muhammad had never said anything about a caliphate, or prescribed any particular form of government. [This is true – JC].

He complained that the Ottoman sultans had destroyed the first Saudi state. Moreover, he averred, any enemy of Egypt’s is an enemy of Saudi Arabia’s.

The Egyptian journalists asked him when the Qatar crisis would end. He told them not to bother their heads with it. It might go on a long time, as with the US embargo on Cuba. It is not important, he said. All Qataris [citizen population 300,000], he said, could fit in one street in Cairo, and the Saudi official in charge of monitoring that conflict does not even have a cabinet level rank.

He said that Qatar had been stripped of its foreign policy influence. It still has plenty of domestic wealth, but its foreign agents had been revealed by the boycott imposed by his government.

He tried to psychoanalyze the country, suggesting that since Emir Hamad Bin Khalifa made his coup against his father in 1995, little Qatar had had an inferiority complex with regard to the bigger states around it like Saudi Arabia, and had therefore gone on a hunt for foreign influence. They found the Muslim Brotherhood willing clients and installed Brotherhood figures throughout their government at the highest levels [this is not true– JC].

He said almost no American officials cared about Qatar. Maybe one. (Both Secretary of State Rex Tillerson and Secretary of Defense Jim Mattis have called for reconciliation between Saudi Arabia and Qatar).

He said that Saudi Arabia has invested $800 billion in the US economy, four times what Qatar has. (I don’t think that statistic is reliable- JC).

He said that Saudi-Egypt relations are excellent and form the linchpin of Middle Eastern politics, and what the two of them say goes in the region.

He also praised the economic progress he said had been achieved by the government of President Abdel Fattah al-Sisi and its anti-corruption efforts. ( Egypt’s GDP growth has improved slightly, inflation has lowered, and the tourism sector is recovering, but it isn’t creating the 700,000 new jobs every year it needs and any new wealth is not being well distributed). Saudi Arabia, the United Arab Emirates and Kuwait have propped up the government with tens of billions of dollars in grants and loans.

Crown Prince Bin Salman admitted that in the past, Saudi Arabia and Egypt had used the Muslim Brotherhood, in hopes of tamping down dissent from devotees of political Islam, but that the policy had backfired. Instead, he said, the Brotherhood had made trouble in schools and other social institutions. After the Iranian Revolution of 1979, he said, the Brotherhood became convinced that it would provide the model for government in the Sunni Muslim world.

He said that Saudi Arabia had issued an arrest warrant for al-Qaeda leader Usamah Bin Laden in the 1990s, but that he was protected by Western interests who saw him as a freedom fighter [because of his role fighting the Soviets in Afghanistan.]

My guess is that MbS has dirt on Western intelligence agencies in this regard, and this remark was intended to intimidate them. The US Congress has allowed Saudi Arabia to be sued over the September 11, 2001, attacks, although there is no evidence that the Saudi Government was involved, and there is ample evidence that Western agencies backed Bin Laden’s hosts and supporters in Afghanistan.

He also said that the Saudi government’s counter-terrorism efforts inside the kingdom had borne great fruit, with extremist sentiments falling from 60% to 10%.

The prince said that the Muslim Brotherhood had ridden on the coattails of the Hanbali school of law but that his government was changing that equation. He said that the Shiites of Saudi Arabia [some 12% of the population] live in security and are employed in all sectors, and that he has many Shiite friends, and that they fight in the Saudi army against the Houthis [Zaydi Shiites in Yemen]. Saudi Shiites, he said, are playing an important role in bringing Saudi Arabia and Iraq closer together.