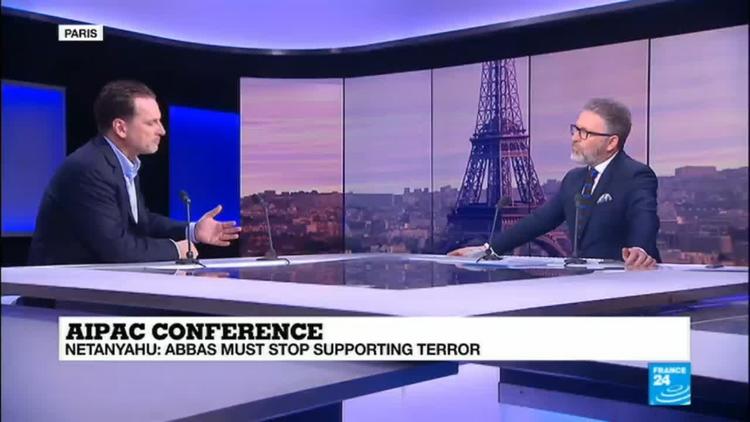 The US has decided to withhold more than half of its planned funding for the UNRWA – $65 million of the $125 million earmarked for the agency. The move, which has been called a death sentence for the agency, will deal a devastating blow to efforts to confront the education emergency that the world already faces.

LONDON – No international institution has done as much for children’s schooling on the ground for as long as the United Nations Relief and Works Agency for Palestine Refugees in the Near East (UNRWA). And yet, no international organization has suffered an overnight funding cut as devastating as the one UNRWA now faces, after 70 years of serving the displaced and the desolate.

Today, some 60% of elementary- and middle-school children in Gaza attend UNRWA schools, their only schooling alternative being madrasas. Since Palestinian refugees do not enjoy legal protections or access to basic services under the Refugee Convention of 1951, those living elsewhere also rely on UNRWA schools. More than half of the 525,000 Palestinian refugees UNRWA supports live in Lebanon, Syria, and Jordan.

Yet the United States has now decided to withhold more than half of its planned funding for UNRWA – $65 million of $125 million, which is already far less than the $364 million delivered last year. The move will deal a powerful blow to efforts to confront the education emergency the world currently faces.

Already, there are some 75 million children in conflict and emergency zones who have had their education disrupted. Another 30 million children – ten million of whom are refugees – have been displaced, with most of them denied education. Add to that the 260 million school-age children who are not in school for other reasons, and the scale of the problem is massive. Cutting UNRWA’s funding deepens this global education crisis.

And it is not just education that is at stake. When it was established in 1949, UNRWA offered a range of additional services, from food to health care, to some 750,000 Palestinians who had been expelled from their homes and lands when Israel was established the previous year. Over the last seven decades, the agency has helped more than five million people, by running schools, staffing clinics, leading sanitation efforts, and providing shelter for men, women, and children scattered across Syria, Lebanon, Jordan, the occupied West Bank, and the Gaza Strip.

Even today, while schools account for more than half of UNRWA’s program budget, the agency provides other important services for children and families, including humanitarian assistance and health care, which accounts for 17% of its total budget. In 2016, its clinics had nine million patient visits.

Thus, emergency assistance for 1.5 million Palestinians in Gaza and Syria is also at risk, as a result of the funding cut. So, too, are the livelihoods of 60,000 Palestinians currently participating in UNRWA’s “Cash for Work” program in the West Bank.

Those who receive loans through the agency’s microfinance department, which supports small local businesses, will also suffer, as will the Palestinian refugees who comprise more than 95% of UNRWA’s roughly 30,000 employees, many of whom work to the limits of their endurance. No one should take for granted the sacrifice UNRWA staff make. In Syria, for example, 20 employees have lost their lives, and some 25 others have gone (and remain) missing since the beginning of the war in 2011.

UNRWA now faces the gravest financial crisis in its 70-year history, with a potential deficit this year as high as $446 million. While the agency receives contributions from more than 100 donors, 80% of UNRWA’s funding – a total income of nearly $1.25 billion in 2016 – comes from just ten donors, with the US having long been the largest contributor. The European Union is the second largest, contributing $143 million, and Germany, Sweden, and the United Kingdom are next, each contributing more than $60 million. But it would be difficult for these countries to fill the multi-million-dollar gap that the US cut creates.

Allowing up to a half-million schoolchildren to be relegated to the streets would mean creating a lost generation of children and exacerbating instability in the region. After all, beyond providing knowledge, UNRWA schools encourage civic engagement among young people, while helping to prevent child marriage, child labor, and child trafficking. More fundamentally, they give children hope.

Hope dies when boats capsize at sea, when families freeze to death on hazardous mountain journeys into exile, or when food convoys fail to make it to beleaguered towns and villages. But hope also dies when children find school gates locked, denying them the chance they deserve to plan and prepare for a future.

Worst hit, both financially and in terms of service provision, would be the refugee community in Gaza, where the agency provides aid to nearly 75% of the population and accounts for one-sixth of gross domestic expenditure. But in Syria, too, a half-million Palestinian refugees will lose some of the help on which they relied.

To be sure, some countries have already stepped up to the plate. Denmark, Finland, Germany, Luxembourg, the Netherlands, New Zealand, Norway, Russia, Sweden, Switzerland, and the UK have all agreed to front-load their annual contributions. Several other countries are considering doing the same. And, in order to maintain quality education for Palestinian refugees, the Education Cannot Wait fund, established in 2016 to help children displaced in emergencies, will seek to deepen its cooperation with UNRWA.

Yet measures like frontloading can take us only so far. If UNRWA does not receive additional bridge funding, it will run out of money in the next few months.

Pierre Krähenbühl, UNRWA’s commissioner-general, is determined to continue UNRWA’s life-saving work. Under the banner “Dignity is Priceless,” he is now asking all with the means to provide the additional funding. One hopes that his call will be heeded at this month’s planned ministerial roundtable in Rome, with countries advancing next year’s contributions, as we await a change of heart by the US. Failure to bridge the funding gap would have serious consequences not just for the Palestinian children who depend on UNRWA, but also for peace and stability in the region.

Gordon Brown, former Prime Minister and Chancellor of the Exchequer of the United Kingdom, is United Nations Special Envoy for Global Education and Chair of the International Commission on Financing Global Education Opportunity. He chairs the Advisory Board of the Catalyst Foundation.