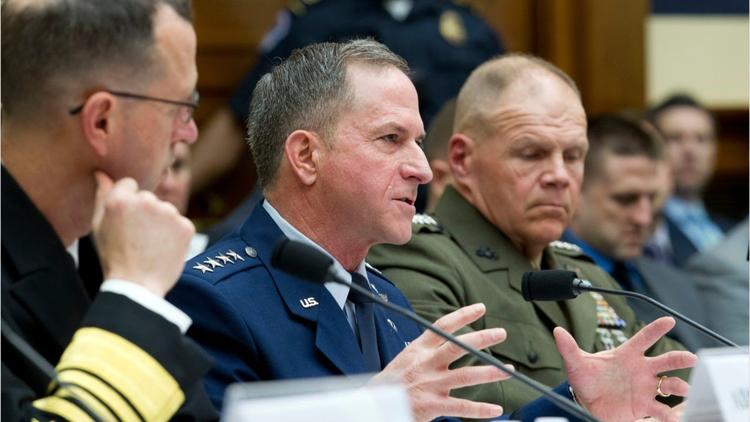 A strong legacy of U.S. leadership and engagement in global politics has been reduced today to what I call kinetic diplomacy – diplomacy by armed force.

As of March 2018, the Trump administration has appointed only 70 of 188 U.S. ambassadors. At the same time, it has increased the deployment of special operations forces to 149 countries – up from 138 during the Obama administration in 2016. So while U.S. ambassadors are operating in one-third of the world’s capitals, special operations forces are active in three-fourths.

With the help of diplomats such as George C. Marshall, who served as the U.S. secretary of state for two years beginning in 1947, the U.S. Department of State played a critical role in transitioning the United States from an emergency ally to a global leader following World War II.

At the time, two key assumptions were taken for granted. The first was a close connection between U.S. diplomatic power and military effectiveness. The second was the understanding that in the United States, civilians outrank generals.

The latter point was famously underlined when President Harry S. Truman fired General Douglas MacArthur in 1951 over the latter’s insistence on seeking “decisive victory” in North Korea – then supported by Communist China.

And it was another diplomat, George F. Kennan, deputy chief of mission in Moscow, whose experience and insights proved decisive in shaping half a century of U.S. foreign policy. Kennan’s approach was summarized first in a so-called “long telegram” in 1946, and later published in slightly revised form in the journal Foreign Affairs as “The Sources of Soviet Conduct.”

Kennan argued that though the Soviet Union did have an expansionist revolutionary ideology, it nevertheless remained pragmatic in terms of global politics. The Soviet Union could therefore be deterred from aggressive expansion and contained – a much less risky strategy than a direct military confrontation, which might lead to world war.

But more important than the U.S. State Department’s periodic great successes was the pattern its successes reinforced. Diplomats led behind the scenes so that soldiers didn’t have to follow.

As General James Mattis, then-commander of U.S. Central Command put it in 2013, if the State Department budget were to be cut, “I have to buy more ammunition.”

And in an exchange with Sen. Elizabeth Warren during his Senate Armed Services Committee appearance in May 2017, U.S. Special Operations Commander Gen. Raymond Thomas said cuts to diplomacy and foreign aid “would make our job harder.” Thomas went on to say diplomacy is “indescribably critical” to U.S. Special Operations Command’s mission to advise and assist local forces to build their own capacity.

The real shift to kinetic diplomacy occurred during the presidency of George W. Bush after Sept. 11, 2001.

Bush declared a “war on terror,” and successfully shifted the United States from containing threats to U.S. security, to engaging them pre-emptively and abroad. He argued that the Afghan Taliban must be punished for supporting al-Qaida. The nation initially agreed.

But after routing the Taliban, the Bush administration accelerated the practice of seeking out “evildoers” abroad, arguing that only by doing so could American lives be protected. This initiated the shift from diplomacy first, and armed force as a last resort, to armed force first – or kinetic diplomacy.

Why did this happen?

It happened because an attack on U.S. soil by an armed group whose members claimed to be holy warriors and who sacrificed their own lives in their attacks made it relatively easy for the Bush administration to paint America’s enemies as madmen who couldn’t be bargained with or deterred – only destroyed or left to escalate destruction.

Remember the critical importance of the “weapons of mass destruction” arguments we heard over and over. If our enemies have dedicated themselves to our utter destruction – whether Muslim, Christian or Jew, adult or child – and can’t be bargained with, the argument went, of what use is traditional diplomacy?

Traditional diplomacy was granted a modest reprieve under the Obama administration. Under the Trump administration, however, the U.S. Department of State has been gutted – with the departure of many high-level career diplomats, a proposed budget drop of 29 percent, and most recently the firing of Secretary of State Rex Tillerson, who served only 14 months.

This leaves us with kinetic diplomacy as a default. Without diplomats to inform and guide our armed forces and their leadership, we are left with an accelerating vicious cycle – the more “bad guys” we kill abroad, the more we have to kill. As a result, an increasing number of those we pre-emptively kill – instead of bargaining with – will be either civilians or heroes in their own countries. Martyring them guarantees the loss, not only of future American lives, but the lives of our allies who become targets by association.

Wochit News: “US Special-Ops Stretched To The Limit”