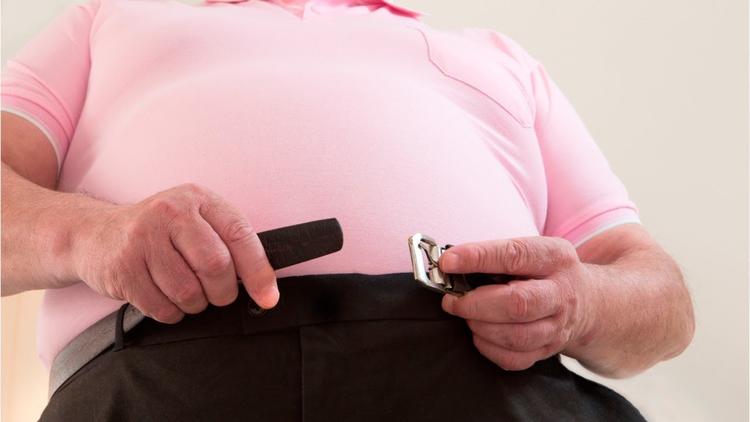 To my astonishment, I began receiving daily news updates from the Pentagon, innocuously named the Early Bird Brief, about a month ago. One particularly perverse news brief warrants mention: the number of out-of shape and unfit youth is an imminent national security crisis, (not because they matter for themselves), but because they are “too fat to fight,” as one writer put it.

According to a report commissioned by the Pentagon, 7 of 10, or more than 24 million young Americans between the ages of are 17 and 24, are not qualified or eligible to join the military because of inadequate education, overweight, poor health and criminal records. (1)

Let’s dig more deeply into this, particularly in the light of the Pentagon’s overfed budget while education, health and social services budgets are starved of funding, and in the face of evidence that our government cares more about weapons and wars than the health and well being of our children and youth.

The 2015 high school graduation rate, which ranged from 66% – 94% in the 50 states and District of Columbia, ranks near the bottom when compared with other industrial countries. A recent international study found that American students with a high school diploma had math skills equivalent to those of high school dropouts in other comparable countries. They fell significantly below international students in literacy skills and scored last in technology skills. (2)

Nationally, almost 1 in 3 youths between ages 10 and 17 are overweight or obese. Recent national surveys find that high school students are spending more recreational time on computers, watching less television, and getting little physical activity. (3) Less than 8% of youth between 16 and 19 meet national guidelines for 60 minutes per day of moderate to vigorous physical activity. (4)

Unhealthy foods are heavily marketed to children, with 91 percent of American children having poor diets according to national reports on child obesity.

One in 5 U.S. children (more than 15 million) live in poverty and “food-insecure” households — having limited access to adequate food and nutrition due to cost and local availability. Low-income children generally live in low-income neighborhoods; and they are much more likely to be overweight or obese with limited access to sidewalks, parks, recreation centers and quality food stores. (5)

The trends in inequality are criminal: While the stock market nearly doubled between 2008 and 2014, the number of American children living below the federal poverty level increased by 18%. (6)

One in 8 U.S. children and teens had a diagnosis of attention deficit/hyperactivity disorder (ADHD) in 2011, an increase of 43 percent since 2003. This condition can cause learning setbacks, behavioral difficulties and result in excessive medication of children. (7)

The percentage of U.S. children with asthma doubled in the 1980s and 1990s and has increased steadily since then. The reason for the increase is poorly understood, but many possible factors include exposure to secondhand smoke, obesity, poor housing (mold, mildew, infestation), air pollution and children’s immune systems failing to develop properly. The prevalence of asthma among 15 to 19 years olds is about 10%. While there has been increased slowing, asthma rates are highest among African American, Puerto Ricans and poor families. (8)

Asthma is the primary reason that children miss school – and thus, a real setback in learning. The Pentagon’s chief concern: asthmatic youth are “too sick to serve.”

The Mapping Police Violence project has correlated the impact of police in schools with the criminalization of youth. Over the past two decades, 10,000 police have been stationed in schools. In that same period, there has been no impact on violence in schools. Yet, one million students have been arrested, with black students much more likely to be arrested than white students, for behavior that prior to police presence warranted detention or suspension. (9)

So what’s the remedy, according to the Pentagon, for their shortage of recruits? Improve education, nutrition and physical exercise; reduce youth crime and drug use. But doesn’t this border on insanity to have the military, among all the federal agencies, sound the alarm of this multiple youth crisis – in education, health, nutrition, fitness and crime – when their mission is to arm youth and send them to war from which many will return with brain injuries and traumatized (PTSD).

Further, where will the funding for improved education, nutrition, physical exercise and crime reduction come from, given our federal budget loots education, environment, health and housing while expanding military spending? The recent Congressional budget deal allots 54% of the discretionary budget to the military and 5% each to education, housing and health. Trump’s 2019 budget request lards the defense budget even more while reducing education by 14%, health by 26%, housing and community programs by 35%, and energy and environment by 36% as compared to the 2017 budget. (10) Some might call this psychotic, or more politely, cognitive dissonance.

Meanwhile, Michelle Obama’s “Let’s Move” campaign to address childhood obesity and lack of exercise to improve children’s health has not been sustained by the Trump administration. As of December 2017, the administration had not appointed new directors to the President’s Council on Fitness, Sports and Nutrition. Further, Trump’s 2019 budget, a massive entitlement program for the weapons industries and private military contractors, proposes eliminating 14 environmental programs, among them ones that worsen air pollution and indoor environment of low-income homes – triggers for asthma and poor lung function. (11)

The epidemic in massacre of children and youth in schools and elsewhere in our society is rooted in our national metastasis of guns. Since 1963, three times more children and teens have been killed by guns in this country than U.S. soldiers died in wars abroad. (12) Even with the most recent school shooting, Congress would not pass a gun control law; and the president reflexively called for arming teachers and then backed down from gun reform after meeting with the NRA.

The youth of Marjory Stoneman Douglas High School who confronted U.S. Senator Marco Rubio on lack of national gun control, held press conferences and achieved limited gun control legislation in Florida; the high school students from Maryland and Virginia who staged a demonstration and die-in in front of the White House and the U.S. Capitol; and the students across the country who will march in protest on March 24 – are the wise ones. Soon, as they have said, they will vote; and then they will run for office. And they, hopefully, will extract the rotten roots of this country awash in war, weapons, gun violence and a hornets’ nest of gun and weapons lobbyists.

Pat Hynes, a retired professor of environmental health from Boston University, directs the Traprock Center for Peace and Justice http://traprock.org.