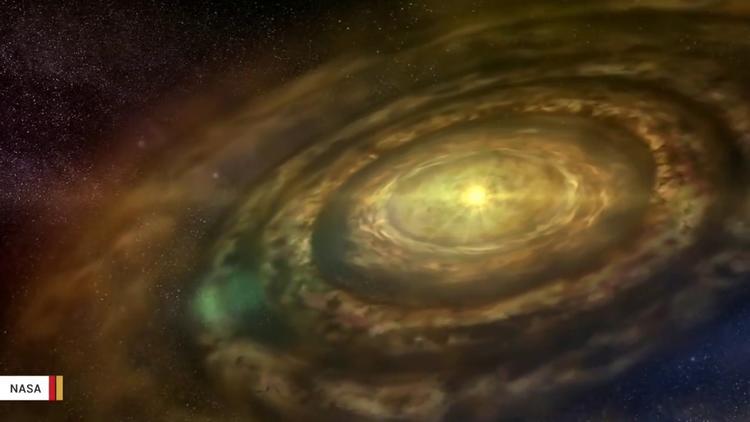 Diamonds from outer space formed inside a long-lost planet

Diamonds found inside a meteorite which exploded over Sudan could prove the existence of a “lost planet”, scientists have announced.

Following years of research, a new study has found that the tiny diamonds contain compounds that are only produced under intense pressure, suggesting they were formed far beneath the surface of a planet.

This planet, which is believed to be somewhere between the moon and Mars in size, is thought to have collided with other objects during the first 10 million years of the solar system and no longer exists as a whole, according to astronomy news site Space. Although scientists have long hypothesised about the existence of these early planets, the diamonds provide the first physical evidence of their theory.

The Almahata Sitta meteorite exploded over the Nubian desert, in the northeast of Sudan, in 2008 and was quickly recovered by the University of Khartoum. According to the Guardian, the expedition gathered 480 pieces of the meteorite which had been spread over the desert. Early inspections revealed the meteorite to be a ureilite, a rare type of meteorite that has a very different mineral composition from other rocks that come from Mars or the moon. It was this difference that led to further exploration of the meteorite’s origin.

Farhang Nabiei, a materials scientist at the Swiss Federal Institute of Technology in Lausanne and the lead author of the report, expressed his surprise at the findings given the lack of evidence collected so far to confirm the existence of these early planets.

Since ureilites “can give us a better idea of the formation and evolution of planets in the early solar system,” Nabiei plans to use more of the material to “unlock the potential cosmic history hidden inside,” National Geographic reported.