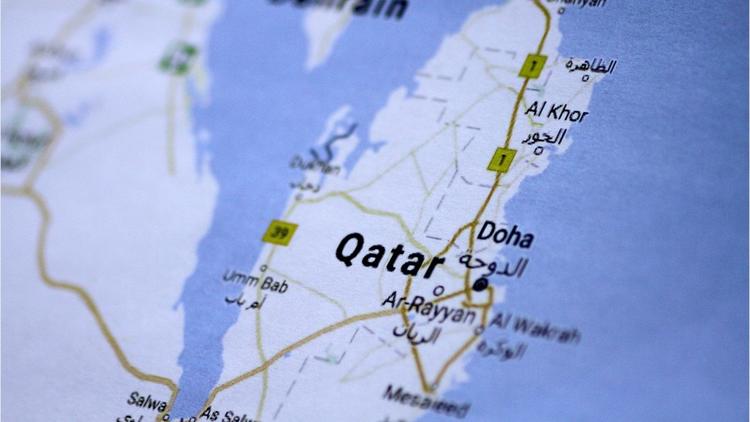 This story was published in partnership with The Daily Beast. Their version can be found here.

The former CEO of Bell Pottinger USA was given over $500,000 to produce a six-part film linking Qatar with global terrorism

A veteran of Pentagon propaganda operations was hired last year by a Dubai-based company to create a film accusing Qatar of links to terrorism, the Bureau can reveal.

Charles Andreae, whose firm Andreae & Associates was contracted to produce the film, used to work for PR firm Bell Pottinger. Whilst at Bell Pottinger, he helped oversee a $500 million contract with the Pentagon to run top secret influence operations during the Iraq war.

The latest contract underscores growing concerns about foreign influence campaigns in the heart of Washington. While much focus has been on Russia’s role in the US elections, Persian Gulf countries have also been spending large sums of money pushing their agenda to President Trump’s administration.

In August 2017, Andreae, former CEO of Bell Pottinger USA, was given over $500,000 to produce a six-part film linking Qatar with global terrorism.

Copies of the video were distributed at an event at the Hudson Institute think-tank in October 2017. President Trump’s former Chief Strategist Steve Bannon was a key note speaker at the event, as was ex Defense Secretary Leon Panetta and General David Petraeus, former CIA director.

Though its subject matter is niche and the treatment not especially gripping, the documentary appears to have been viewed more than 700,000 times on YouTube and is also streamable on Amazon.

“It is not clear how much of a success any of the anti-Qatar operations have been. The first YouTube comment underneath the video reads “this is American propaganda”

While at Bell Pottinger, Andreae ran the Washington end of a Pentagon propaganda programme contract in Iraq revealed by the Bureau and The Sunday Times in 2016, the agency’s co-founder, Tim Bell, told the Bureau last week.

The Iraq programme included news reports made to look like they were produced by Arab media channels and fake al Qaeda videos used to track the viewers. The Bell Pottinger “psyops” team reported to General Petraeus, who led American forces in Iraq.

Bell Pottinger went into administration last year, after it was implicated in a controversial campaign to stir up racial tension in South Africa.

The Qatar film contract came to light in a newly-filed lobbying declaration with the US Department of Justice. US companies are required by law to disclose information on lobbying and PR work for foreign clients.

The declaration showed that Andreae & Associates (A&A) was hired in August 2017 by Lapis Communications to produce “six multimedia products focused on an investigation into the role of the state of Qatar and the state’s connection to global terrorism”. Lapis is a Dubai-based strategic communications firm owned by an Afghan-Australian entrepreneur.

The film was commissioned at a time when the Saudi and UAE governments were stepping up an unprecedented international campaign against Qatar.

Last summer, the two countries severed relations with the fellow Gulf state, which they accuse of sponsoring terrorism in the Middle East. The rift represents a major split between resource-rich countries, both of which are key US allies.

Shortly after the Lapis contract with Andreae & Associates, the Emirati National Media Council gave a $250,000 contract to a London PR firm. A chunk of this went to SCL Social for an anti-Qatar social media campaign. SCL Social is part of SCL Group which also owns Cambridge Analytica, a firm now mired in controversy over its exploitation of Facebook users’ data.

Charles Andreae also registered as a lobbyist with the US Senate on Qatar-US relations on behalf of Lapis in January this year.

Neither Charles Andreae nor anyone from Lapis Communications responded to the Bureau’s requests for comment on this story.

According to the New York Times, the political advisor to the UAE’s de facto ruler also sought to push the Gulf state’s agenda in Washington through Trump fundraiser Elliott Broidy. The Times reported that Broidy’s company Circinus had received lucrative contracts in the UAE, and that Broidy himself was circulating proposals for an anti Qatar PR campaign in March 2017.

Broidy was a donor to the Hudson event where ‘Qatar: A Dangerous Alliance’ was distributed, the Times and McClatchy reported.

It is not clear how much of a success any of the anti-Qatar operations have been. The first YouTube comment underneath the ‘Dangerous Alliance’ video reads: “this video is American propaganda.” The second goes further: “I stand with Qatar”.

Qatar has also spent heavily on lobbying in the US, and earlier this month, Trump welcomed its Emir to the White House.

Whichever side prevails, the Gulf spat has been a boost for PR and lobbying firms. A number of Bell Pottinger’s former employees remain at the heart of global influence operations.

The biography of Charles Andreae on Andreae and Associates’ website states that he was CEO of Bell Pottinger USA between 2004 and 2008.

The Lapis Communications employee named in the Department of Justice filing on the A&A contract, Colin Judd, also used to work for Bell Pottinger helping a UAE government client, according to his LinkedIn profile and A&A’s Strategic associate David Sowells is also listed on the firm’s website as an ex Bell Pottinger employee.

This work is licensed under a Creative Commons Attribution-NonCommercial-NoDerivs 3.0 Unported License

Wochit Politics from last year: “Largest US Military Base Host In Mideast”