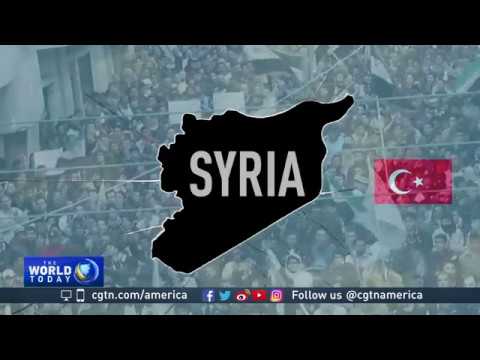 By Nicolai Due-Gundersen | (The Conversation) | – –

On our third trip to Istanbul, my wife and I visited the 19th century Dolmabahce Palace, once the administrative centre of the Ottoman Empire. As we toured the 285-room palace my wife was struck with not just how well preserved it was, but that it was one of at least five palaces from the Ottoman era in Turkey that are now museums open to the public.

This is telling, because it is not something found across the rest of the Middle East and Arab world, where such palaces are still very much in use as palaces – for example, the nine palaces in Jordan. Turkey is a modern republic created from the heart of the former Ottoman empire, established since the 14th century. Few of the other former regions of the empire across the Middle East and North Africa can boast of such a long political history, with countries such as Jordan not yet even 100 years old.

Turkey’s president, Recep Tayyip Erdoğan, is well aware of this fact, and does not distinguish between glorious empire and modern republic. “The Republic of Turkey is also a continuation of the Ottomans,” he declared in a recent speech. The empire is more than a memory. It is a symbol of political clout, and the prospect of once again leading the Muslim world. This symbolic power is captured by the presidential palace at Ankara, a towering structure that puts the mansions of modern-day monarchs to shame. At a cost of over US$500m, Aksaray or “white palace” is bigger than Trump’s White House or Putin’s Kremlin, and has led critics to say the president is acting “like a sultan”.

Echoes of the Ottomans

Erdoğan seeks a return to Islam’s golden age. Increased public finance has been made available for Islamic schools – Erdoğan attended an Islamic school, one that has since been named after him and enjoyed an US$11m upgrade. “The joint goal of all education and our teaching system is to bring up good people with respect for their history, culture and values,” Erdoğan emphasised at a ceremony to reopen his childhood school. These values include an understanding of Ottoman achievements over Western ideas.

This “internal greatness” line of thought parallels Turkey’s increasing participation on the world stage and across the Middle East. Turkey currently enjoys status as a member of the G20 top global economies, and Erdoğan plans to reach the top ten by 2023 – the 100th anniversary of the founding of the Turkish Republic by the secular Ataturk.

Turkey is making itself felt across the Middle East. Erdoğan publicly expressed support for Palestine, visited Algeria and West Africa in February, and has invested in Sudan, including opening a new naval base with direct access to the Red Sea. Turkey’s renovation of Suakin Island, a former Ottoman port has religious significance, as it is a former transit hub for pilgrims headed to Mecca and Medina.

Stronger still than this strategic agreement has been his response to Trump’s decision to unilaterally recognise Jerusalem as Israel’s capital. Erdoğan had already condemned Trump’s actions before the official announcement. When it came, it was not an unelected Arab monarch but the Turkish president who used his position as chairman of the Organisation of Islamic Cooperation (OIC) to call an emergency meeting of Muslim states. In it, Erdoğan decried Trump’s move as a “red line” for all Muslims. Some believe that Jerusalem gave Erdoğan his strongest catalyst yet to stand as the Muslim world’s new leader.

Ziya Meral, of the British Army’s Centre for Historical Analysis and Conflict Research, wrote that Erdoğan is seeking to garner an international response by reaching out to Muslim and non-Muslim leaders, even attacking the American president personally. “Hey Trump! What do you want to do?” Erdoğan demanded last December. “Political leaders do not stir things up, they seek to make peace!”

At the same time, Turkey, like its Arab counterparts, must balance rhetoric with reality. As with Jordan, Turkey has diplomatic ties to Israel, although these were frozen between 2010 and 2016 after Israeli commandos raided a Turkish ship during the 2010 Gaza blockade. However, the pragmatics of ensuring access to energy saw relations resumed.

With Turkey’s military foray into northern Syria, the Arab world is paying more attention to Ankara. Erdoğan claims Turkey’s activities around the border town of Afrin are to counter Kurdish militias with ties to the Kurdistan Workers’ Party, which Turkey deems a terrorist group.

The incursion across the Syrian border comes in the wake of the attempted military coup in July 2016, and subsequent purge of military and public officials. Einat Elazari of Global Risk Insights claims Afrin is further evidence that Erdoğan has regional ambitions that will be attained through hard power, even at the expense of other states: something that could be bad news for Egypt and Saudi Arabia.

Erdoğan’s emergency meeting over Trump’s Jerusalem announcement concluded with the pledge of all attendees to fight terrorism and overcome sectarianism. “As Muslims, we cannot overcome our difficulties without achieving unity in spite of our differences,” he concluded. It would appear that despite Turkey’s differences with the Arab world, its capacity to exert influence over them should not be overlooked.