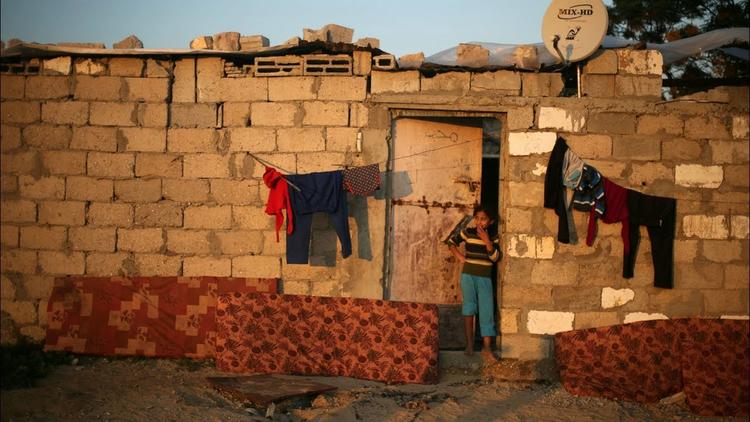 In the aftermath of the chemical weapons assault that suffocated to death over 80 men, women and children in the town of Douma, eastern Ghouta, this weekend British Prime Minister Theresa May issued a stern warning to the highest levels of the Syrian government:

“The regime and its backers, including Russia, must be held to account,” she said. This was an “utterly … barbaric attack”.

Former foreign minister William Hague is recommending missile strikes against the Assad regime whilst Tony Blair has waded in on the debate to persuade May that she does not need Parliament’s approval for air strikes.

US envoy to the UN, Nikki Haley, said that Russia has the “blood of Syrian children” on its hands whilst US President Donald Trump has promised that there will be a “big price to pay”.

The chemical attack was indeed barbaric, but the complete lack of integrity these politicians have displayed in dealing with other crises in the Middle East has led to questions over the sincerity of these statements and whether they really have the best interests of the Syrian people at heart.

Let’s start with Donald Trump. The US president has called for a ban on Muslim immigration and likened Syrian refugees to snakes that will kill the US with “vicious” and “poisonous” bites. Early last year Al-Assad came out in support of this ban arguing that it targeted terrorists and not the Syrian people.

Nikki Haley has blocked a UN Security Council statement urging restraint and an end to violence along the Gaza-Israel border twice, even though 32 Palestinians have been killed by Israeli forces since the Great March of Return protests began, including one journalist who was wearing a vest clearly marked “PRESS”.

Addressing a demonstration outside Downing Street, Labour leader Jeremy Corbyn condemned Western silence around Israel’s actions against the Gaza protesters, called on the British government to get behind the UN inquiry, and to review the sale of arms. Last year alone the UK licensed $220 million worth of arms to Israel, which in part explains its silence on Gaza.

Whilst the US and the UK are appalled by this weekend’s attack on Syria, they have no qualms about selling billions of dollars worth of weaponry to Saudi Arabia, which is leading a coalition of countries currently bombarding Yemeni civilians, schools and hospitals. In fact on 9 April Saudi-led coalition air strikes killed 15 people in Yemen, but it’s unlikely you even heard about it.

Britain is now the second biggest arms dealer in the world and two thirds of this trade goes to the Middle East. Last year Britain sold over $5 billion worth of arms to Saudi and it is well aware that this military equipment might have been used to slaughter civilians because other members of parliament and human rights organisations have presented the evidence directly to them.

Whilst the British government is seeking an independent fact-finding mission and investigation into whether Al-Assad is responsible for the chemical weapons attack it has blocked a UN inquiry into claims of war crimes and civilian deaths in Yemen.

Last year the UK also sold $24 million worth of arms to Egypt, despite the fact that military strongman Abdel Fattah Al-Sisi has imprisoned 60,000 political prisoners and is torturing them to death. It was Hague who was foreign secretary at the time of the Rabaa massacre in Egypt when the army slaughtered over 1,000 protesters in the streets. He merely responded that he was “deeply concerned” before his government pressed ahead with trade deals in the country.

During 2017 the monitoring organisation Airwars revealed that civilian deaths from US-led coalition air and artillery strikes in support of local ground forces in Iraq and Syria increased by 200 per cent; 13,000 civilians in Iraq were killed that year yet the UK sold $176 million worth of arms to the country.

It’s unlikely Britain will ever forgive Blair for the role he played in Iraqi suffering – according to a poll conducted by YouGov a third of British people want to see him tried as a war criminal for knowingly misleading parliament.

In the last few weeks Theresa’s May’s government has been embroiled in a number of controversies at home, though being the weak leader that she is May has failed to take action. Two days ago Home Secretary Amber Rudd said that there is no link between police cuts and the rise of violent crime despite the fact that the department of which she is the head put together a report that concluded just this. Desperate to save herself, Rudd said she hadn’t seen the report.

Our Foreign Secretary – who should have been sacked months ago – Boris Johnson faced criticism after declaring that the UK’s defence research laboratory had been “absolutely categorical” that the nerve agent used in the attack on the Russian spy and his daughter in Salisbury had originated in Russia when in fact they could not establish that it had been made there.

The foreign office then deleted a tweet blaming Moscow for the attack and Johnson attempted to shift the attention on Corbyn, labelling him “the Kremlin’s useful idiot”. This is the same foreign secretary who said that the Libyan city of Sirte can be the next Dubai once the dead bodies are cleared away.

Whether it’s foreign or domestic policy Theresa May cannot hide the hypocrisy of certain members of her government, it’s becoming more and more overt. The government is right to criticise the latest barbaric attack on the Syrian people, but it cannot blame us if we don’t trust a single word it says.

Euronews: “Life in Gaza after 10 years of Israeli blockade (360 video)”