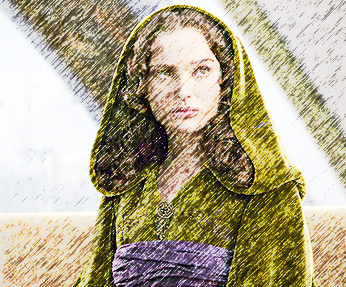 Natalie Portman has declined the award of the annual Genesis Foundation Prize in Jerusalem on the grounds that she is distressed by recent events.

The Academy Award-winning actress, who was born in Jerusalem and is an American and Israeli dual citizen, said that she “cannot in good conscience move forward with the ceremony.”

Her representative issued a statement saying, “Recent events in Israel have been extremely distressing to her and she does not feel comfortable participating in any public events in Israel.”

Portman has been a strong supporter of Israel and rejects the Boycott, Divestment and Sanctions movement. She has said in the past that she disapproves of people who become prominent and then denigrate Israel.

It seems to me that this past position makes her announcement all the more powerful.

Ms. Portman had been announced as the fifth laureate of the $1 mn. Genesis prize late last fall. Many of the awardees have been personally wealthy and have regifted their prize money to the foundation. Ms. Portman continued that tradition, funding a program to advance women’s rights and equality. That program was supported by Israeli philanthropist Morris Kahn, who donated a further $1 million for a Genesis-Natalie Portman initiative on women.

Her abrupt withdrawal thus must have come as a high-voltage shock to the foundation, which has cancelled the June awards ceremony.

Although Ms. Portman’s laconic announcement does not spell all this out, it seems most likely that it was the involvement of the Prime Minister’s office in the prize that caused her to withdraw at this time.

Prime Minister Binyamin Netanyahu is allegedly closely involved in the decisions of the foundation and it was rumored that he had nixed giving the 2018 award to US supreme court justice Ruth Bader Ginsburg for fear that it would annoy Donald Trump, of whom Ginsburg has been overtly critical. Genesis denies these rumors. Ginsburg was given a Genesis lifetime achievement award in fall of 2017.

Again, Ms. Portman did not say explicitly what so disturbed her, but I think I will be forgiven for the educated guess that it was Prime Minister Binyamin Netanyahu’s decision to order his troops to shoot dead some 40 unarmed Palestinian children and other peaceful civilians at the Gaza border fence and to use live fire to wound hundreds more.

The actions of the Israeli army and of its commanders, including Mr. Netanyahu, are war crimes. A systematic series of war crimes becomes a crime against humanity, an infraction of which Mr. Netanyahu is certainly guilty.

Ms. Portman is a vegan who does not approve of harming animals, and she has also been involved in refugee rights. Mr. Kahn, who supported her initiative on women at Genesis, has also been an activist on refugees.

In addition to the murders committed by the Israeli army at the Gaza border (when you kill unarmed peaceful people on their own territory, that is murder, not a “response” to “clashes”), the Netanyahu government has been expelling thousands of African refugees who came to Israel because its government had announced sympathy with their plight. Israeli mobs have often mobilized against these refugees, chanting racist slogans.

In the age of Trump, Mr. Netanyahu will face no formal justice for his crimes in Gaza and the West Bank against the 4.5 million Palestinians over whom he malignly rules.

Ms. Portman’s announcement shows, however, that the turn in Israel to the increasingly brazen deployment of a lawless and fascist set of policies does have public costs, even among faithful Jewish supporters of the state.

It should also be underlined that Ms. Portman’s decision showed extreme bravery. Public persons who criticize Israel openly are often viciously targeted by the Zionist right wing in the United States, and she could suffer professional and personal reprisals. In fact, social media is abuzz with calls for her to be attacked and refuted on the part of the American Likud.

Concluding parable: Padme Amidala, Queen of Naboo and Luke Skywalker’s real mother, gradually realized that her husband Anakin Skywalker had gone over to the dark side.