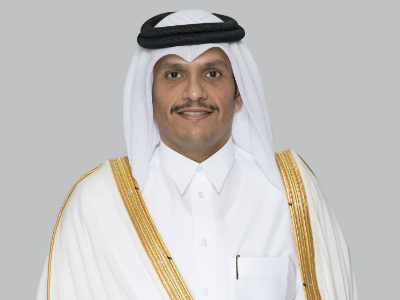 Qatari Foreign Minister Mohammed bin Abdulrahman Al Thani has said that Saudi Arabia’s ultimatum over Doha sending troops to Syria or losing US support is not even worth responding to.

“This statement [by the Saudi Foreign Ministry] is not worthy of an answer. Qatar refutes the brainwashing of the public opinion in the Arab world in such a way,” RT quoted Thani as saying on Saturday.

He added that the Saudis would not be able to manipulate the public with such statements because “Arab consciousness is much greater than what they imagine.”

On Wednesday, Saudi Arabia’s Foreign Minister Adel al-Jubeir said that Qatar must “send its military forces [to Syria] before the US president cancels US protection of Qatar, which consists of the presence of a US military base on its territory.”

He added that if Washington withdrew its troops from Qatar the country would fall “in less than a week.”

Jubeir made the remarks hours after US President Donald Trump urged wealthy Middle Eastern countries to increase their spending in Syria in a bid to contain Iran after the collapse of the Daesh terrorist group in the Arab country.

“Very rich countries are in the Middle East. They have to make major contributions. They have not been doing it as they should. A major topic that we discussed a little while ago: They have to step up tremendously — not a little bit, but tremendously — their financial effort,” Trump said in a press conference with French President Emmanuel Macron.

Qatar currently sports the largest US military compound in the Middle East. Al-Ubeid base has been the center of the US-led operations against Daesh. On the other hand, Qatar’s army is one of the smallest in the region, with only around 12,000 forces.

The Saudi-led bloc then presented Qatar with a list of demands and gave it an ultimatum to comply with them or face consequences.

Doha, however, refused to meet the demands and denounced them as unreasonable and interference in its domestic affairs.

Several mediation attempts to end the rift have so far failed, with recent reports saying Riyadh and its allies are still sticking to their sweeping demands.