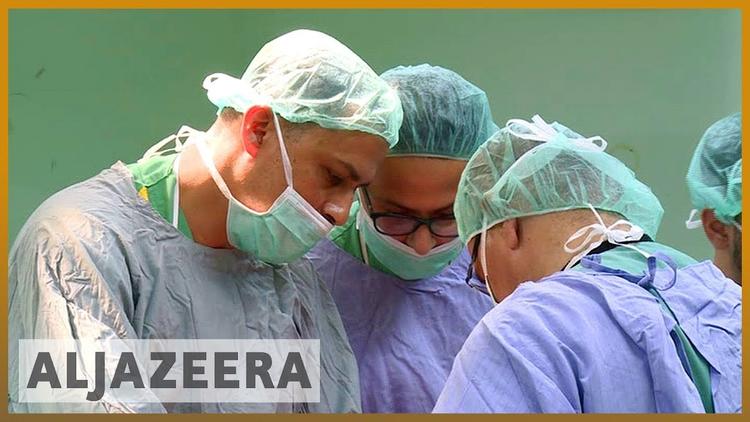 The Israeli army snipers who were ordered to shoot unarmed Palestinian protesters last Friday at the Gaza border, killing 17 outright and wounding hundreds of others, were acting according to the contemporary script of Middle Eastern dictators.

The Israeli army initially admitted in a tweet that the tactic was premeditated and precise, but then deleted the tweet, as the Israeli peace group B’tselem pointed out:

"We know where every bullet landed".

This is how the Israeli army brags about shooting 773 Palestinians with live fire.

Thanks to @btselem for capturing this deleted tweet, revealing the pride the IDF feels about the casualties they inflicted on unarmed protesters yesterday. pic.twitter.com/S9ufrQkjCf

Sociologists who study how people mobilize to challenge an oppressive situation have noted that one possible response of any regime under pressure from below is to raise the cost to dissidents of their social action.

Imposing the death penalty is of course the ultimate in raising such costs. But randomly shooting into crowds is more than just threatening people with death. It is a means of terrorizing the dissidents. Simply taking hundreds of people out and executing them has dangers as a course of action for the oppressive rulers, as well, inasmuch as it threatens to create large numbers of martyrs and impel reprisals. Moreover, large massacres can impose costs on the regime in the form of boycotts from other states or civil society actors. Randomly shooting into a crowd, killing a few people but wounding many others, has the advantage for the regime of creating uncertainty and fear.

This tactic was deployed during the youth protests of 2011. Secret police in Tunisia shot into peaceful rallies in provincial towns in late December 2010 and early January 2011 and then denied it and ordered the state press not to cover it. Blogger Lina Ben Mhenni took her smartphone to the hospitals down there and got pictures of and interviews with the victims and put them up at her blog (very bravely, since the regime could have direly punished her; but it fell before it could do so).

In Sana’a, Yemen, during the demonstrations at Change Square, dictator Ali Abdullah Saleh had his troops occasionally fire into the crowd. In one such incident one night, 350 people were injured. Over time a couple thousand people were killed in this way (that is, being sniped at by professional soldiers while peacefully protesting– I’m not talking about clashes among fighters).

In Syria in 2011, the regime would station snipers on rooftops above town squares around the country. In each town a few people would be killed at each demonstration this way by army live ammunition. The regime was trying to discourage rallies by raising their cost, and indiscriminate such fire is a force multiplier, since the uncertainty of where the bullet will come from and whom it will strike is excruciating. Syria’s brave protesters never were cowed by this cowardly tactic, and even today would protest if they were allowed to.

One downside of sniping unarmed noncombatants is a negative reaction from other countries. Israel’s current far right wing leadership does not worry about that. They think that the US and the UK are the only countries that matter. Like Putin, they have tried to shape the US political scene to suit them, targeting uncooperative congressmen and senators for reprisals. This is not only a matter of campaign donations by the Israel lobbies but of government covert ops. They also
do this in the UK.

Of 535 members of Congress, exactly one, Bernie Sanders, has condemned the massacre.

The Likud Party can also rely on an American television news blackout. Palestine is almost never reported on the airwaves and when it is, it is replete with propaganda. There are even problems with print news.

“By my count, there are currently 163 stories on the @nytimes home page and 116 on @washingtonpost but not 1 is about the Israeli massacre in Gaza, which was featured in print by both. There is also no mention among 126 stories on @CNN’s US home page, or in 100 stories on @latimes .”

Academics in communications departments should look into this remarkable phenomenon. How it is arranged?

Be careful, though— even professors can be fired.

Moreover, dictators such as Egypt’s Hosni Mubarak, had no bigger boosters than the Likud government in Israel.

So it is not really surprising that the Israeli military would adopt the same tactics as its peers, with which it often collaborates in maintaining the rotten status quo.