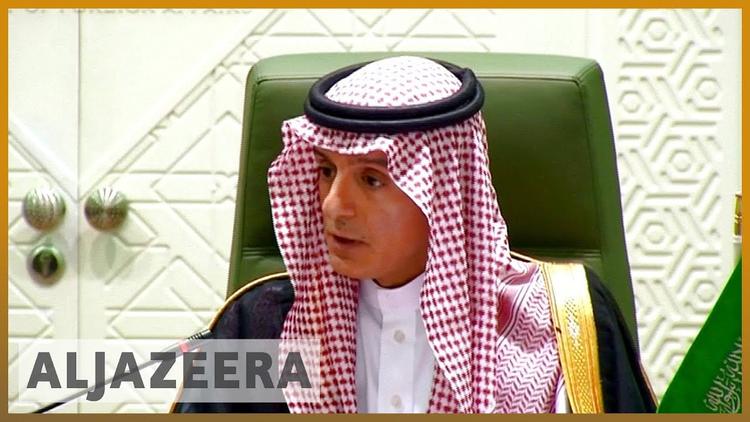 President Trump’s determination to withdraw US troops from eastern Syria by October, so that GOP candidates for representative and senator can run on having defeated ISIL and having then brought the troops home, has created a policy dilemma for the Department of Defense and for the National Security Council.

Apparently, Trump’s plan to get out has been unaffected by the alleged gas attack at Douma or the US, British and French punitive missile strikes on Syrian military facilities (attacks that likely did little damage to the Syrian military).

Trump’s plan to bring US troops back out resolves diplomatic problems with Russia, Damascus and Turkey.

The plan raises questions, however, on several fronts. Without US presence and backing, will the Kurds be willing and able to stay in Arab southern Raqqa and parts of Deir al-Zor?

Without the US troop presence, will ISIL remnants be able to regroup and take back territory in eastern Syria, reconstituting a mini-caliphate from which they can plot further attacks on Paris and perhaps on Iraq?

The US policy elite had hoped to use its presence in eastern Syria to block overland truck shipments of weapons to Lebanon’s Hizbullah from Iran. Would Iran be strengthened by Trump’s departure from that region?

At the suggestion of the notoriously unstable and corrupt Newt Gingrich, Trump appointed as his national security adviser the perpetually angry, aide-abusing, dishonest warmonger John Bolton (who has shadowy ties with the People’s Jihadi Organization or MEK of Iran, which was long on the terrorist watchlist). Bolton wants to create a Sunni Arab patrol in the region which could prevent any resurgence of ISIL and could block the Iranian truck trade coming from Iraq.

Here are the problems with Bolton’s wild-eyed and impracticable plan:

1. He wants Egypt to be part of it. Egypt’s ruler, Abdel Fattah al-Sisi, tilts toward the government of Syrian dictator Bashar al-Assad. Both dictators are fighting Sunni fundamentalist insurgencies in the name of nationalism. For al-Sisi, anyone who is crushing the Muslim Brotherhood can’t be all bad. He will therefore not be inclined to get involved with a military adventure in eastern Syria that might interfere in the prospects of Syrian government reassertion in that area after the defeat of ISIL. Moreover, Egypt’s officer corps is congenitally allergic to military adventurism. They absolutely refused to send troops to Yemen (the Egyptian army had been mauled there in the 1960s), despite the entreaties of the Saudis and the United Arab Emirates, which have given al-Sisi billions in aid. Egypt’s military is also tied down with a major domestic insurgency in the Sinai, and feels stretched thin. So the Egypt piece is likely a non-starter and if Bolton suggested it, he was displaying his unplumbed depths of ignorance.

2. While Saudi Arabia and the UAE might be willing to send troops to eastern Syria, they are highly unlikely to be effective there. The Syrians don’t want them there, and neighboring Iraq wouldn’t want them there either. They aren’t very good militarily and have botched their joint Yemen war since launching it in 2015 (and sometimes their clients have even fought one another!).

3. Having defeated the extremist ISIL in eastern Syria and liberated its population from the harsh rule of its uber-Salafi minions, it would be cruel and unwise to deliver them into the tender mercies of the Saudi Wahhabis, who have a rigid and extreme interpretation of Wahhabism, an ideology that helped inspire ISIL in the first place! Many Saudis have a sneaking admiration for ISIL, and the possibility of collusion between Saudi troops ISIL remnants cannot be ruled out. Send in liberal Sunni YouTube stars, not Wahhabis, if you want to help people readjust to the real world.

4. The daft idea in Washington that somehow Iranian overland smuggling routes can be blocked in eastern Syria falters on several basic facts. The border is very long and very porous. Trucks can go off road. And some observers maintain that Iran flies in the military supplies for Hizbullah to Damascus Airport.

5. The Syrian government and its Shiite militia allies over time will raise the cost for the Saudis and the UAE to stay on their soil. If Hizbullah was able to get Israel back out of southern Lebanon after an 18 year occupation, it can get a few Saudi troops out of Deir al-Zor. If Yemen is any indication, anyway the Saudis will be unwilling to put very many boots on the ground.

Trump’s refusal to spend the $200 million slotted for reconstruction aid in eastern Syria, after US fighter jets reduced its cities to rubble in the course of defeating ISIL, points to how mean-spirited and impractical his plans are.

The US has about 2,000 special operations forces embedded with the leftist Kurds of the YPG (people’s protection units) in northeastern and eastern Syria. Those YPG fighters, along with some rural Arab clansmen, did the hard on-the-ground fighting against ISIL and took its capital of Raqqa. Only a few pockets of ISIL fighters remain, in Deir al-Zor province. The YPG fighters were able to do so well because the US trained and equipped and advised them, and gave them air support, knocking out ISIL sniper nests, armored vehicles, and mortar emplacements.

The YPG are the paramilitary of the Democratic Union Party, a Kurdish nationalist party. The YPG is hated by the fundamentalist Arab rebels, who are latent Arab nationalists, and who accuse the Kurds of expansionism and of ethnic cleansing of Arab villages in the course of seeking a compact Kurdish super-province they call Rojava. Kurds speak an Indo-European language related to Persian and English. Arabs speak a Semitic language related to Hebrew and Amharic.

So, the US strategy of using the YPG to conquer majority-Arab Raqqa Province and parts of all-Arab Deir al-Zor is politically risky, since there could be a strong local backlash to Kurdish suzerainty.

The US dependence on the YPG also drove the government of Turkey absolutely crazy, since they see the YPG as an affiliate of the Kurdistan Workers Party (PKK), an eastern Anatolian guerrilla movement seeking more Kurdish autonomy inside Turkey (where 20% of the population is Kurdish), and which Turkey and the US brand as a terrorist organization. The US does not concur that the YPG has the PKK in its command line or that it is a terrorist group. Turkey decided to try to break up the US-YPG alliance this winter and spring by invading Syria to conquer and ethnically cleanse the westernmost Kurdish enclave, Afrin, which had no embedded US troops and had not been directly involved in the fight against ISIL at Raqqa. Afrin was thus a sitting duck for Turkey, and its troops, supported by fundamentalist Arab Muslim guerrillas, have taken the main city of the canton and many of its villages, sparking an exodus of Kurds and allowing Turkey to resettle Arab fundamentalist allies along its border with Syria to create a security belt against the Syrian Kurds north of Afrin.

Russia and its client, the Syrian Baath government of Bashar al-Assad, also object strenuously to the US presence in eastern Syria and the apparent attempt to create an autonomous Kurdish-ruled entity there. That is one reason Trump seems eager to get out.
—–

?? Saudi in talks with US over troop deployment in Syria | Al Jazeera English