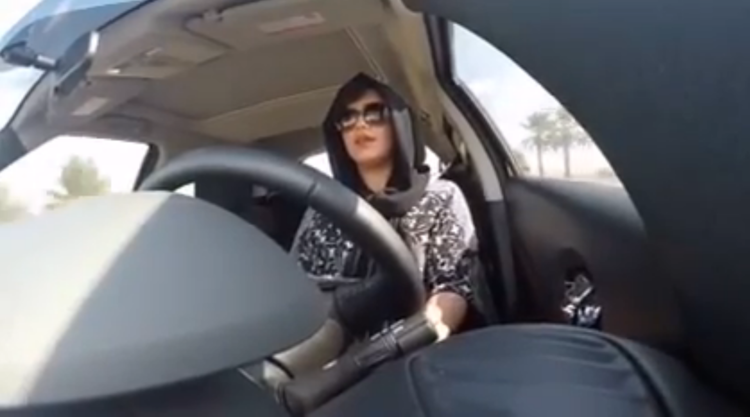 Beirut ( Human Rights Watch) – Saudi authorities since May 15, 2018, detained a total of seven prominent women’s rights defenders, Human Rights Watch said today. The activists have long advocated ending the ban on women driving and abolishing the discriminatory male guardianship system. Among those arrested are Eman al-Nafjan and Lujain al-Hathloul, along with two male activists, but authorities have not revealed the reason behind the arrests.

Saudi rights defenders said that in September 2017 the royal court had called the country’s prominent activists, including some of those just detained, and warned them not to speak to the media. The calls were made the day the authorities announced that they would lift the driving ban on women in June. Saudi authorities should release the activists immediately or charge them with a recognizable criminal offense. “Crown Prince Mohammad bin Salman’s ‘reform campaign’ has been a frenzy of fear for genuine Saudi reformers who dare to advocate publicly for human rights or women’s empowerment,” said Sarah Leah Whitson, Middle East director at Human Rights Watch. “The message is clear that anyone expressing skepticism about the crown prince’s rights agenda faces time in jail.” Al-Nafjan and al-Hathloul have publicly advocated an end to discrimination against women for many years. They signed a September 2016 petition, which had more than 14,000 signatures, to King Salman asking him to abolish the male guardianship system. Under Saudi’s male guardianship system, women are not allowed to travel abroad, marry, or obtain a passport without the permission of a male guardian, who can be their father, husband, brother, or even their son. The activists had also participated in a campaign against the driving ban before the announcement that it would be lifted in June. Authorities previously arrested al-Hathloul in November 2014 after she drove herself from Abu Dhabi to the Saudi border and attempted to cross. She was held at a juvenile detention center for 73 days before being released in February 2015. Authorities detained her again in June 2017 when she arrived at Dammam airport but released her after several days. Saudi authorities have long repressed activists and dissidents for peaceful activities. Since 2011, the courts have convicted nearly 30 prominent activists and dissidents. Many received sentences of 10 or 15 years largely under broad, catch-all charges designed to criminalize peaceful dissent. They include “breaking allegiance with the ruler,” “sowing discord,” “inciting public opinion,” “setting up an unlicensed organization,” and vague provisions from the 2007 cybercrime law. Since 2014, Saudi authorities have tried nearly all peaceful dissidents in the Specialized Criminal Court, Saudi Arabia’s counter-terrorism tribunal. Saudi activists and dissidents currently serving long prison terms based solely on their peaceful activism include: