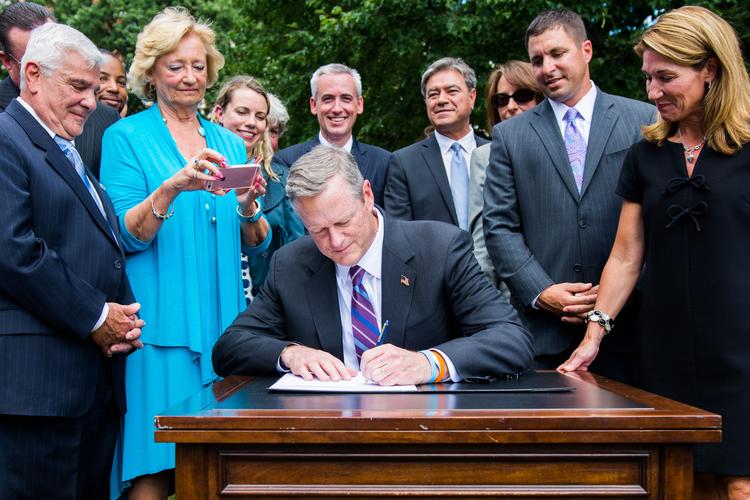 By Matthew Lackner and Erin Baker | – –

There are only five wind turbines operating in U.S. waters today. But that will likely soon change, partly because of states with ambitious offshore wind targets.

Massachusetts, for example, is about to pick one of the three bids it got from companies vying to build one of the nation’s first commercial-scale offshore wind farms. Equipped with the capacity to generate enough electricity to power as many as 150,000 homes, the turbines located about 20 miles southwest of Martha’s Vineyard would be among several big offshore wind projects that could transform the grid.

We lead an offshore wind energy graduate program at the University of Massachusetts that brings together engineering, wildlife ecology, public engagement and political science students. Through this work, we have come to believe offshore will become a major new source of domestic renewable energy for the nation.

Momentum from the market and the states

This new Massachusetts venture is planned to be built only a few miles away from the site that had been slated for Cape Wind, which was supposed to be the first commercial-scale offshore wind project ever built in the U.S. What changed after those plans collapsed in 2015 following a 13-year effort?

Perhaps the biggest momentum is coming from market forces, which have improved. Cape Wind’s troubles stemmed from a mix of high costs and public and political opposition that doomed the project. But the pace of nuclear and coal-fired plant closures has picked up since then.

Meanwhile, the cost of generating electricity through wind off the coast of Europe, the one region where the industry has gained critical mass, has decreased sharply.

Here in the U.S, the Trump administration is approving new leases for offshore wind development. And the industry is gaining state-level support, especially in an East Coast corridor that runs as far south as North Carolina.

Despite Cape Wind’s demise, Massachusetts became the first state to set offshore wind goals in 2016. It aims to install at least 1,600 megawatts of electricity – enough to power over 600,000 homes – by 2027.

Soon after, New York released an even more ambitious master plan, which aims to install 2,400 megawatts of electricity by 2030. Then, New Jersey went further, committing to a 3,500-megawatt goal by 2030.

Besides these three states, another five – Maryland, Virginia, Rhode Island, North Carolina and Delaware – are also moving forward, with federally approved leases to develop offshore windfarms. One in 5 Americans lives in these eight states. The 600,000 jobs the Energy Department predicts that onshore and offshore wind energy will create by 2050 help explain their interest.

Meanwhile, things are moving forward in other states as well. Hawaii plans to rely heavily on offshore wind as part of its goal of getting all its power from renewable sources by 2045. Like states on the West Coast, Hawaii has not gotten federal approval yet for any leases.

When you flip a switch, you expect the lights to turn on. Yet few Americans are aware of the delicate balance between supply and demand that makes it possible for the nation’s lights, appliances and factories to keep humming.

Grid operators ensure different sources of generation, primarily coal, natural gas, nuclear and renewable energy like wind, hydropower and solar, meet demand. This mix varies by region, time of day and season, and the balance between these different electricity sources has changed significantly in the past two decades.

The biggest transformations are the rising share of power derived from natural gas and wind and the decline in coal. As recently as 2000, coal produced more than half of the nation’s electricity, while natural gas contributed only 13 percent, and a combination of wind, solar and geothermal energy powered less than 1 percent of the grid. By 2017, the share of coal-fired power had fallen to 30 percent and natural gas had jumped to 32 percent. The share of electricity from renewable sources aside from hydropower – primarily wind – had hit 8 percent and was growing rapidly.

The share of nuclear power has remained steady at about 20 percent of the national grid, but that will change as many old nuclear reactors are decommissioned.

In New England, for example, the Pilgrim nuclear power plant in Plymouth, Massachusetts, will shut down in 2019. Four nuclear plants serving customers in Ohio and Pennsylvania are now scheduled to close as well.

Meanwhile, the Brayton Point coal plant, the last in New England, also stopped operating in 2017. All told, utilities and state power authorities are retiring about 16 percent of the region’s generating capacity between 2013 and 2021, including coal-fired plant and nuclear reactor closures.

With all the coal and nuclear closures across the country, experts anticipate that the U.S. will need approximately 3 terawatt hours of new capacity by 2050. This projection, which is based on historical trends at a time when the grid is being transformed, is a massive amount of electricity, equal to about three-fourths of all the power Americans consumed in 2017. Filling that gap may be daunting, but it also creates a chance to upgrade the nation’s power infrastructure while helping to tackle climate change.

Even with an impending burst of demand for new power sources, the offshore wind industry would not be nearly as promising if not for the plunging prices seen in Europe, where the industry has already taken off.

In 2010, electricity generated through offshore wind off the European coastline cost around 17 cents per kilowatt hour, more than twice what utilities were paying for power derived from burning gas and coal. The price fell to around 13 cents by 2017. But when Germany and the Netherlands recently awarded some of the first unsubsidized offshore wind contracts, bids had fallen to as little as 6 cents.

What’s driving this decline? A number of factors. Wind turbine blades keep getting longer, doubling in length since 2000. These blades are now nearly as long as football fields – about 270 feet – on 8-megawatt turbines. The extra length means they capture more power, generating more revenue from every turbine.

In addition, offshore wind turbines have grown more reliable, and government subsidies and mandates have incubated and sped the development of Europe’s industry. While electricity from U.S. offshore wind farms will initially cost system operators more in the U.S. than in Europe – as is common with any breakthrough projects – we predict that prices will fall once the market gets bigger here.

The Energy Department projects that there will be a total 86 gigawatts of U.S. installed offshore wind capacity by 2050, about 7 percent of the capacity of today’s grid and only 4 percent of the vast potential to harness this kind of energy. Given the speed with which prices are falling in Europe, we believe that offshore wind could ultimately play an even bigger role than that, especially should the federal government again make fighting climate change a top priority.

This article has been updated to correct the number of offshore wind turbines operating in the U.S.