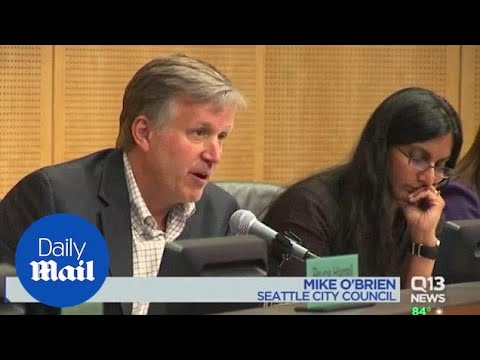 Seattle is the third U.S. region with highest number of homeless people, but Amazon and Starbucks think the move is hostile toward them.

The Seattle city council approved a new “head tax” to its largest businesses, such as Amazon and Starbucks, to help fund homeless emergency services and affordable housing, and companies are not happy about it.

Seattle’s rapid economic growth has led to increasing prices and a housing crisis, as rent prices are going up leading more and more people to not being able to afford them, making it the third region with the highest number of homeless people in he U.S.

To fight back against the problem, the city council unanimously voted in favor of the new tax plan Monday, charging businesses that make more than US$20 million in gross revenue with a US$275 tax a year per each full-time worker they have, lower than the US$500 initially demanded, starting in 2019.

The council expects to collect about US$48 million a year from this tax, which would be used for pay for affordable housing programs and emergency homeless services.

But the affected large business groups, about 600 employers that have in turn benefited by Seattle’s economic boom, have opposed the legislation and have even threatened the council.

Amazon, the Seattle based e-commerce giant and the city’s largest employer, threatened the council with halting the construction of a 17-story building and called the measure a “tax on jobs” if the initial US$500 tax was passed.

“We are disappointed by today’s City Council decision to introduce a tax on jobs,” said Amazon Vice President Drew Herdener. “While we have resumed construction planning for Block 18, we remain very apprehensive about the future created by the council’s hostile approach and rhetoric toward larger businesses, which forces us to question our growth here.”

Herdener thinks that instead of increasing taxes for businesses, the city should improve its finance managing, and even called the council “anti-business.”

“City of Seattle revenues have grown dramatically from $2.8 billion in 2010 to $4.2 billion in 2017, and they will be even higher in 2018. This revenue increase far outpaces the Seattle population increase over the same time period… The city does not have a revenue problem – it has a spending efficiency problem,” he said.

And Starbucks, the other giant from Seattle, isn’t happy either, and its management doesn’t think the council will actually be able to administer the tax and provide people in need with promised benefits.

John Kelly, the coffee company’s senior vice president of Global Public Affairs and Social Impact, thinks in a similar fashion as that of Herdener, and has said the city “continues to spend without reforming and fail without accountability, while ignoring the plight of hundreds of children sleeping outside.”

“If they cannot provide a warm meal and safe bed to a 5-year-old child, no one believes they will be able to make housing affordable or address opiate addiction,” said Kelly.

But as the big Seattle companies, which are among the biggest in the U.S. and the world, are criticizing the legislation, supporters of the law, such as workers unions and church groups, said the tax would help the critical housing situation of the city, as the income gap increases and makes it more difficult for the working class to pay rent.

“People are dying on the doorsteps of prosperity. This is the richest city in the state and in a state that has the most regressive tax system in the country,” said Teresa Mosqueda, member of the city council.

Council member Lorena Gonzalez said she was disappointed with Amazon’s reaction and thinks their message was “clearly hostile toward the city council,” and not what she expected from a business that keeps telling them they want to be a partner on city issues, such as the increasing housing problem.

Being the third region in the U.S. with the highest number of homeless people, the city has been driving reforms to tackle the problem, as at least 169 homeless people died on Seattle’s streets in 2017.

The city spent about US$68 million on homeless programs last year and built homes for 3,400 people. Shannon Brown, who lives in a home at a homeless encampment in south Seattle, supported the measure. “I live in a little shed, but it’s better than living in a tent or in a sleeping bag on the street,” she said, “there’s no away I can afford to live in Seattle. I don’t understand why businesses think it’s wrong to help.”