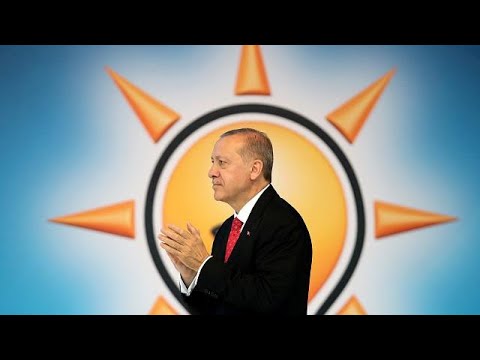 Istanbul (OpenDemocracy) – The rise of authoritarianism in Turkey has gone hand in hand with a de-institutionalization, in favour of what many call the “one man regime”. How long can that last?

On Sunday, May 20, 2018, Turkey’s president Recep Tayyip Erdogan arrived in the Bosnian capital to address supporters living in Europe, ahead of snap elections in his country. The idea that President Recep Tayyip Erdoğan will certainly win the country’s snap general elections on June 24 seems widely prevalent both inside and outside the country. Until recently, even the opposition groups in Turkish society predominantly shared this presupposition on the grounds that given the very high stakes Mr. Erdoğan cannot afford the risk of losing.

It makes sense for Mr. Erdoğan’s opponents to despair, considering the obvious “unfair playing field” during the November 1 re-vote in 2015 and the April 16 referendum last year. The referendum, in particular, is broadly accepted as the first vote since the beginning of free and fair competitive elections in 1950, where electoral fraud, practiced not only on the spot but also at the Supreme Board of Elections (YSK), is widely believed to have changed the results of the vote. Despite all, elections in Turkey are not like the ones in fully-fledged authoritarian systems, where the results are known beforehand. Political scientists agree that in “competitive authoritarian systems”, elections might turn into a show for incumbents since the playing field is heavily skewed in their favor to stay in power.

However, it does not necessarily mean that the opposition has no chance whatsoever. In fact, depending on their ability to go through hoops, the opposition might have a real shot at winning. For reasons associated with both Mr. Erdoğan’s leadership and the strategies of the opposition, I believe that this may be the case in Turkey’s snap vote on June 24.

To begin with, the opposition parties of Turkey seem to be overcoming at last two fundamental diseases that have so far prevented them from making a breakthrough to posing a real alternative to Mr. Erdoğan and his party. First and foremost, they have got over the inability to co-operate and managed to form a strategic alliance against Mr. Erdoğan’s Justice and Development Party (AKP) and its ultra-nationalist ally the Nationalist Movement Party (MHP). The weak and fragmented structure of the opposition in Turkey has always been criticized and, just as in Hungary recently, held out as the main reason behind the success of the incumbent government. Mr. Erdoğan, himself, often complained about the inefficacy of the opposition parties to challenge his government and said more than once that his party’s main luck lay at the lack of a real opposition.

This time, however, being aware of the power of the “leviathan” that they are up against, the opposition parties have so far succeeded in acting in unison at critical moments. Even bringing the vote forward by 18 months failed to catch the opposition parties off guard – these strategic moves seem to have stirred a degree of determination among Mr. Erdoğan’s previously hopeless dissidents in Turkish society.

Under the conditions of the current social polarization in Turkey, which is unprecedented in many ways, and lack of trust between different social sections, this “togetherness” is of course not without its flaws. The exclusion of the pro-Kurdish HDP from the opposition election alliance is certainly the most obvious one.

But, as some analysts argue, this exclusion might strategically work for the opposition as a whole, as it would hinder Mr. Erdoğan from building his entire election strategy on accusing the opposition of allying with “terrorists”, which would certainly consolidate the base of the AKP – MHP alliance as people could easily buy into this.

Therefore, the exclusion of HDP, however problematic it might be, may result in a vote maximization of the opposition alliance as well as the HDP that automatically avoids the risk of losing a part of the Kurdish base potentially repugnant to the nationalist members of the alliance.

Moreover, the success of the opposition in general hinges on that of all opposition parties. In particular, the common project of the opposition to stop and reverse authoritarianism in Turkey is contingent on a post-election parliamentary majority and the continuation of cooperation.

Hence, without HDP surpassing the 10% nationwide electoral threshold to enter parliament, the opposition has no chance to set forth its agenda. For this very reason, a certain part of the voters for the [secularist Republican People’s Party, the] CHP, will very likely choose to vote for [the pro-Kurdish Peoples’ Democratic Party, the] HDP, as they did in the June 7 vote in 2015, to make sure it surpasses the record-high electoral threshold.

Secondly, and perhaps more importantly, for the first time for over a decade, the politics of opposition seems to be able to go beyond the limits set by Mr. Erdoğan and his party. The nativist and identitarian populism of the AKP – MHP alliance that easily polarizes the society along religious and ethnic fault lines, namely those between Turkish – Kurdish, Alevi – Sunni and secular – religious sections of the society, forces people to stay within these boundaries but also to protect them against potential violations and, thus, helps consolidate its base.

In fact, identity politics is a game that falls in Mr. Erdoğan’s area of expertise and if the opposition plays along, he will certainly end up winning. Therefore, in order to beat this strategy, the opposition has always had to come up with and concretize its own vision of future that would be found attractive across different identity groups and not engage in the Kulturkampf launched by Mr. Erdoğan.

The opposition has indeed begun to achieve this since the referendum campaign last year. With very limited means, the “no camp” set aside Erdoğan antagonism and managed to base their campaign on what is good for the future of Turkey. Despite all the election irregularities, the “yes camp” of AKP and MHP won by 51%, which is a low percentage compared to 62% – the vote shares of AKP and MHP combined in the November 1 elections in 2015.

The “Justice March” was initiated by the main opposition CHP leader Kemal Kılıçdaroğlu in June 2017, when he embarked on a march from Ankara to Istanbul, a distance of 450 km, and was joined by tens of thousands of people. The only slogan permitted on the march was adalet (justice) to show that the demand was made for all and not only for the supporters of a political party. When the march ended in Istanbul with a rally joined by more than a million people from the entire opposition, a new slogan to attract people across identities and to go beyond all the limits set by Mr. Erdoğan was born: adalet!

Nevertheless, the potential of the June 24 snap vote to turn everything upside down in Turkey does not only arise from the rising capacity of the opposition to become an alternative but also from the undeniable fact that Mr. Erdoğan’s government also has its problems. The sustainability of authoritarian regimes heavily relies on their capability to adapt and regenerate. But Mr. Erdoğan’s leadership has surprisingly begun signaling that it may have reached its limits. The rise of authoritarianism in Turkey has gone hand in hand with a de-institutionalization and the subsequent construction of what many call the “one man regime” embodied exclusively by Mr. Erdoğan’s leadership. The new regime’s failure to institutionalize and desperate dependency on the leader undermine its capacity to deal with new challenges, putting too much burden on his shoulders. It is only he who can enthuse the masses and motivate the party organization.

Erdoğan, for his part, has long been dissatisfied with the performance of AKP’s local organizations, warning them often against what he calls “metal fatigue”. Although no one within the party has so far dared to discuss it, Mr. Erdoğan is not immune to this fatigue either. Expecting to catch the opposition parties unprepared, he brought forward the elections by 18 months but seems no more prepared than the other candidates do. Relying solely on the entire state apparatus and media that he controls, Mr. Erdoğan gives two or three speeches a day, in which he mostly repeats himself and has trouble offering something new to the public.

In previous elections, his self-confidence was so great that it worked even when he was repeating himself. This time, however, for the first time Mr. Erdoğan himself has been heard to admit that he could really lose the elections, giving the opposition the uniting slogan: Tamam! (Enough!)

This may have caused Erdoğan some alarm. His recent gaffes that gave uniting mottos to the opposition have been seen as an expression of this panic. As opposed to what many in the opposition believe, the race will be too tight to rely on election irregularities.

Let us not forget that Mr. Erdoğan came to and stayed in power by claiming to imagine “the unimaginable” for Turkey. His government has not only launched mega or what he calls “crazy” projects but also initiated the “peace process” that many depicted as “historic” to end the 30-year conflict with the Kurdistan Worker’s Party (PKK). This was how the AKP developed the discourse of “New Turkey”.

Nevertheless, ever since the stumbling following the June 7 elections in 2015, the center of Mr. Erdoğan’s political activity has been to stay in power. Considering what has happened in Turkey since then, among other things Mr. Erdoğan’s project to stay in power has cost it dear with the loss of tranquility in the country. Main opposition CHP presidential candidate Muharrem İnce has summed this up well enough: “His (Mr Erdoğan’s) project is to construct new bridges, my ‘crazy’ project is to build peace”. Maybe this time the opposition can capture hegemony over the “New Turkey” perspective, prising it away from Mr. Erdoğan.

Euronews: “Erdogan calls on Turks to defend their currency”

Edgar Şar is currently a doctoral researcher in Political Science at Boğaziçi University, Istanbul. He is currently a contributor at Medyascope.tv, and co-founder of the İstanbul Political Research Institute (İstanPol). Follow him on Twitter at @edgarsar91