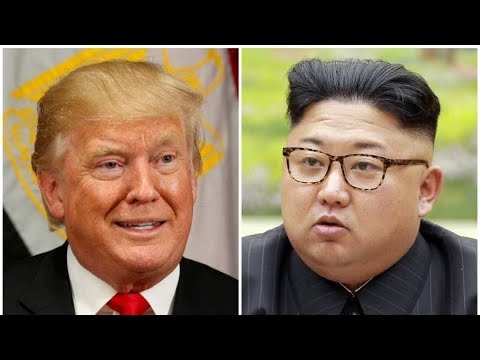 Trump’s petulant letter to North Korean President Kim Jong Un cancelling the planned Singapore summit between the two leaders was all but foreordained. The entire endeavor was poorly conceived and badly planned, and attended with fantastic, typical Trump snake oil and hype.

North Korea does not have the slightest intention of renouncing its nuclear weapons. Its leadership might be willing to scale back some programs and act less provocatively in some ways, but denuclearization is a fantasy. Those who point to past successes in this regard neglect one key variable: No country that has ever actually developed a bomb has ever given it up. Countries have given up programs which had the potential ultimately to produce a weapon. Iraq renounced its experiments with nuclear enrichment in 1991. Argentina and Brazil pulled back from the brink when civilian governments replaced the old military juntas. South Africa mothballed its small, ineffective program with the coming of a post-Apartheid democracy. Libya traded some old blueprints and a few rusty pieces of equipment for sanctions relief in 2004.

The Republican Party’s ridiculous exaggerations, then and now, about what actually happened in Libya, fed into the current hype. National Security Adviser John Bolton suggested the 2004 process with Libya as a model for the negotiations with North Korea. He was misunderstood by everyone, including Trump and North Korea, as having referred to the very different 2011 Libya Revolution, backed by the United Nations and NATO, in which dictator Moammar Gaddafi was overthrown and killed. The latter was not relevant to Bolton’s comments. Having a nuclear bomb would not have protected Gaddafi from a popular revolution, though it might have forestalled a UN no-fly zone of the sort the Security Council imposed at the instance of the International Criminal Court.

In fact, Libya was never within a light year of having a nuclear weapons capability (the nearest solar system to earth, Alpha Centauri, is four light years away). The old false claims of 2004-2005 that George W. Bush’s illegal invasion and occupation of Iraq had scared Libya and Lebanon straight was not true then, and is not true now. Bolton put his foot in his mouth by living with the lies of the last decade instead of the present one.

But given what ultimately happened to Gaddafi, Pyongyang at least feigned to be extremely offended at the comparison, one that was repeated by vice president Mike Pence when he said that if North Korea did not give up its nukes, Kim Jong Un might end up like Gaddafi. North Korea responded by calling Pence a “political dummy,” thus angering Trump.

It may be that the two sides misunderstood the rules of permitted political rhetoric. In authoritarian regimes, it is often allowed to criticize officials below the president. Pence violated that rule by comparing Kim Jong Un to the very dead and disgraced Gaddafi. North Korea responded by criticizing Pence, not Trump, which they may have believed was a way to deliver a message without causing Trump to lose face. Trump, however, took the attack on Pence as a sign of disrespect. Trump doesn’t have the slightest idea what he is talking about.

The petulant tone of Trump’s letter to Chairman Kim, for all the world like a jilted lover (“you still have my phone number if you, like. . . wanted to call..”) itself demonstrates how personalistic and unserious the whole affair was.

A successful summit with North Korea would have required recognition that Pyongyang routinely engages in cartoonish agitprop. It would have had realistic goals, not denuclearization and a Nobel prize for Trump. It would have been carefully planned by senior state department officials (hundreds of whom have already fled the department in horror at Trumpism and fear for their jobs, which Trump is abolishing.)

It was all vapor, like Trump himself. If it weren’t for the Murdoch press and television and the army of Russian, United Arab Emirates, Saudi and Israeli internet robots, and if it weren’t for the pusillanimous character of the Republican Party, which is afraid to call out Trump on his horse manure, no one would ever have taken this thing seriously to begin with.