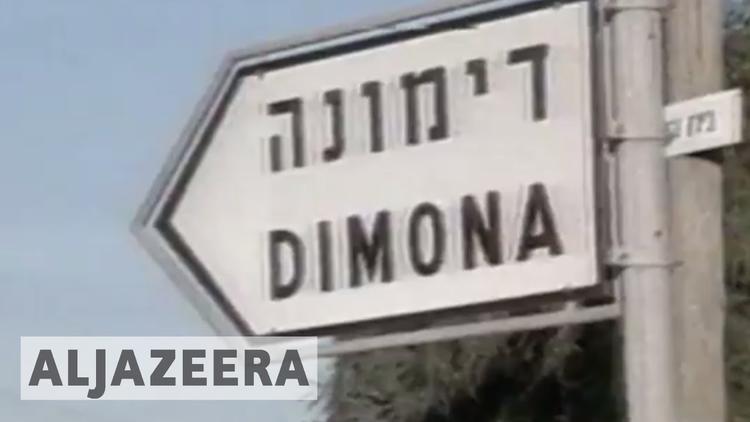 Recently there was an extraordinary moment on corporate TV. Late last month CNN’s Chris Cuomo asked Israel Prime Minister Benjamin Netanyahu: “Does Israel have nuclear capabilities and nuclear weapons, yes or no?” Netanyahu responded evasively, claiming: “we’ve always been the first to say we wouldn’t introduce it so we haven’t introduced it.” After Cuomo continued to press for a “yes or no answer,” Netanyahu said, “That’s as good an answer as you’re going to get.”

As The Intercept’s Glenn Greenwald noted in response to the exchange between Cuomo and Netanyahu, “Kudos to @ChrisCuomo for pressing Netanyahu on that little uncomfortable fact that is typically ignored: the only country in the Middle East with a proven, clandestine nuclear weapons stockpile is . . . Israel. And the rogue state refuses to join the NPT.”

While the Trump Administration professes possible progress toward “denuclearization of the Korean peninsula” and worries about purported Iranian violation of its anti nuclear deal, virtually no one in government or the media is paying attention to the multiple megaton elephant in the room. That is the Israeli nuclear weapons program, estimated as the 6th largest in the world, after the US, Russia, China, England, and France. As with the US, the development of an aggressive, expanding nuclear program is an expression of and contributes to a repressive and ever more militarized society.

Thirdly, Israel is a major purchaser of US arms. Fourth, asking embarrassing questions is a good way to lose access to the influential newsmakers, as Michelle Wolf has learned. There is a range of acceptable debate inside the beltway, such as whether Iran is clandestinely building nuclear missiles. But dare not ask if a close ally has been doing the same for a generation. Here American exceptionalism comes into play.

Nuclear weapons are a force for good only in morally pure hands, with ours being the most pure. Israel, a nation whose Old Testament theology helped inform and inspire our Judaic-Christian civilization, is a fully trusted junior partner. (Both nations, just like Iran, have hard right factions eager to annihilate opponents and even deploy nuclear weapons.)

Questioning Israel’s nuclear arsenal or even discussing it is all too rare in Israel and can be harmful to one’s health. If Chris Cuomo wanted to do some ground- breaking journalism he would bring Americans the story of Israeli nuclear defector Mordecai Vanunu, a man whom Daniel Ellsberg called “the preeminent hero of the nuclear era.” Vanunu’s work and sacrifice have given those who care a definitive answer to the question of whether Israel has nuclear weapons.

Vanunu is a former nuclear technician who worked at the Negev Nuclear Research south of Damona. (Wikipedia has a well sourced summary of his life and career.) In 1986, concerned that the facility was developing weapons of mass destruction, Vanunu secretly smuggled in a camera and covertly took 57 photographs. He later passed this material on to British journalists. Vanunu was subsequently lured to Italy, drugged and then abducted to Israel, where he was tried and convicted of treason.

On 15 April 2015, The National Security Archive of George Washington University published documents corroborating Vanunu’s statements regarding the Dimona Negev Nuclear Research Center. As Wikipedia summarizes their findings: “The archived documents detail the discovery of Israel’s nuclear deceptions, debates over Israel’s lack of candor and efforts to pressure the Israelis to answer key questions about the Dimona facility.”

Vanunu’s trial in Israel was reminiscent of star chambers in Stuart era Britain. Forced to wear a helmet so that no one could recognize him, the trial was closed to the public, and transcripts were not available for many years and were only released after legal challenges and heavy redacting. The few reporters allowed in court were warned that any substantive reporting would result in charges against them.

Vanunu spent 18 years in prison, including more than 11 in solitary confinement. Released from prison in 2004, he is still subject to a broad array of draconian restrictions on his speech and movement. Since then he has been arrested several times for violations of those restrictions, including giving various interviews to foreign journalists and attempting to leave Israel.

Based on a considerable body of evidence in addition to Vanunu’s,’Most worldwide intelligence agencies estimate that Israel developed nuclear weapons as early as the 1960s, but the country has intentionally maintained a “nuclear ambiguity”, neither acknowledging nor denying that it possesses nuclear weapons.” Netanyahu only follows that script in his replies to Cuomo. That nuclear ambiguity serves Israel well. By not acknowledging weapons it avoids charges of hypocrisy, and by not denying the possession of such weapons it fosters insecurity and fear in opponents.

Israel follows the conventional nuclear script in one other important way. The charge is that any disclosures about its programs or technologies will aid its enemies in developing their own nuclear weapons. The best way to retain nuclear superiority is through the strictest secrecy possible.

I have had occasion to see deployment of this argument up close and personal. I worked as an associate editor of The Progressive and in 1979 had a cameo role in a widely publicized nuclear secrecy case. Howard Morland, a talented investigative journalist armed only with two physics and two chemistry courses as background showed that using only publicly available sources one could design an H=Bomb. The Carter Administration, largely under the influence of James Schlesinger, tried—eventually unsuccessfully—to block publication of the article on the grounds, as one district court judge put it, that it would give Idi Amin (remember him?) the bomb. The Carter Administration worked on the unspoken assumption that the best way to maintain peace is through nuclear superiority and that superiority can be preserved by nuclear secrecy.

In the course of preparation for the litigation our lawyers learned just how widespread within the world physics community knowledge of nuclear weapons technology is. Physicists even in so- called third world nations were discussing the most sophisticated fusion technologies.

“On the basis of this research and my own professional experience, I am ready to challenge any official assertion that Mr. Vanunu possesses any technical nuclear information not already made public.”

As Nukewatch, an organization founded in 1979 out of The Progresive H Bomb case, puts it:

“Government secrecy and misinformation keep the nuclear industry alive… In the mid 1980s Nukewatch organized hundreds of volunteers across the country to find and document the location of all 1,000 land-based intercontinental ballistic missiles (ICBMs). Prior to our mapping project, U.S. Citizens were never informed of the missiles’ locations, although the information was available to foreign governments through satellite surveillance and treaty agreements.”

Those sites are strategically obsolete but a source of great danger to surrounding communities. In both the United States and Israel the quest to assure nuclear secrecy serves only to remove from politics an issue that should be at its center.