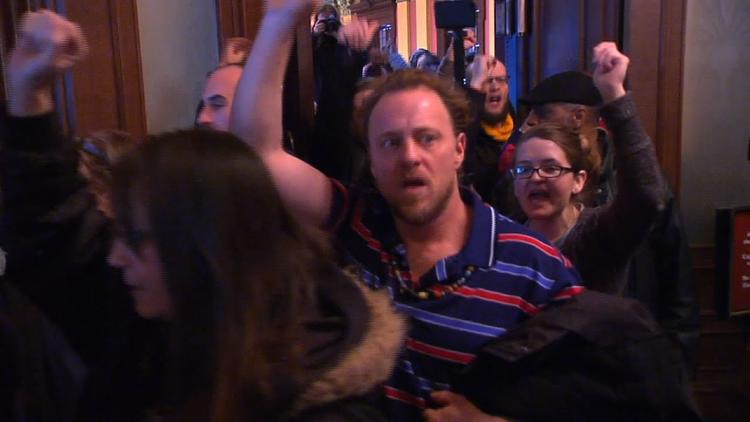 This week, the Right wing outrage machine, in part orchestrated by Trump, has been groaning about comedian Michelle Wolf’s roast at the White House Correspondents’ dinner and now Trump is calling the leak of Special Counsel Robert Mueller’s questions for him “disgraceful” (typos suggest Trump may have leaked them himself.

Here are some things that are much more disgraceful than Michelle Wolf’s jokes or the leak of some bureaucratic paperwork, that affect real Americans’ lives (but the elite Fox News millionaires and the Trump billionaire cronies wouldn’t know anything about that):

1. Polling suggests that 4 million people have lost their health care insurance since 2016 when Trump was elected. Some of the decline in coverage comes from Trump refusing to advertise the Affordable Care Act program and some of it is from his having repealed the individual mandate (if everybody isn’t part of the pool, and the healthy don’t pay in, then that drives up costs for those who actually need the care). Some of the decline is from Trump and the GOP refusing to tweak the ACA so as to iron out some of its problems (all new legislation has problems).

Four million million people losing their family health care insurance is a huge public health catastrophe. It would be as though the entire state of Kentucky or the entire state of Oregon was full of nothing but uninsured people. This depriving of people (disproportionately Republican voters by the way) of a basic service like health care insurance was deliberate and mean-spirited and done by an overweight man who eats the most beautiful chocolate cake you ever saw with visiting foreign dignitaries at his Florida resort.

Air pollution already sends a million Americans every decade to an early grave. I mean, if an alien invasion mowed down a million Americans it would be an unbelievable Hollywood tent pole disaster flick. But Scott Pruitt may as well have just gone out randomly choosing victims and choking them to death with his bare hands. His “deregulation” will literally kill large numbers of Americans. It will also make US autos less competitive in China and Europe and other markets where regulators actually care about people and aren’t themselves, you know, pond scum the way Pruitt is.

3. The Greatest Scrooge, Trump, wants to cut further the Federal safety net, including Medicaid and the Supplemental Nutrition Assistance Program for children, under the cover of “putting people back to work.” 2/3s of the people on the targeted program are children, elderly or have disabilities. I suppose you could put them to work but then your name should be Attila the Hun.

4. Flint, Michigan, still doesn’t have clean water. (As Michelle Wolf pointed out.) The city’s lead pipes were leeched into the drinking water by a decision of Gov. Rick Snyder of the Republican Party, causing children’s teeth to fall out and inflicting on them a potential lifetime of attention deficit disorder and other health problems. Snyder has just declared the water safe to drink by fiat and stopped providing families bottled water. I suggest he have his own water bottled from taps in Flint and drink that.