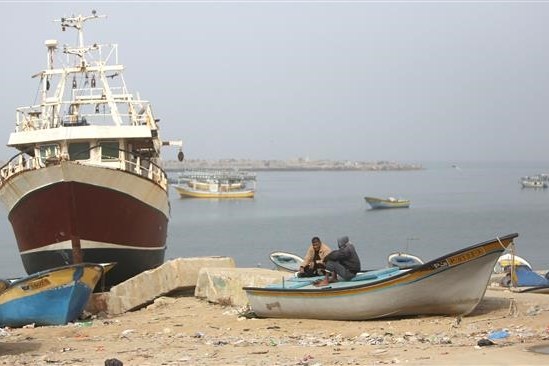 BETHLEHEM (Ma’an) — The Israeli government began construction of marine barrier off the coast of the northern Gaza Strip on Sunday, which it says will be used to prevent the movement of the Hamas military wing out of the besieged coastal enclave and into Israeli territory.

Israeli news website Ynet reported that the naval barrier, which is being headed by the Ministry of Defense, is designed to prevent potential “infiltration of a Hamas terror cell” into Israel from Gaza. The multi-million dollar project is expected to be completed by the end of 2018.

According to Ynet, Israeli Defense Minister Avigdor Lieberman of the right-wing Yisrael Beiteinu applauded the barrier as being one-of-a-kind and “an additional setback for Hamas, which has lost another strategic capability that it has invested massive amounts in developing.”

Israeli news daily Haaretz reported that the barrier will consist of three layers: an underwater level, topped by a layer of stone and an above-water barbed wire fence. The entire barricade itself will be surrounded by another fortified fence.

According to Israeli media, the decision to build the naval barrier was prompted by an incident in the 2014 Israeli offensive on Gaza, when Hamas fighters managed to enter Israeli territory by sea.

Since the 2014 war in Gaza, Israel has maintained an underwater sensor system along the maritime border with the northern Gaza Strip, enabling the Israeli forces to spot divers and swimmers in the area.

Israel has claimed an increased threat of “breaches” from the sea since mounting tensions in Gaza over recent weeks, during which time Israeli forces have killed an estimated 113 Palestinians along the Gaza border during massive demonstrations in protest of Israel’s blockade of the Gaza Strip.

The more than 2 million Palestinians living in the Gaza Strip have suffered from a 10-year Israeli-imposed land, air, and sea blockade, which has plunged the small territory into poverty and some of the highest unemployment rates in the world.

The UN has reported that Gaza could be “uninhabitable” by 2020.