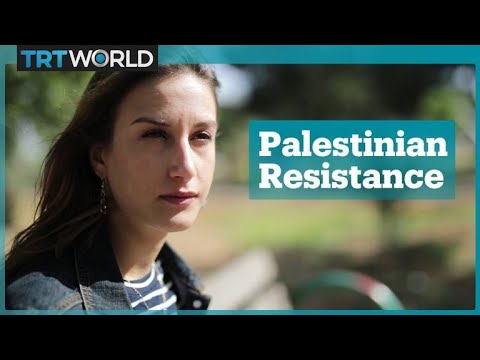 Sidney (The Conversation) – The opening of the US embassy in Jerusalem last week represented a major PR coup for Israel, a move the country had sought for decades. It also came hot on the heels of another celebrated Israeli PR victory – the win by Israeli singer Netta Barzilai in the hugely popular Eurovision song contest.

The New York Times hailed Barzilai’s win as a “diplomatic victory and national vindication” for Israeli Prime Minister Netanyahu and his supporters. Netanyahu himself proudly declared Barzilai “the best ambassador of Israel”.

However, these PR successes were overshadowed by events near Israel’s border with Gaza. Last Monday, Israeli soldiers opened fire on Palestinian protesters in the “no-go zone” that Israel enforces in Gaza near the border, killing 60 Palestinians, including eight children, and injuring more than 2,000.

It was the bloodiest day in the Israeli-Palestinian conflict in four years. And the international response was fierce. Senior UN officials condemned the violence as an “outrageous human rights violation”. Even Israeli media noted it was Israel’s anti-Palestinian violence, not Netta Barzilai or the embassy move, dominating international headlines.

This international condemnation of Israeli violence flies in the face of what has been a concerted, long-term PR strategy by Israel to occlude its actions against the Palestinians and improve its image on the international stage. The well-funded “Brand Israel” campaign, launched in 2005, was intended to improve Israel’s soft power and show what makes the country attractive from a tourism, culture and foreign investment perspective. But as the recent backlash against Israel illustrates, it’s struggling to change opinions.

Following the 2009 Gaza conflict, Israeli officials declared a plan to send novelists, art exhibitions and theatre productions overseas in order to “show Israel’s prettier face, so we are not thought of purely in the context of war,”
as Arye Mekel, the Foreign Ministry’s deputy director for cultural affairs, put it.

Israel also reportedly requires artists who receive state funding to sign a loyalty pledge “to promote the policy interests of the State of Israel via culture and art, including contributing to creating a positive image for Israel”.

On top of this, a series of PR manuals have been published by public relations specialists and pro-Israel supporters over the years, recommending that Israel continue to use “culture” (and other PR and marketing tools) to promote a positive image of the country. Some of these manuals have been authored or supported by right-wing American spin doctor and pollster Frank Luntz.

In the US, Luntz developed PR campaigns for Republican opponents of healthcare reform and was credited with convincing former President George W. Bush to stop using the term “global warming” in favor of “climate change”, because the latter term “sounds a more controllable and less emotional challenge”.

In the cultural sphere, Israeli government officials have heartily promoted big-name artists who have performed in Israel, such as Alicia Keys and Radiohead. Within days of Ringo Starr announcing a concert in Tel Aviv this June, international pro-Israel organisations were already celebrating a victory.

Israeli government supporters have even set up an entertainment executives lobby group – whose origins and motives have attracted controversy – to pressure artists to perform in Israel and disregard boycott calls.

Despite these efforts, a range of prominent musicians, actors and artists have decided against performing in Israel or visiting the country. According to the Palestinian-led Boycott, Divestment, Sanctions organisation, artists who have cancelled performances in Israel or declined to perform there include Elvis Costello, Lauryn Hill, U2, Bjork, Jean-Luc Godard, Snoop Dogg, Cat Power, and Vanessa Paradis, among others.

In December, the New Zealand singer Lorde cancelled a Tel Aviv concert following calls for an Israel boycott from human rights activists. More than a hundred writers, actors, directors and musicians pledged their support for her decision. The move attracted intense media coverage, as well as threats directed towards activists. Pro-Israel organisations claimed that it was Lorde herself who was a victim of bullying – by human rights activists.

Israeli government supporters in the Florida state legislature even tried to ban Lorde from performing in the Sunshine State, and unsuccessfully pressured concert venues to cancel her shows.

Then, in apparent response to Israel’s recent attacks on Gaza protesters, Israeli-American actress Natalie Portman refused to accept a prize a few weeks ago that was to be awarded to her by Israeli Prime Minister Benjamin Netanyahu. She said at the time she didn’t “want to appear as endorsing Benjamin Netanyahu” and “the mistreatment of those suffering from today’s atrocities is simply not in line with my Jewish values.” It was a remarkable development given Portman’s previously staunch pro-Israel positions.

The Israeli attacks on Gaza protesters and the opening of the new US embassy in Jerusalem last week were also met by a chorus of concerns and criticisms from the Jewish-American community, many of whom identify as “pro-Israel”, including US Senator Bernie Sanders.

Israel quickly deployed its PR efforts to carefully manage its response to the international condemnation.

However, research in international conflict resolution shows how stands by cultural figures like Lorde and Portman can make important contributions to reducing violence and driving peace efforts. Evidence from fields as diverse as terrorism studies, peace building, and international conflict resolution demonstrates that an imbalance of power and associated human rights abuses are major blocks to achieving peace through dialogue.

Israel clearly maintains a significant power imbalance over the Palestinians. By refusing invitations to Israel to be potential PR instruments, these artists are refusing to contribute to this power imbalance that is a such heavy obstacle to peace.