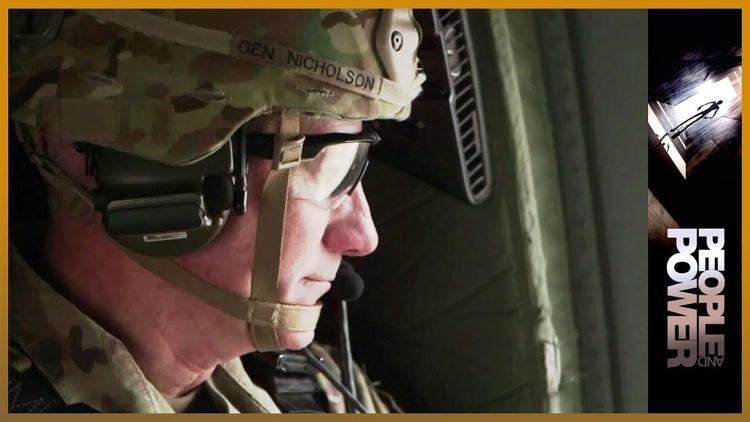 The Afghanistan government controls only about half of Afghanistan, 229 of 407 districts.

Maybe because it is a bad news story, our Afghanistan War, the longest in our history, keeps slipping our minds, along with thoughts of the Americans still fighting there.

The Special Inspector General for Afghanistan Reconstruction, or SIGAR, has issued a report concluding that after 17 years, US stabilization efforts in Afghanistan have failed. It is a sad conclusion but not surprising if you have been reading SIGAR’s regular reports of misspent money and corruption.

” Between 2001 and 2017, U.S. government efforts to stabilize insecure and contested areas in Afghanistan mostly failed.

The U.S. government overestimated its ability to build and reform government institutions in Afghanistan as part of the stabilization strategy. During the 2009 Afghanistan strategy reviews, President Obama and his civilian and military advisors set in motion a series of events that fostered unrealistic expectations of what could be achieved. They also ensured the U.S. government’s stabilization strategy would not succeed, first with the rapid surge and then the rapid transition. Under immense pressure to quickly stabilize insecure districts, U.S. government agencies spent far too much money, far too quickly, in a country woefully unprepared to absorb it. Money spent was often the metric of success. As a result, programming sometimes exacerbated conflicts, enabled corruption, and bolstered support for insurgents.

Every organization and agency that worked on stabilization in Afghanistan suffered from personnel and programming deficits borne from rapid scaling, short tours, and the pressure to make quick progress. Even harder than finding available civilians and soldiers was finding qualified and experienced candidates who were trained and equipped to understand and navigate local political economies.

Stabilization is inherently political, but given DOD’s size and resources the military consistently determined priorities and chose to focus on the most insecure districts first. These areas were often perpetually insecure and had to be cleared of insurgents again and again. Civilian agencies, particularly USAID, were compelled to establish stabilization programs in fiercely contested areas that were not ready for them.”

Elsewhere the report indicates that to the extent efforts were successful, it was the civilian US AID agency that accounted for the successes.

US troops, however, are still dying there. Fifteen US troops were killed in Afghanistan in 2017, and two from our international allies. This year so far, 2 US soldiers have fallen.

On April 30, Spc. Gabriel Conde, 22, was killed while providing security support to a US special operations unit cooperating with the Afghanistan National Army in an action against the Taliban. He was killed by enemy small arms fire in Tagab district, in Afghanistan’s Kapisa province. Another US soldier was wounded, and 8 Romanians were killed on the same day.

On January 1, Army Sgt. 1st Class Mihail Golin, 34, had been killed in Nangarhar Province. Part of a Special Operations unit stationed at Fort Bragg, NC, Golin was an immigrant from Riga, Latvia.

In fact, both of the US military men killed this year reflect the rainbow of America, not the narrow white nationalism of a Steve Bannon.

Last fall, there were a flurry of broadcast news reports about the increase of the number of US troops in Afghanistan to about 14,000. NBC evening news asked on its Saturday broadcast, for November 25, 2017, whether having so many in country meant they were more at risk from Taliban and ISIL attacks.

Since then, Afghanistan hasn’t been completely absent from broadcast television news, but the pickings have been slim. Lexis misses things, so lets go straight to the cable news web sites.

MSNBC appears to have only done 8 video segments on Afghanistan all year, and several were historical (interviews with Stephen Coll, etc.).

CNN doesn’t appear to have a page that disaggregates its video segments on Afghanistan, and searching for broadcast segments is complicated by its print wire service. A keyword search at the CNN YouTube channel for Afghanistan turns up very little, mostly segments on terrorist strikes.

Probably the cable news channel most interested in the subject is Fox Cable News. According to their web site, they have done a short Afghanistan-related segment roughly once every 4 days in May. In April there were 6 reports. But not all of these segments were about today’s war. Some were historical, treating the 2001 invasion of the country by the US. Some were human interest, about bomb-sniffing dogs or students at the American University in Afghanistan. Of the breaking news reports, most covered bombings by the Taliban or ISIL. Reports about US troops in Afghanistan today, their missions and triumphs or defeats, were rare. Fox, unlike the others, did segments on the deaths of Conde and Golin. At least there’s that. I mind that such news, when it comes, isn’t on the front page of every newspaper in the country.

I don’t think Afghanistan stays on our minds, despite the fact that we are still war-fighting there and it is our longest war in history. The end of the draft and the rise of a professional standing military, which the Founding Fathers worried would kill democracy, have at least damaged the national spirit. George W. Bush helped that demise along with his advice that to support the war effort, the public should “go shopping.” Of course, after 2008’s crash, which Bush helped along with deregulation, many no longer can afford to.

The least our troops should expect if they are going to go on fighting this Forever War is that the public back in the US should mobilize to pressure the US government to tell us when and how they will win. Because no one should have to fight and die for a failure.