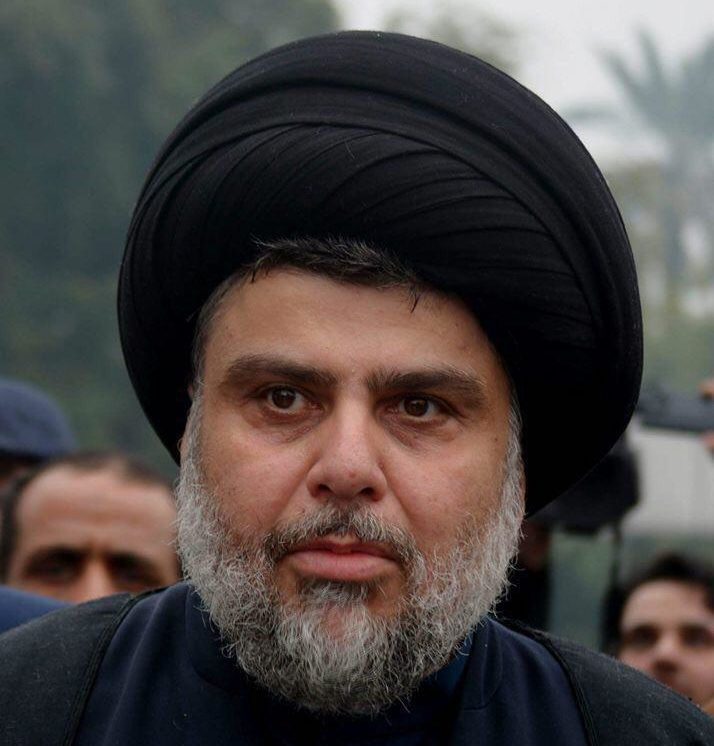 Baghdad (Niqash.org) The results of the Iraqi elections were surprising. But in fact, the way Iraqis were feeling about local politics beforehand indicates that nobody should actually have been all that surprised.

The morning after the preliminary announcements about who had won and who had lost in the Iraqi elections, it was clear that Iraqis did feel as though there had been a major political change. The senior politicians who had been in charge of the country for the past decade and a half had seen their popularity wane. Supporters of the winning parties came out on the streets to celebrate their victory.

The odd couple: head of the Communist party, Raed Fahmi (left) and the winning cleric Muqtada al-Sadr. Via Niqash.org

Controversial Shiite Muslim leader, Muqtada al-Sadr, whose name has been associated with sectarian violence in the past but who has been undergoing a series of transformations over the past few years – most notably in his opposition to Iranian interference in the country – was ranked first in preliminary results.

The country’s sitting prime minister Haider al-Abadi came third. And this was a surprise to everyone, even Iraqis themselves. Al-Abadi’s popularity has only increased over the past few years. He is known as a man who has tackled several difficult challenges, including a security crisis sparked by the extremist group known as the Islamic State and a financial crisis that had the potential to bring down the government. He is so popular in Iraq, that he was the favourite before the elections and it seemed strange to many that he only managed to get third.

Al-Sadr openly discussed the desire for new blood in Iraqi politics with his supporters and he asked his officials not to nominate themselves again.

Second and third place were taken by, respectively, the Fatah alliance, which is the political body born out of some of the Shiite Muslim militias who volunteered to fight the Islamic State, or IS, group, and the coalition headed by a former, and much more unpopular, prime minister Nouri al-Maliki. Both of these bodies are known for a closer association with Iran.

Senior politicians, who are perceived as having big personalities, also lost. For example, al-Maliki is often referred to as a strong and forceful leader, something Iraqis have liked. But he won over 700,000 votes in the 2014 elections and only managed an estimated 91,000 this year.

Further along in the queue were Sunni Muslim parties and the Iraqi Kurdish parties; there were no real surprises here with groups headed by Ayad Allawi and Osama al-Nujaifi winning seats and the two major Kurdish parties, the Kurdistan Democratic Party and the Patriotic Union of Kurdistan, doing best with voters in their own region.

Allawi is another one of those charismatic politicians who lost a lot of support; he garnered over 407,000 votes in both of the last two elections. This week he seems to have had only around 46,000 supporters.

But really the most dramatic developments occurred among the formerly unified Shiite Muslim politicians. “Those results are a shock and a surprise for the bigger parties but in fact they are a completely normal reflection of the country’s widespread discontent with those who ruled before,” suggests Faeq al-Sheikh Ali, an MP from a smaller, liberal party.

Ask any Iraqi how they felt about the elections, a few weeks ago, and they would usually come back at you with one or other version of this sentiment: We are bored and upset with the old faces and we want new faces, that have not been tainted by corruption.

Opinion polls before the elections tended to confirm this feeling and when it came to actually voting, most locals were eventually divided into one of two groups: One group decided to participate in the election and the other decided to boycott, seeing no point in voting.

Among those who did vote, it is clear that some of the Iraqi voters of 2018 were very different creatures to the Iraqi voters who came before, given the various challenges they have lived through in this country. A lot of the candidates they voted for were new and inexperienced. This did cause some concern and debate but seems not to have harmed the novices’ chances in the end. They were probably also helped by a speech given by the leading Shiite Muslim cleric in the country, Ali al-Sistani, who urged voters to choose the new over the old.

Al-Sadr was well positioned to gather up those votes, if the voters were not already part of his loyal base. He had established a new political movement, renamed it – from the old Ahrar party to Istiqama (or Integrity) – and had also banned all of his former MPs from running again. Some of them were very unhappy with that rule but al-Sadr insisted, a spokesman for his organization, Salah al-Obaidi, said.

“Al-Sadr openly discussed the desire for new blood in Iraqi politics with his supporters and he asked his officials not to nominate themselves again – even though some of them are prominent leaders,” al-Obaidi told NIQASH.

Many of the would-be MPs nominated by the Fatah alliance don’t have much parliamentary experience either though and probably benefited from being newcomers.

There was plenty of debate about this move within the party, al-Obaidi says. “Some said it was political suicide. Others said an alliance with the Iraqi Communist party was going to decrease our popularity. But [in the end] they all agreed to this because they know that Iraqi society is calling for new candidates.”

Al-Sadr also moved to join together with a number of civil society and secular parties, such as the Communist party – these, along with the Sadrists, were behind anti-government, anti-corruption protests in Baghdad that started in the summer of 2015. Not all the locals who joined those protests were religious – but they have voted for the cleric al-Sadr anyway.

And, as al-Obaidi notes, all of his colleagues’ fears proved unfounded.

When it comes to choosing new faces, some of the same motives can be applied to voters who chose the second-place getter, the Fatah alliance. It is led by Hadi al-Ameri, a senior member of the Badr organization who managed to bring together political representatives of various Shiite Muslim militias who fought the IS group. The latter are seen by many Iraqis as heroes for their role in the security crisis of the past three years. Many of the would-be MPs nominated by the Fatah alliance don’t have much parliamentary experience either though and once again, probably benefited from being newcomers. 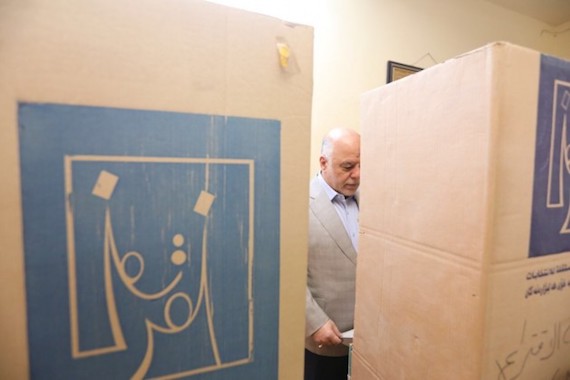 One of the questions that many analysts are now asking with regard to the elections is what difference the low voter turnout made. Did a turnout of only around 44 percent – a big difference from past elections where turnout was around 60 percent – play a role in al-Sadr’s victory? After all, his supporters have always been more loyal.

However local observers suggest that even if those who boycotted had participated, the election results would not have been hugely different. Many of the boycotters did not vote because they don’t trust or respect the existing government and recent leadership. It is an assumption – but one would guess that, had they decided to vote, they too would have voted for the new faces and the new alliances, rather than the old.

In the end, the main thing that the results of these elections indicate is dissatisfaction with the status quo. Iraqis wanted change and now they have it – at least, this week they do. Whether that change can be long-lasting is yet to be seen. The differences between the results of each of the biggest parties remains small, not exceeding two dozen seats. So government formation will depend on complex negotiations, deal-making and concessions. Only after this process, will Iraqi voters know if they got the change they chose.