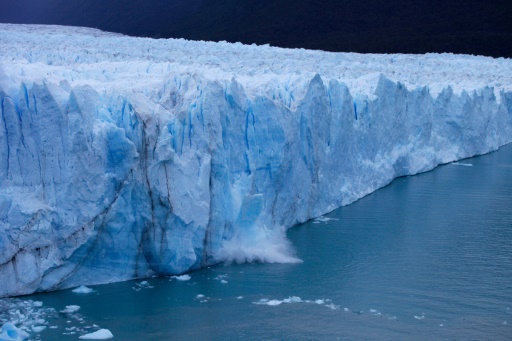 Washington (AFP) – A NASA program that cost $10 million per year to track carbon and methane, key greenhouse gases that contribute to global warming, has been cancelled, a US space agency spokesman said Thursday.

The end of the program — called the Carbon Monitoring System (CMS) — which tracked sources and sinks for carbon and made high-resolution models of the planet’s flows of carbon — was first reported by the journal Science.

“Now, President Donald Trump’s administration has quietly killed the CMS,” the report said, describing the move as the latest in a “broad attack on climate science” mounted by the White House.

The journal said NASA “declined to provide a reason for the cancellation beyond ‘budget constraints and higher priorities within the science budget.'”

It also quoted US space agency spokesman Steve Cole as saying there was no mention of the CMS in a budget deal signed in March, which “allowed the administration’s move to take effect.”

After much deliberation, Congress decided they wanted those four space missions to be funded, writing them into the budget bill they passed in March 2018, he said.

But since CMS was not among them, it was cut as proposed, Cole said, describing the entire process as a joint effort by lawmakers and the executive branch.

Existing grants would be allowed to finish but no new research would be supported, he said.

Trump has already announced the US pullout from the 2015 Paris climate accord, a deal signed by more than 190 nations to slash polluting emissions from fossil fuels.

Cole told AFP that Trump has proposed cancelling another Earth science mission, the Orbiting Carbon Observatory 3 (OCO-3), for next year, though it did receive funding for fiscal year 2018.

According to Kelly Sims Gallagher, director of Tufts University’s Center for International Environment and Resource Policy in Medford, Massachusetts, the CMS cuts jeopardize efforts to verify the emission cuts agreed to in the Paris climate deal.

“If you cannot measure emissions reductions, you cannot be confident that countries are adhering to the agreement,” she told the journal Science.

Canceling the CMS “is a grave mistake.”

Cole, however, said in an email that the “winding down of this specific research program does not curb NASA’s ability or commitment to monitoring carbon and its effects on our changing planet.”

“In fact, GEDI, a new ecosystem carbon-monitoring instrument, is set to launch to the International Space Station this summer.”

Cover Photo: A chunk of ice falls from the Perito Moreno Glacier at Los Glaciares National Park, near El Calafate in the Argentine province of Santa Cruz, on March 10, 2018.