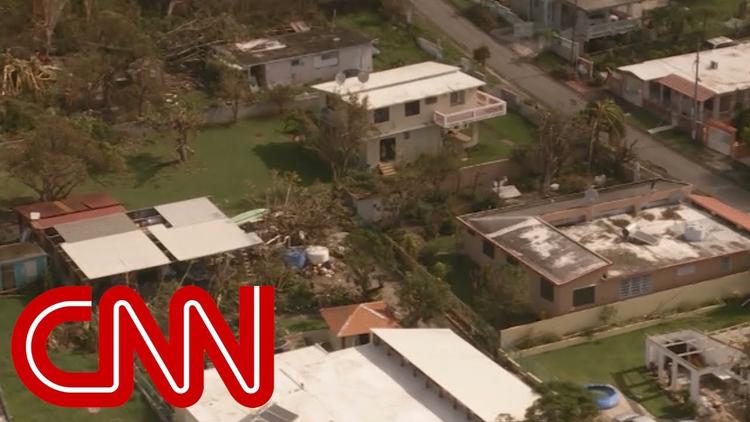 A new study in the New England Journal of Medicine finds that that likely range for deaths caused by Hurricane Maria was between 1,506 and 9,889, with 5,740 as the most likely number.

Puerto Rico suffered with electricity outages for months, with millions of Americans living in the dark, in a way that would have been unacceptable anywhere on the mainland (need I specify, the White mainland?) People died from lack of access to health care, from lack of rescue services. Some 80% of the agricultural crop was wiped out. Trump never offered debt relief, and called off the US military aid effort way early. Puerto Ricans are not, let us say, his base.

When Donald Trump visited Puerto Rico after Hurricane Maria flattened the island, whose inhabitants are American citizens, you could have cut the condescension with a knife. Puerto Rico’s emergency, requiring billions in response and reconstruction aid, the president said, was most inconvenient given the Federal government’s budget woes. The annual Federal budget deficit had actually shrunk enormously under Barack Obama, and Trump has now created a gargantuan crisis by massive tax cuts for the billionaire class, which will cost $1.5 trillion he said the government didn’t have. What he meant was that the government did not have the money for the public, only for the 1%.

Trump was also typically sadistic in that rather than sympathizing with the catastrophe that had struck some 3.3 million Americans, he seemed gleeful that the death toll as then reported was small, presumably because it meant he would not have to exert himself unduly. He said,

“if you look at a real catastrophe like Katrina and you look at the tremendous — hundreds and hundreds of people that died — and you look at what happened here with, really, a storm that was just totally overpowering … no one has ever seen anything like this.”

That the death statistics are in the thousands and not 16 is no surprise. The surprise is that only ten percent died in the actual storm, and many lives could have been saved in the aftermath by better governance.

The other surprise is that the new death estimate was not front page news and is not at the top of Google News or news aggregation sites.

Many on social media, as I mentioned yesterday, are flabbergasted by this inequity.

They are right to be.