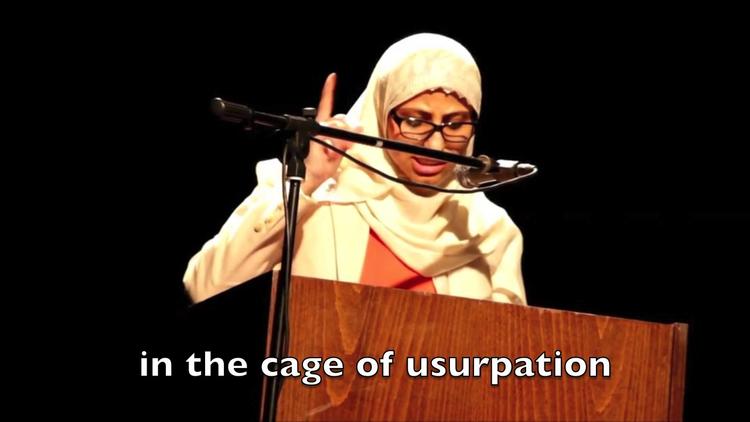 PEN International has slammed the conviction of Palestinian poet Dareen Tatour, who was prosecuted by Israeli authorities for three social media posts, including a poem.

In a statement issued yesterday, PEN – a global association of writers with a focus on freedom of expression – said it “strongly condemns the decision of the Nazareth Magistrate’s Court to convict Palestinian poet Dareen Tatour of ‘support for a terrorist organisation’ and ‘incitement to violence’.”

PEN noted that “the conviction is mainly related to a YouTube video in which she recites one of her poems entitled, ‘Qawim ya sha’abi, qawimhum (Resist, my people, resist them)’.”

“Dareen Tatour has been convicted for doing what writers do every day – we use our words to peacefully challenge injustice.”

She added: “I was incredibly honoured to meet Dareen at her home last year and PEN will continue to call for justice in this case.”

According to PEN, which “has been campaigning for her immediate release and for the charges against her to be dropped,” Tatour “was targeted [by the Israeli authorities] for her poetry and peaceful activism”. A sentencing hearing will take place on 31 May.