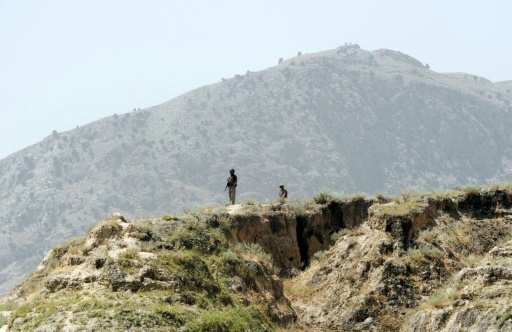 Islamabad (AFP) – Pakistan passed legislation Thursday paving the way for its restive tribal areas, long a focal point in the global war on terror, to enter the political mainstream, ending a colonial-era arrangement that endorsed collective punishment and fuelled militancy.

It will extend the writ of Pakistani courts to its districts, and increase development assistance to residents of the region which Washington has long insisted provides safe havens to militants including the Taliban and Al Qaeda — an allegation that Islamabad denies.

The amendment received broad support from across the political spectrum in the National Assembly, with 229 voting to approve the measure and one voting against it.

Another 10 abstained, according to state media.

The legislation still needs final approval from the senate and the signature of the president — a formality that is all but guaranteed after receiving overwhelming support in the lower house.

“Today this house has approved a historic bill, which will have very positive effects for Pakistan. I thank the opposition for their support,” Prime Minister Shahid Khaqan Abbasi told legislators after the vote.

“We need to provide (FATA residents) with all those facilities which are available to the people in the rest of Pakistan,” he added.

“Pakistan’s tribal areas have long been neglected. The government has taken this decision very late,” Rahimullah Yusufzai, a regional analyst and an expert on the tribal areas, told AFP.

Yusufzai predicted that implementation of the amendment could take months as Pakistan prepares for elections due this summer, which would leave the reforms in the hands of the incoming government.

Since the days of the British Raj, the territory has long been seen as a backwater ruled by hostile tribesmen and kept as a buffer zone between Afghanistan and the settled territories that became Pakistan.

Following the 9/11 attacks the tribal belt along the Afghan border became a notorious terrorism flashpoint, with Taliban and Al-Qaeda fighters operating in the area with impunity.

The US has repeatedly accused Pakistan of allowing the tribal areas to host safe havens for militants fighting in Afghanistan — an allegation Islamabad has consistently denied.

The Pakistani military has carried out multiple operations in the region and insists it has eradicated militancy. It is also building a fence along the border with Afghanistan.

But FATA residents have long complained its development has been overlooked by authorities, while appointed administrators were able to punish whole tribes for the crimes of an individual under draconian colonial-era laws.

The move was largely welcomed across the FATA.

Samiullah Jan, from South Waziristan district, said he hopes the tribal areas will see an increase in development aid.

However small pockets of resistance remained, with some calling for FATA to become its own separate province.

“We will lose our cultural norms and traditions because of this merger,” Ahmed Saeed, local leader of a religious party in North Waziristan, told AFP.

The vote was also trending on Twitter in Pakistan, with social media users lauding the decision.

“Salute the political leadership for coming together on this. Proud moment!,” wrote Nizamuddin Khan.

The decision comes as a new rights movement emanating from FATA has accused Pakistan’s military establishment of using the territory to nurture militant groups fighting in Afghanistan, while overseeing a campaign of extrajudicial killings and abductions targeting tribesmen.

Featured Photo: AFP/File / AAMIR QURESHI. Since the days of the British Raj, the territory has long been seen as a backwater ruled by hostile tribesman that was kept as a buffer zone with Afghanistan.