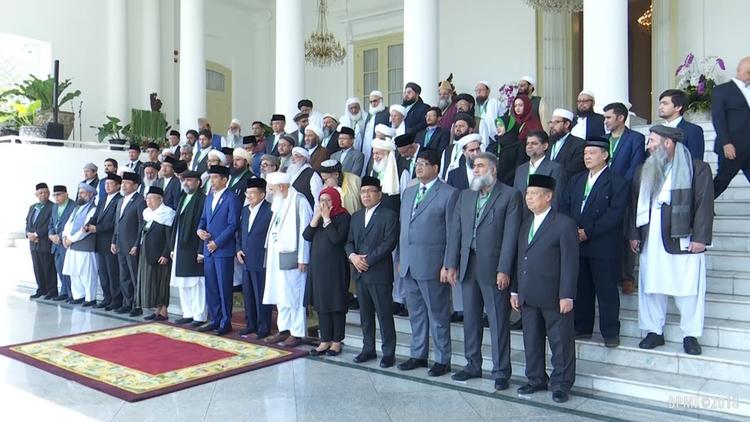 The Associated Press reports that Indonesian President Joko “Jokowi” Widodo hosted a conference of 70 prominent Muslim clergymen from Afghanistan, Pakistan and Indonesia at the presidential palace in Bogor just south of Jakarta to combat extremism. The clergymen issued a joint fatwa or reasoned jurisprudential ruling declaring that suicide bombing is contrary to Islamic law.

We’ve all heard the charge made, including by appallingly ignorant Secretary of State Mike Pompeo, that Muslim leaders do not do enough to condemn terrorism publicly. Even a Middle East expert like Tom Friedman at one point bought into this meme. It isn’t true. Muslim authorities have gone blue in the face condemning terrorism. One problem is that most Americans don’t know who the Muslim authorities are and so don’t hear them when they speak. Another problem is that no one has collected these fatwas and properly published them at a major academic or trade press.

It is likely that this important effort by Jokowi Widodo will pass relatively unnoticed in the US press, though AP is to be lauded for making an effort to disseminate this news. Indonesia is almost completely absent from the consciousness of Americans except maybe vacationers in Bali. Yet it is the fourth most populous country in the world, at over 260 million, nearly as large as the United States. It is the world’s 16th largest economy with a GDP annually of $1 trillion, ranking just below Australia and Spain. And it is hands down the most populous Muslim country in the world. Of course, American television news is notoriously parochial and doesn’t even report much on close US allies like Canada, France, Germany, Spain or Japan. But the news Black Hole to which Indonesia has been consigned in the US, given its importance on every measure of global significance, is bizarre.

A majority of Indonesian Muslims is uninterested in political Islam, though that tendency exists and is significant, especially in some provinces (such as Aceh). But Indonesian Muslims also often have Sufi tendencies or are secular-minded, or just traditional rather than political. Indonesia is a multicultural country, with about 10 percent being Christian but it also has animists in Papua and West Papua and a big Hindu majority on Bali, and a Buddhist community (about 1.7 mn). Its constitution enshrines freedom of religion, though in practice there are six recognized religions to which this principle mainly applies, and others can be persecuted.

Because there have been a few terrorist cells connected to al-Qaeda and a small number of bombings in the country, Indonesian authorities are worried about the rise of extremism in the Middle East and South Asia. This attempt to intervene in Afghanistan may seem to come out of left field, but Indonesia has long been connected to Indian Ocean Islam (many Yemenis emigrated there) and to South Asia. In fact, the South Asia ties were strong long before Islam, which is why most Balinese are Hindu and there are important Buddhist monuments. 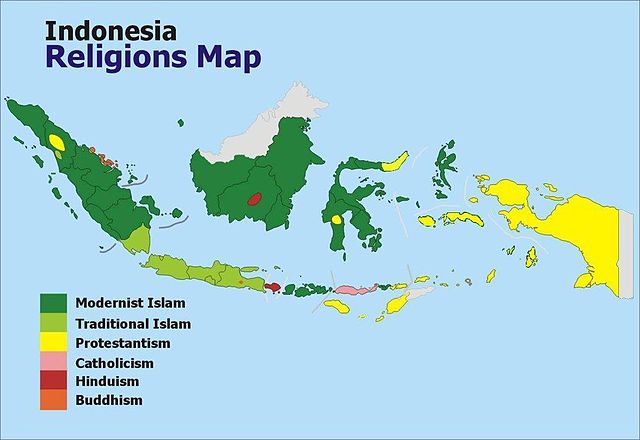 Al Jazeera reports that President Widodo expressed confidence that although it would be a difficult road, the Muslim clergy are the key to peace in Afghanistan, in part because of their pastoral role in inspiring hope for the future.

The clergymen themselves expressed appreciation for this gathering and for previous such colloquies in Pakistan itself and voiced their condemnation of violence and terrorism, saying that strengthening the influence of the Qur’an and the example of the Prophet will resolve the conflicts among Muslims. (Outsiders who haven’t actually read the Qur’an may question this assertion but actually the Qur’an encourages turning the other cheek and permits only defensive war to protect innocents from marauders.)

They said in their fatwa that violence and terrorism form no part of any religion and must not be related to any religion, civilization, people or ethnicity, since violence, extremism and terrorism in all their forms–including assaults on civilians and suicide bombings– are contrary to the principles of Islam.

The Pakistani press reported that a delegation of Taliban had visited Indonesia as well, and lobbied for the statement at the conference not to condemn the Taliban by name or to slam what the Taliban view as a holy war against the US-backed Afghan national government. The clergymen’s fatwa, however, does condemn violence and suicide bombing, taking no strong stand on Afghanistan internal politics but putting certain violent tactics (to which the Taliban have frequently resorted) off limits.

Afghan clergy are not very powerful, and the Taliban may militarily control or be highly influential in a third of the country. The conference, however, has to be seen as a net loss for the Taliban.