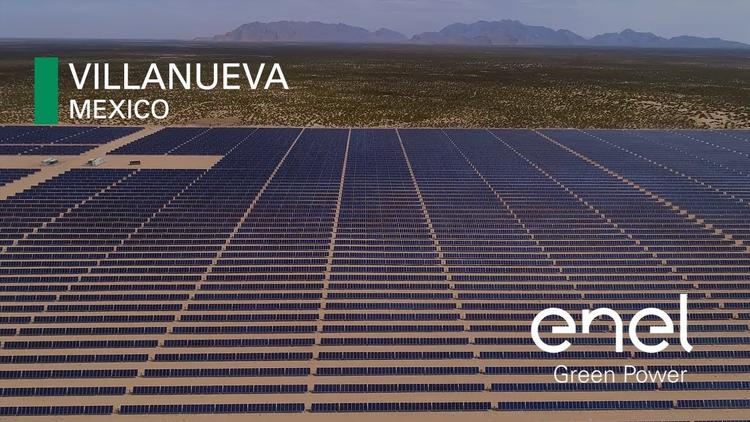 Mexico wants to produce 43% of its electricity from renewables by 2024, in only 6 years. It has 58 new power plants planned, the majority of them solar and the rest wind. Toward that end, in December it opened the Vilanueva solar farm in the desert, with 2.3 million solar panels, generating enough just to power 1.3 million homes. It is the largest solar project in the Western hemisphere.

That’s right. The largest solar installation in the New World is not in the United States. It is in Mexico. The US has withdrawn from the Paris climate accords and has no plans to generate any particular percentage of its electricity from renewables by any particular year. In fact, it is going backward in wanting to revive coal.

This promotional video for Vilanueva gave me goosebumps. If you want to see what the large-scale greening of the planet’s grid looks like, take a gander.

Enel: Villanueva, the largest plant in the Americas

I am saying it. In this regard, Mexico is much better than we are.

In the first quarter of 2018, India set a record with the addition of 4.6 gigawatts of solar! That’s the name plate capacity of four small nuclear reactors, added in just one quarter. A lot of this new capacity was driven by bids at the level of the states. Solar electricity production in India has doubled in just the past year. By the end of January India had 20 gigawatts of installed solar power capacity. It now has 22 gigs. In contrast, France only has 8 gigawatts of installed solar capacity. India’s overall photovoltaic installations this year may be down a bit, however. Still the future is clearly very bright for Indian PV.

The Indian government wants 100 gigawatts of connected grid solar capacity by 2022. It is therefore planning to auction 30 gigawatts in each of 2019 and 2020.

Unfortunately, India hasn’t gotten the message about coal, and it is still also putting in massive amounts of new coal electricity generation. That unwise step (which increasingly makes no sense economically but maybe makes Indian Big Coal happy) will contribute to the erosion of valuable seaside real estate in India as it puts more heat-trapping CO2 into the atmosphere and causes surface ice to melt. Warm water also expands as it heats up, and so global heating contributes to rising seas as well. Moreover, parts of India will go arid and reduce food production; some parts of the subcontinent may become uninhabitable because of high temperatures. If India absolutely had to put in new hydrocarbon-driven electricity plants, it should instead use natural gas, which is half as carbon intensive as coal.

Dubai will tender a bid before the end of this year for a 300 megawatt solar farm, as part of its plan to get 7% of its electricity from solar by 2020. Since Dubai is one of seven emirates making up the United Arab Emirates, a major oil exporter, this push for renewables may on the surface seem hard to explain.

But look more closely. Dubai does not have its own hydrocarbons and is rather a service economy (banking and entertainment are big). Dubai’s need for hydrocarbons makes it more dependent on other emirates in the state that do have them. Even Abu Dhabi, which does have hydrocarbons, mainly has petroleum (it sends most of it to Japan). It is rare for electricity to be generated with oil. That is relatively expensive and anyway it means you’re using the oil for domestic power rather than selling it abroad at a premium. The fact is that the UAE is still importing natural gas for power generation from Qatar, despite its blockade on that country, which is pretty embarrassing.

So for all kinds of reasons, it is highly beneficial for Dubai to get its electricity from solar, the fuel of which is free down the line once installment costs are paid off. The UAE gets enormous amounts of sunshine and bids have been let there for as little as 2.5 cents a kilowatt hour, which is world-beating. Coal, one of the cheapest hydrocarbons, is typically 5 cents a kilowatt hour (though if you count externalities like sinking Florida it is off course much more expensive than that). So if everyone could get electricity from solar at the sort of rates now becoming common in Dubai, no one would ever buy another lump of coal, except to put in the Christmas stocking of naughty boys like Trump.