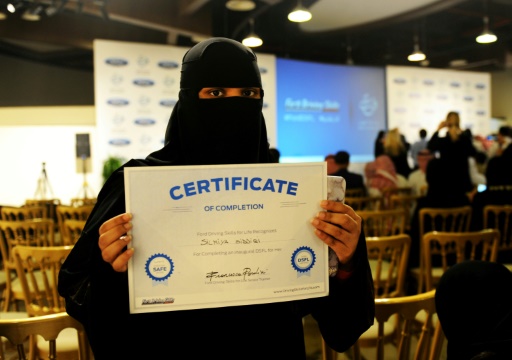 Odense (The Conversation) – After years of campaigning by women activists, on June 24 the ban on women driving in Saudi Arabia will be lifted. It is the most visible of a bundle of recent initiatives taken by the Saudi king and the crown prince, Mohammad bin Salman, to strengthen the role of women in Saudi society.

These include more public sector job openings for women, an apparent relaxation of women’s strict dress code, the extension of suffrage to women to vote and stand as candidates in the 2015 municipal election, and small but important steps to decrease influence of the country’s male guardianship system, which requires a women to obtain the consent of a male relative for major decisions.

In the weeks before the ban was lifted, a number of female driving activists were arrested in Saudi Arabia, casting some doubt on the government’s resolve in relaxing the social control on women. In a country where the central hold on individual ministries is relatively weak, this is most likely an expression of disapproval by some parts of the religious establishment at the speed and content of the reform process.

Saudi Arabia is known to be one of the most conservative regimes in the world. So why is this general easing of societal control over women taking place right now? In a recent research paper, I argue that it’s foremost out of necessity to boost the economy by making both women and men more productive at work.

Saudi Arabia currently finds itself in a grave economic situation. Over the past 60 years, plentiful oil incomes allowed the state to build an extensive cradle-to-coffin welfare system, which on top of free housing and other lucrative features provided citizens with well-paid jobs in the public sector, with few demands, long vacations and early retirement.

This model worked well as long as the population was small and the oil income plentiful. But this is no longer the case. The population is growing rapidly and will continue to do so over the foreseeable future. Today, 60% of the 22m Saudi nationals are below the age of 30. The price of oil plummeted in 2014 – though it has now recovered a bit – which had a severe negative impact on the Saudi state income.

With this in mind, in 2017, the young crown prince, announced Saudi Vision 2030, the most radical reform of the Saudi economy to date. The ambitious long-term goal is to transform the economy from one dependent primarily on oil incomes to a post-oil economy, and to bring larger parts of the Saudi population into the labour force. Out of the 12m paid jobs in Saudi Arabia, today only 5m are held by Saudis while the remaining 7m are held by migrant workers. A further element of Vision 2030 is for recruitment to be based on merit, and not family or tribal connections.

Women in the workforce

Women play an important part in Vision 2030. In general, Saudi women are slightly better educated than men and so the government believes they can play an active role in developing the country. Women may also be less reluctant than their male counterparts to take over some of the jobs – such as nurses or other service related jobs – today held by migrants. They are also significantly underemployed today. Only one in five Saudis employed in Saudi Arabia are women – extremely low compared to elsewhere in the world.

Part of the reason why women are largely absent from the workforce is related to cultural traditions and religious interpretations which pronounce that women should take care of the home while men take jobs outside the house. But there are also a range of practical impediments that make it difficult for women to actually take a job, if they should want one. Foremost among these has been the issue of women and transport.

Saudi Arabia lies in a very hot climate where it’s physically challenging to be outside in the sun. Cities are also designed in the American fashion with long distances between work, home, services and shopping. So even if there were no cultural barriers, the possibilities of women walking or cycling to work, are very limited. Public transport is significantly underdeveloped and taxis are culturally not an option unless at least two women travel together. Under the female driving ban, this has meant that to leave the house a woman must be driven by a male relative, or if the family can afford it, by a driver.

For well-off families, to hire a driver and buy an extra car is not a problem, but for the majority of employers in public sector jobs, employing a driver is simply too expensive. The crown prince has also urged public public sector institutions to create or expand transport services for women workers.

But the issue of transport also has an impact on how effective men can be at work. Husbands without drivers are obliged to leave work to drive their wives if they need to go to the dentist, doctor or attend other appointments deemed important. Most employers who I’ve witnessed as part of my research in Saudi Arabia, at least in the public sector, accept this cultural norm, implying that driving one’s wife is a legitimate reason not to be present at work.

This makes lifting the ban on women driving an essential step in order to make the Saudi economy more efficient in the long run. It could potentially bring more educated women into the labour market, while also increasing the efficiency of the male workforce. But foremost it is spearheading a change in cultural norms that in the future will allow men and women to occupy the same spaces and work alongside each other.

Martin Hvidt is Associate Professor at the Center for Contemporary Middle East Studies at the University of Southern Denmark. In 2013-2016 he was a professor in the International Studies Program at Shaikh Zayed University in the United Arab Emirates. He is author of The New Gulf: An Economic History of a Global Phenomenon (Dec., 2018). His other publications are listed here.