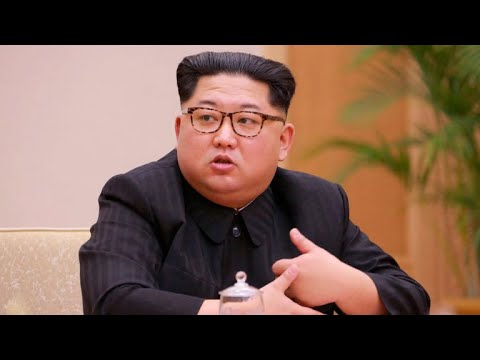 The Trump movement uses racism and immigration to turn the Roseanne Barrs of the world from eco-feminists to Trump supporters.

Washington, D.C. (Foreign Policy in Focus) – The actress/comedian received the nomination of California’s feminist-socialist Peace and Freedom Party. She chose Cindy Sheehan, the anti-war activist, as her running mate.

Barr took strong positions on environmental sustainability. She wanted the United States to withdraw from Iraq and Afghanistan, and she opposed any war with Iran. She criticized the right-wing government of Benjamin Netanyahu in Israel and supported Palestinian self-determination.

After an inept campaign that got her name on only three state ballots, Roseanne Barr unsurprisingly did not become president.

Instead, four years later, another TV star, Donald Trump, ran for office, and Barr supported him with enthusiasm. When she re-launched her hit TV show Roseanne this year, Trump repaid the compliment. The president phoned to congratulate her after the first episode on ABC attracted over 18 million viewers.

And now Barr is off the air again, after a racist and Islamophobic tweet about former Obama administration senior advisor Valerie Jarrett. ABC cancelled the Roseanne reboot, which took some courage since the network hadn’t had a number-one show like that for 24 years.

Of course, it wasn’t Barr’s first controversial tweet. She has claimed that Jewish financier George Soros, who just managed to escape the Holocaust, was in fact a Nazi. She thinks that the CIA controls Hollywood through mind control. She was a serious birther.

It’s deeply disturbing that someone who espoused a reasonable foreign policy in 2012 — and who also supported the Occupy movement and self-identified as socialist — could swing so far over to the Trump camp only a few years later. She wasn’t alone. Fully 12 percent of Bernie Sanders voters ultimately supported Trump in the 2016 general election — and those turncoats proved to be the winning margin in the three swing states of Ohio, Michigan, and Pennsylvania.

In 2016, Trump was able to attract the support of many people who wanted an end to wars and distrusted Wall Street. But what ultimately enthroned Donald Trump in the White House is the same thing that eventually dethroned Roseanne Barr from television: racism. And what keeps many people clinging to Donald Trump despite one presidential embarrassment after another is: racism.

The only thing that Trump has going for him, in the end, is white privilege. He’s a living repudiation of the notion that America is either post-racial or a meritocracy.

In his first 18 months in office, Trump has indulged in hate speech by dehumanizing immigrants, sticking up for Nazis in Charlottesville, and calling states in the developing world “shithole countries.” It’s not just rhetoric. In his actions, he has also amplified the racism that’s deeply embedded in both domestic and foreign policy. He has put the interests of white people first in a country that is shifting demographically away from majority white and in a world where non-white peoples are acquiring ever more geopolitical power.

In fact, Trump’s political fortunes and those of the party he has inexorably transformed have begun to rely on more racism, not less. Only by manipulating the threat of the other — immigrants, terrorists, the return of the Obama coalition — does the Republican Party believe that it can avoid huge losses in the fall and possibly — the horror, the horror! — return Trump to the Oval Office in 2020.

Roseanne Barr, after flirting with the unacceptable, finally crossed a line with her Jarrett tweet. Trump has crossed the line innumerable times, but alas there’s no boss who can fire him at the moment. Yes, impeachment is a possibility. Even if it happens, however, it won’t be because of the president’s racist taunts and tweets.

In the meantime, from border politics to the Korean peninsula, the president will continue to toggle back and forth between two modes in his foreign policy: ugly racism and white savior-ism. For the most part, people of color see Trump for what he is and will vote accordingly. But for the next few election cycles, until the demographic balance shifts decisively against them, white people will determine whether Trumpism lives or dies at the polls.

The TV series Dear White People follows the lives and loves of a group of African-American college students at a fictional Ivy League university. The central figure, Sam, makes it her business to call out the racism of her fellow students through campus activism and her radio program, Dear White People. At the end of the second season, she realizes that she must confront not only the obvious racism of kids throwing a blackface party but also the “white savior” complex of her white boyfriend.

What an appropriate riposte to Roseanne and the racism of the Trump era. In Dear White People, the ugliness of the past persists despite obvious advances made by people of color. And white liberals remain necessary but problematic allies.

Consider the immigration issue. Yes, the Obama administration deported a record number of people. But the Trump administration has racialized the immigration issue in ways reminiscent of the nineteenth and early twentieth century. He talks of the “breeding” that takes place in sanctuary cities, of the criminality of immigrants, of Salvadoran gang members as “animals.” He has also directed federal authorities to expedite deportations, and not just of undocumented with criminal records.

The most recent outrage has been the separation of children from their families at the border. The New York Times reported in April that authorities separated 700 children from their parents since October. In a two-week period in May, the number jumped by another 658 children, according to Sen. Diane Feinstein (D-CA). The Trump administration sees in this gross human rights violation nothing but a deterrent against future immigration.

Fortunately, the border policy has generated a good deal of pushback, even from some famous white people. On Twitter, actor Jim Carrey wrote:

The WORST TERROR a child can experience is being taken from their parents. Would blonde, blue-eyed children ever be treated so brutally at our border? Would 4,600 Puerto Ricans have been left to die if they were “white”? NO. Trumpism is racism. WHAT IN GOD’S NAME HAVE WE BECOME?

There’s method to Trump’s racist madness. All the negative press and Hollywood disgust serve to rally Trump’s base. Immigration may not be a major issue for Americans in general — a majority oppose Trump’s proposed wall and support a path to citizenship for Dreamers — but it has proven to be a superb tactic for getting Trump’s core constituency to the polls. “Voters who listed immigration as a motivating factor in 2016 backed him over Hillary Clinton by nearly 2 to 1,” writes E. J. Dionne Jr. “And the CBS poll found that while Democrats and independents overwhelmingly opposed Trump’s wall, 78 percent of Republicans supported it.”

Steve Bannon, still working behind the scenes to further radicalize the Republicans, has only one card to play, as he explained to Fareed Zakaria:

Bannon is most focused on the issue of immigration because it hits both the heart and the head. “Immigration is about not just sovereignty, it’s about jobs.” He believes that the Trump coalition can attract up to a third of Sanders supporters who see trade and immigration as having created unfair competition for jobs, particularly for working-class blacks and Hispanics.

Bannon, in other words, sees immigration as hot-button issue of last resort that can turn the Roseanne Barrs of the world from eco-feminists to Trump supporters.

In 2012, the writer Teju Cole posted a number of tweets in the wake of the Kony2012 video. The first three read:

From Sachs to Kristof to Invisible Children to TED, the fastest growth industry in the U.S. is the White Savior Industrial Complex. The white savior supports brutal policies in the morning, founds charities in the afternoon, and receives awards in the evening. The banality of evil transmutes into the banality of sentimentality. The world is nothing but a problem to be solved by enthusiasm.

Although Cole was criticizing liberals — economist Jeffrey Sachs, journalist Nicholas Kristof — the original “white saviors” were anything but. They colonized America and exterminated Native Americans (in order to “save” them). They colonized other countries — the Philippines, Nicaragua — to shoulder the “white man’s burden.” Later still, they launched wars in Afghanistan and Iraq to “liberate” the populations there.

Donald Trump is the latest in a long line of illiberal white saviors. Indeed, he has a particularly virulent case of the disease. He believes that he, alone, can solve the world’s problems — win the war in Afghanistan, defeat all terrorists, bring peace to Israel and Palestine.

Perhaps the most vivid demonstration of this syndrome is in Korea.

Recall Cole’s observation: “The white savior supports brutal policies in the morning, founds charities in the afternoon, and receives awards in the evening.” Accordingly, Trump wakes up in the morning to tweet about bombing North Korea, in the afternoon he charitably agrees to meet with North Korean leader Kim Jong Un, and in the evening he waits for the Nobel committee to phone him with the news of a peace prize.

On the North Korea issue, Trump largely ignores the advice of everyone else in his administration, which in this case is a good thing since they were either recommending preemptive strikes (National Security Advisor John Bolton) or telling him to avoid the “trap” of a one-on-one summit with Kim (the foreign policy establishment). Trump is convinced that only he, in his enthusiasm, can find a diplomatic solution to a problem that has bedeviled successive administrations.

Ideally, the United States would simply step out of the way and let the two Koreas work out their problems. But because of the legacy of the white savior complex — U.S. complicity in dividing the peninsula, U.S. involvement in the Korean War, U.S. support for South Korean dictators, U.S. efforts to change the regime in North Korea — the United States has become an almost inextricable part of the problem.

Such are the ironies of history. Getting the peace process rolling on the Korean peninsula requires the impetus of a “white savior” like Trump who claims all the credit that’s actually due to the Korean architects of this detente. In the best-case scenario, the president plays his part and then shuts up. Unfortunately, that’s usually not how “white saviors” operate.

Similarly, it might seem like a peculiar subset of white savior syndrome to argue that white people hold the key to defeating the Trump agenda.

After all, people of color are engaged in widespread movement building that is vital for the future of politics in America. But as Trump’s election proved, the future is not yet here. Indeed, it made a premature appearance in 2008, as Barack Obama himself ruefully acknowledged on his way out of the White House.

In the meantime, it’s up to white people to destroy what they have created. Whites who oppose Trump’s agenda have to reach beyond their comfort zones to flip (and not flip off) other white people. For instance, it’s critical to amplify the voices of former Trump supporters who have changed their minds — as in this video with a former Carrier worker in Indiana (if you know of similar stories, contact me so that we can do more videos).

As the #LivingWhileBlack stories reveal, racism remains deeply baked into American society. White people taking responsibility for Trumpism won’t eliminate that racism. But cancelling the racist reality show that is the Trump administration would be progress after the great leap backward of 2016.

CBS This Morning: “Trump-Kim summit to be held on Singapore’s Sentosa Island”