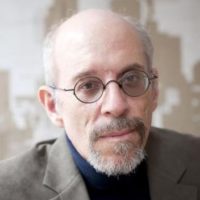 John Feffer is the director of Foreign Policy In Focus and the author of the dystopian novels Splinterlands and Frostlands.

( Foreign Policy in Focus) – The far right has come out in support of Trump. After the failed coup attempt of January 6, what’s next? The United States began as a glint in the eyes of an English mob of oddballs, dissenters, and criminals let loose on what they considered virgin territory. Once secure […]

( Foreign Policy in Focus ) – The refusal of tens of millions of Americans to recognize the election results is part of a much larger denialism — of COVID-19, of climate change, and U.S. decline. The presidential election wasn’t close. Joe Biden won the popular vote by more than 7 million votes, which translates […]

( Foreign Policy in Focus) – How else would you describe Americans who deny a pandemic that’s killed 250,000 people and the election that repudiated Trump? The 2017 film Bushwick begins like a lot of zombie flicks. An unsuspecting couple is walking through a subway station in the working-class neighborhood of Bushwick in Brooklyn. The […]

By John Feffer | – ( Foreign Policy in Focus) – It simply doesn’t make a lot of sense to entrust leadership to a country with a severe personality disorder. America may well be divided about Donald Trump, but the rest of the world isn’t. The soon-to-be-former president has gotten high marks in the Philippines […]

(Tomdispatch.com) – Imagine for a moment that Hillary Clinton had won the presidential election in 2016. Imagine, in other words, that the “blue wall” of Michigan, Wisconsin, and Pennsylvania had held firm four years ago. Claiming election fraud, Donald Trump would have insisted on a recount and Election Day would then, too, have stretched into […]

Authoritarianism has been on the march for years, but people powered revolutions are pushing regimes toward democracy on nearly every continent. ( Foreign Policy in Focus ) – Despite all the obstacles, Americans are voting in huge numbers prior to Election Day. With a week to go, nearly 70 million voters have sent in their […]

(Foreign Policy in Focus ) – If the current pandemic is a test of the global emergency response system, the international community is flunking big time. It has done just about everything wrong, from the failure to contain the virus early on to the lack of effective coordination thereafter. As the predicted second wave begins […]

( Tomdispatch.com ) – The white mobs didn’t care whom they killed as long as the victims were Black. They murdered people in public with guns and rocks. They set fire to houses and slaughtered families trying to escape the flames. In East St. Louis in July 1917, white vigilantes lynched Blacks with impunity. It […]