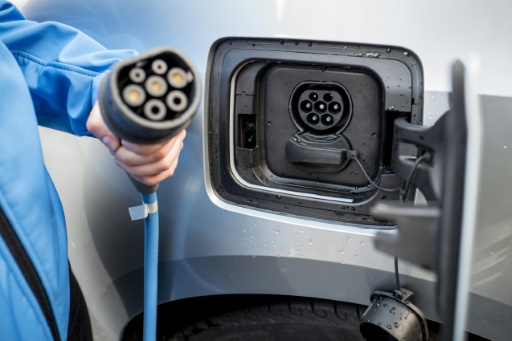 The announcement mirrors similar moves by Anglo-Dutch rival Shell and France’s Total to expand into the charging of electric vehicles (EVs) which experts forecast will surge in popularity.

“BP announced that it has entered into an agreement to purchase Chargemaster, the UK’s largest EV charging company,” the London-listed group said in a statement, adding it would focus on ultra-fast charging that lasts ten minutes for a 100-mile (161-kilometre) range.

The deal for an undisclosed amount will see BP expand its rapid charging network at the company’s 1,200 petrol stations across Britain.

“Having an ability to do a fast charge could be a relatively attractive model,” he told AFP.

BP aims to become the top provider of energy to low carbon vehicles, and comes amid UK government legislation to encourage greener transport.

“Fuel companies are clear that they need to know much more about this,” added professor Peter Wells at Cardiff University.

The sector is also “very concerned about the whole carbon agenda” as it seeks to drive down carbon emissions.

“The amount of money that’s being spent (by BP) is not great. It’s a toe in the water — but it could easily be a launchpad,” Wells added.

Chargemaster was founded ten years ago and now operates 6,500 electric car charging points across Britain, making it the number one UK player.

The company — based in Luton north of London — designs, builds, sells and maintains charging units.

BP meanwhile predicts the number of electric automobiles on UK roads will soar to 12 million by 2040. That contrasts with around 135,000 in 2017.

Greenwood said the 2040 forecast was in line with current UK legislation targets.

“The UK government has stated that all new cars will need to be electric or long-range plug-in hybrid by that point. Both of those need fast charging,” he told AFP.

“If you look at the total number of vehicles in circulation in the UK at the moment, that is around 20 million or thereabouts, so this is suggesting that by 2040 half the fleet has shifted over to electrical plug-in. That’s not a ridiculous forecast.”

The news comes as the auto industry ramps up production of electric vehicles like mass-market Leaf model from Japanese carmaker Nissan.

“Major players like Renault and Nissan are saying that they are making money after ten years of investment in electric technology,” Wells said, adding that Chinese players were also getting involved.

“In terms of EVs, this is a big moment. I think we are going to see that transition from niche into almost day to day product.”

He sounded a note of caution however.

“The key problem is: it’s very hard to make money from this. BP are still talking about ten minutes per car charge. That’s still not really fast enough.”

Roland Jackson covers business and finance in the United Kingdom for Agence France-Presse (AFP). His journalism has also appeared in The Guardian, Business Insider, Yahoo, France 24, Times of Israel, La Presse, and the Arab News.