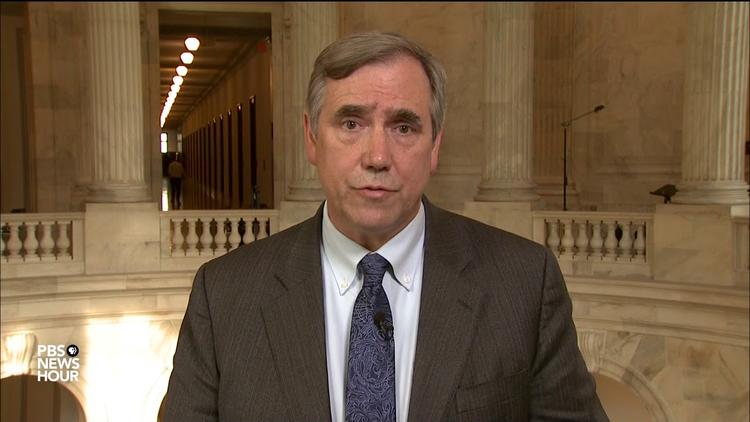 Nearly 1,800 immigrant families were separated at the U.S.-Mexico border from October 2016 through February of this year, according to a senior government official, as President Donald Trump implemented stricter border enforcement policies.

The numbers are the first comprehensive disclosure by the administration of how many families have been affected by the policies.

The numbers are the first comprehensive disclosure by the administration of how many families have been affected by the policies.

Previously, the only numbers provided by federal officials on family separations covered a single two-week period in May.

The government official, who spoke to Reuters on condition of anonymity, said he could not provide up-to-date statistics, but acknowledged the number of separations had risen sharply in recent weeks, largely because of new administration policies.

In May, U.S. Attorney General Jeff Sessions announced a ‘zero tolerance’ policy in which all those apprehended entering the United States illegally would be criminally charged, which generally leads to children being separated from their parents.

A U.S. Customs and Border Protection (CBP) official testified last month to Congress that between May 6 and May 19, 658 children were separated from 638 parents because of the stepped-up prosecutions. That brings the total of officially acknowledged separations to more than 2,400, though that does not include recent weeks or the period from March 1 to May 6.

Immigration and child advocates, Democratic lawmakers and the United Nations have all condemned the practice of separating families at the border, but the administration has defended its actions saying it is protecting children and making clear that illegal border crossers will be prosecuted regardless of their family circumstances.

In most of the 1,768 cases of families separated by border agents between October 2016 and February, children were removed from parents for medical reasons or because of security concerns, the official said, citing examples such as parents needing hospitalization or officials discovering the parent had a criminal record either in the United States or in their home country.

In 237 cases, the official said, children were removed because border agents suspected adults were falsely posing as the parents of minors in their charge.

The period for which statistics were provided included the final three months of the Obama administration in 2016, but the official could not say whether any of the separations occurred then.

The practice of separating families has not been systematically tracked until now, the official said, and the figures given to Reuters had to be compiled manually.

“Why weren’t we pulling these statistics before? Because it wasn’t a big enough phenomenon that had public interest,” the official said. “Now it’s increasing and it’s of public interest.”

The bulk of the separations involved Central Americans, who make up the majority of families crossing the southwest border. Some were apprehended trying to cross the border illegally, while others crossed illegally and then presented themselves to border patrol agents asking for asylum because they feared returning home.

Immigrants can also go to an official port of entry to request asylum before crossing the border. The official said separations in such circumstances are rare, but that the numbers are not tracked separately.

The official noted that the number of separations from October 2016 to February this year represented less than 2 percent of the 106,700 family units arrested along the southwest border during that same period.

The American Civil Liberties Union (ACLU) is suing the government on behalf of a Congolese asylum seeker who turned herself in to border guards in California only to have her 7-year-old daughter taken from her and housed in government custody more than 2,000 miles away in Chicago for months.

The government said in legal papers that it took the child into custody because it could not corroborate the two were related. The ACLU argued the question could have been quickly resolved by a DNA test, which was only done much later.

Lee Gelernt, the ACLU attorney representing the woman and other parents in similar situations, said the Trump administration is using allegations of fraud and security concerns to justify a policy that is actually aimed not at protecting children but at deterring future border crossers.

“Taking a child away from their parent and interfering with the basic constitutional right to family unity, that’s about the most draconian thing you can do and it needs the most compelling reason possible,” Gelernt said. “Deterrence is a policy measure that uses these children as pawns and violates the basic fundamental notion of what’s in the child’s best interest.”

The official said some families were separated because human smugglers had tried to game the system by placing children with unrelated adults, hoping the adults would fare better if caught.

Only a few immigration detention centers have the capacity to house parents and children together, so families caught at the border have often been freed to await court hearings while living in the United States.

On Friday, Senator Dianne Feinstein, the senior Democrat on the Senate Judiciary Committee, along with 26 other Democrats and two independents introduced a bill that would put new limits on federal law enforcement’s ability to separate immigrant children from their families unless a court decides that would be best for the child.

The bill specifically states that a minor cannot be removed from a parent or legal guardian “solely for the policy goal of deterring individuals from migrating to the United States.”

PBS NewsHour: “Asylum seekers are being ‘afflicted by our own government,’ Sen. Merkley says”