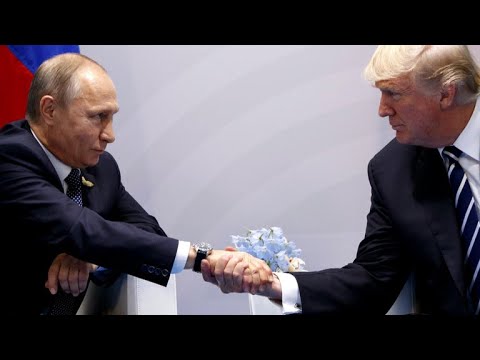 CNN’s sources say that when Trump met with Jordanian king Abdullah II, he revealed his game plan for Syria. Trump is said to plan to discuss this issue with Russian President Vladimir Putin at their proposed summer summit.

The plan is apparently for the US to allow the government of Syrian dictator Bashar al-Assad to recover, with Russian air support, the southern reaches of the country along the Jordanian, Israeli and Iraqi borders. However, in return for US acquiescence, Putin would have to agree, and have al-Assad agree, to the establishment of a demilitarized zone along Syria’s border with neighbors. Further, Iranian forces would be excluded from this region.

In return, the US would pick up stakes and leave Syria entirely.

It has been leaked previously that Trump wants to get US troops out of Syria by October, so that Republicans can campaign on Mission Accomplished in defeating ISIL there and getting back out.

The Central Intelligence Agency and the Department of Defense are not happy with Trump’s plans to exit Syria.

Washington Post columnist David Ignatius, known as an informal spokesman for CIA concerns, did a column wondering if Trump was planning to “give away” Syria to Putin.

The problem with the Ignatius/ Langley argument is that the US does not “have” Syria. It has a couple thousand Special Forces personnel embedded with the leftist Kurdish militia, the YPG. They are based in landlocked and isolated northeast and eastern Syria near the Turkish and Iraqi borders. No one regionally except the Kurds wants them there. The US recently hit Iraqi militias in eastern Syria doing mop-up operations against ISIL, bringing threats of reprisals from the powerful Iraqi Shiite paramilitary leaders. Turkey has threatened the US about arming and supporting the Syrian Kurds. So far, wherever Turkey has taken on the Kurdish-US alliance, it has won– in Afrin and Manbij. The Syrian Kurds are not diehard opposed to making a deal of some sort with the al-Assad government, seeking a post-war Federal Syria that would off them protection from Turkey. Especially since Trump made his intentions known, the Kurds are aware that they might well again be on their own.

Aside from air power, the US has little in the way of assets in the Syrian south, though it does have a small forward operating base at Tanf in the southeast, which is extremely exposed.

In short is is not clear that Trump has much of a hand to play here. Damascus and Moscow have begun their military campaign to retake Deraa south of Damascus, and if it falls it is hard to see how the rest of the south could go on resisting.

The main considerations are not American. Israel would not be completely opposed to reestablishment of Damascus control in the Syrian side of the Golan Heights, but doesn’t want Iranian or Shiite Hizbullah troops looking down on Israeli territory from there. Jordan above all does not want another wave of Syrian refugees (a country of 6 million, Jordan took in 850,000 Syrians, putting an enormous strain on its society).

So I don’t think Putin or Assad or the latter’s neighbors will mind Trump’s plan, though how they would keep Iran and Hizbullah out of that territory is a question (Syria’s army is small and overstretched, and Russia mainly has jets flying at 30,000 feet).

Certainly, al-Assad and Iran want the US back out of eastern Syria, but it is not clear to me that Putin cares that much one way or another. He just wants Damascus to regain its stability and for the Syrian radical Muslim movements to remain crushed, so that they don’t blow back on the Russian Caucasus.

Contrary to the Lenin theory of imperialism, none of this has anything to do with economics or markets. Syria’s economy is too small to fight a war over. It is about spheres of influence. Putin wanted to make a stand against NATO encroachment into old Soviet spheres of influence, and is baffled by the US CIA’s preference for spreading around radical versions of Islam.

In the end, it is hard to see how Putin needs Trump’s “deal.” But it is also hard to see a reason for him not to take it.