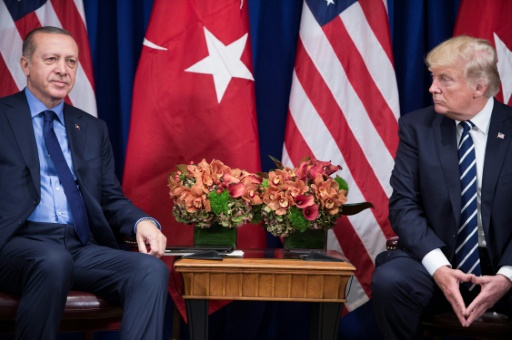 (The Conversation) – Recep Tayyip Erdogan, the incumbent president and main political actor in Turkish politics for the last 16 years, has won yet another election with a majority vote of 52%.

The election was held in the climate of a two-year state of emergency, Erdogan’s considerable weight on Turkish media, and his ruling party’s dominance of the election process. This was no ordinary election and will have historic ramifications for Turkey, its relations with the West and the Middle East.

The election has put in effect the terms of 2016 constitutional changes and ended the fragile Turkish parliamentary democracy that has been in place since 1950. As of June 24, Turkey has ventured into a democratic league of its own.

In the new executive presidential regime, there will be elections and multiple political parties. Once elected, though, the system unifies powers in one person, the president, rather than enforcing the all-important principle of separation of powers in a liberal democracy.

Erdogan will form the government by appointing ministers from inside or outside the parliament. His presidential decrees will be equal to legislation. As the leader of the ruling AKP party, he will hold the majority vote in the parliament – in effect, he will control the legislative branch.

Erdogan will appoint half of the top council, which appoints judges and prosecutors. The other half will be appointed by the parliament he controls. He will have sweeping powers to abolish the parliament and declare a state of emergency any time.

The new constitution stipulates two five-year terms. If an early election is called during the second term, the incumbent president can be nominated for a third term. This means Erdogan could possibly be in power until 2034.

Erdogan wins elections with an Islamo-nationalistic populism that is a cross between Trump and Putin. Like Trump, he promises to make Turkey great again as a global economic and political power, reviving the past glories of the Ottoman Empire.

Similar to Putin, Erdogan follows a confrontational approach in foreign policy, takes bold military steps in Syria and rallying the population behind him in a nationalistic fervour.

The key lies in Erdogan’s almost absolute control of the Turkish media. This not only raises questions about the fairness of elections in Turkey, but also explains the diffusion of a powerful narrative behind Erdogan’s political success.

The formula is simple: undertake large-scale road, bridge and airport building projects and launch them with media fanfare. This makes even the reluctant supporters say about the ruling Justice and Development Party (AKP), “they are corrupt, but they also work”.

Secondly, anything that goes wrong in Turkey is explained as a Western conspiracy. If rating agencies drop Turkey’s credit rating, it is not because of poor economic and political policies controlled by Erdogan for the last 16 years. Rather, it is explained as Western subversion to undermine the Turkish economic success.

A case in point in illustrating the appeal of the Erdogan narrative is the Dirilis (Revival), a state-funded television series that narrates the foundational story of the Ottoman Empire in the 13th century.

The hero of the series, Ertugrul Bey, father of the founder Osman Bey, often clashes and wins against Byzantine and Crusader forces who are determined to pillage Muslim land and kill innocent Muslim populations. It is the Muslim version of Games of Thrones, watched by millions around the world.

Many see Erdogan as the modern-day personification of Ertugrul Bey, fighting imperialistic forces against all odds to revive Islamic civilisation and become a voice for oppressed Muslims around the world.

His supporters are convinced Erdogan is the greatest leader in Turkish history, one who would make Turkey a world power and bring back pride for Turks and all Muslims. The narrative is intoxicatingly attractive to traditionally religious Turks and masses of Muslims around the world.

This sets the scene for what to expect in Turkey-West relations. The West, the European Union and the US are the antagonists in Erdogan’s narrative, and will continue to be so. He is not likely to mend relations with the EU, let alone make the necessary reforms to gain EU membership.

Aiming to have a growing influence in the Middle East, Erdogan will intensify his relationship with Russia over Syria. Putin will use Turkey to undermine the NATO alliance. This will further stretch EU-Turkey relations, which are already in tatters over the purchase of Russian S-400 missiles.

Erdogan’s dilemma is that the EU is Turkey’s largest economic partner and he needs funding from Western banks to service Turkey’s growing USD$450 billion foreign debt. This is increasingly worrying Turkish businesses.

During his election campaign, Erdogan travelled to the US and UK to convince lenders and business investors to continue to fund the Turkish government and economy. Erdogan is likely to play out a love-hate relationship with the West.

While Erdogan has no qualms about resorting to anti-Western rhetoric, his supporters forget that it was the same West that hailed Turkey under Erdogan’s leadership as a new hope in the post-9/11 world. Turkey was portrayed as a leader and a model for the Muslim world, where Islam and liberal democracy could harmoniously co-exist.

Turkey could show the world it was possible to stay true to Islamic values and identity while being a first-grade democracy with freedoms and affluence. Other Middle Eastern countries would follow the Turkish success, rising above the seemingly perpetual political turmoil, social discord, economic ruin and inevitable suffering of ordinary Muslim people.

But, 16 years on, Turkey has become just another typical Middle Eastern country.