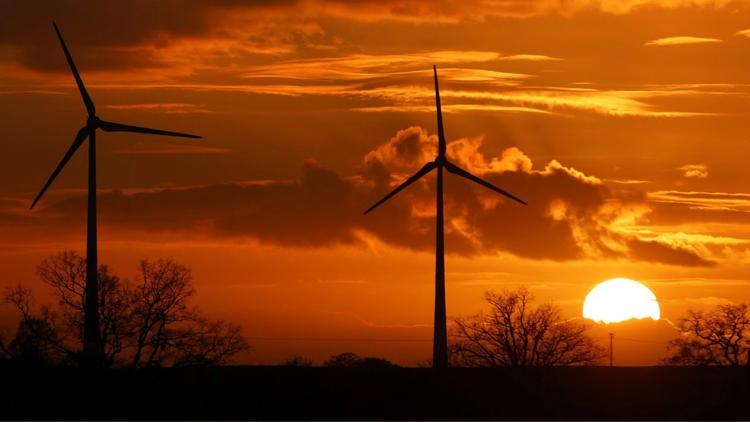 Trump just made the claim that Germany gets 70% of its energy from Russia (via imports of natural gas). It is being pointed out that this assertion, like most things that come out of Trump’s mouth, is completely untrue.

Germany gets about 9% of its energy from Russia, as Alberto Nardelli noted:

Trump fact check: he claims Germany gets 70% of its energy from Russia. Actual figure, according to German government, is 9% https://t.co/lFY97PLQOK

Trump meant to imply that Germany is under Russia’s thumb, as a way of turning the tables on those Europeans who are complaining that Trump is in Putin’s back pocket.

The discourse of the president of the United States is that of a five-year-old who shouts, “no, *you* are!”

Not only is Trump wrong about the extent of German dependence on Russia, but he is unaware of the reason for which Germany can avoid importing more Russian gas.

This year, Germany has so far been getting 41% of its energy from wind, solar, biomass and hydro. Wind alone provides 22 percent.

In 2017, Germany got a little over 37% of its energy from renewables. So for the first half of this year we are seeing a 4% increase in renewables in Germany.

Analysts are now expecting these German gains on renewables to result in a significant year-on-year increase in their share of the German energy mix.

Germany hopes to boost the percentage of renewables to 50% by 2030, a goal that seems eminently feasible.

If it were not for Germany’s “energy switch,” it would have no choice but to make up that 41% of energy coming from renewables by importing *more* natural gas from Russia, becoming more geopolitically beholden to Putin.

So Trump is wrong twice. Germany’s dependence on Russian natural gas is small, and could shrink significantly over the next decade.

Second, contrary to Trump’s denialism, renewables are desperately needed to fight climate change. Germany is not only escaping a deeper dependency on Putin, but also cleaning up its air and avoiding millions of tons of carbon dioxide emissions.

The US should be doing so well!