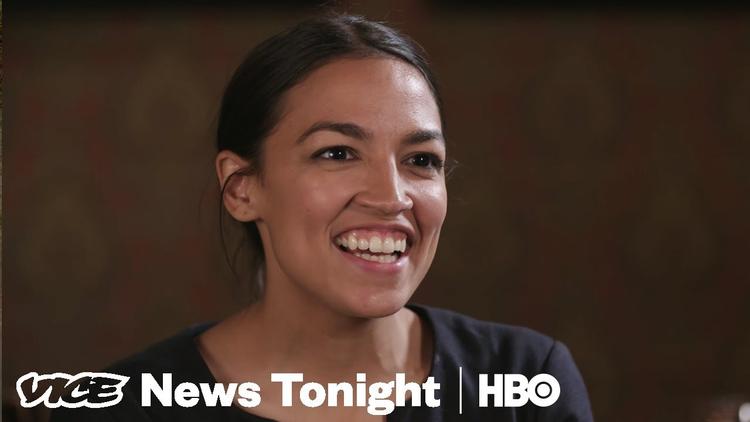 One of the most widely stated and often unquestioned pearls of wisdom from the Beltway pundits is the earnest complaint that our politics has become ever more partisan. A strident populism manifested in President Trump opposes the left extremism of Bernie Sanders/Elizabeth Warren. Oh for the days of Illinois Senator Everett McKinley Dirksen versus Lyndon Baines Johnson of Texas.

Today, unfortunately, moderate Republicanism, represented by Mitt Romney and John McCain, and the Democratic version, represented by Bill and Hillary Clinton, are squeezed out.

In this vision, Sanders is portrayed as equally as extreme as Trump. This is a false equivalence. And it has destructive consequences. My claim can be treated as reflecting my partisan bias, but a willingness to examine specific proposals might challenge some voters’ media -driven caricatures.

First, that sensible mainstream from which Trump and Sanders depart itself represents its own form of extremist politics. Consider this line from that now widely esteemed swing justice, Anthony Kennedy: Since money is speech, through regulating campaign finance, Kennedy writes: “The government has muffled the voices that best represent the most significant segments of the economy.” As Lambert Strether of Naked Capitalism puts it:”A clearer claim that the United States is, and of right ought to be, an oligarchy is hard to imagine.”

Equivalent sorts of claims as to the inherent moral worth of corporate power and wealth can be found in other junctures of our history, but they hardly constitute an unquestioned consensus or starting point. Far from being a smooth, widely accepted consensus, the Gilded Age, and the so-called Roaring Twenties helped spawn powerful reform movements.

Before jumping to equate the extremism of Sanders and Trump, one might ask a simple question. Both want to reform the voting process. Sanders supporters would like to see enforcement of the 1965 Voting Rights Act in the face of well-documented instances of voter suppression whereas the other wants strict voter id laws in the face of virtually nonexistent cases of voter fraud. And in support of his positions, he encourages supporters to “rough up” opponents. Sanders supporters can be deemed extreme only if we regard democracy itself as extreme. (I suspect that is, in fact, the posture of many Trump supporters and even many mainstream Clintonites and corporate Republicans, but sharing this perspective with the rest of us might be self-defeating.)

An examination of several of the specific “extremist” proposals from a historical perspective also sheds light on this topic. For this purpose, I thought it would be interesting to compare one surprisingly successful Democratic dissident with Trump.

Sluggish employment growth has been a persistent problem through most of this millennium. Trump blames the sorry economic performance on illegal immigration and if he could he would forcibly remove without judicial process as many undocumented residents as possible This is mainstream American only if we take as our guiding precedent the Japanese-American internment during World War II.

Strong Sander’s supporter and latest recipient of the left extremist label, Alexandria Ocasio- Cortez, upset winner of the recent primary in New York’s 14th district, has a different idea. She addresses unemployment head-on, advocating a universal guarantee of a living wage job. Of course on the surface this may seem to many as radical in its own way as Trump’s actions. But in fact, establishment of this right was given extensive attention after WWII and defeated only via strong business lobbying.

More significantly, a major priority of post WWII policy was to target full employment as a goal lest the US and other major economies experience the levels of unemployment that helped fuel strident xenophobia and world war. A generation of reasonably high employment levels did produce sustained prosperity for the white working class. In addition, this job guarantee is one Ocasio-Cortez hopes to achieve through democratic means rather than by police state raids. Rather than treat a job guarantee as somehow outside the realm of reasonable discourse, far better to ask just why the full employment policies of the 1945 to 1975 years were not sustained and what changes/improvements in realizing this guarantee can be made. In any case, a government role in job creation is part of our democratic reform traditions and is hardly as radical as expelling millions.

Mainstream Democrat enemies of Sanders’ “extremism” need to take a closer and more honest look at the history of the Democratic Party. Universal health care and free higher education are not pie in the sky. These causes were advocated by prominent Democrats during the Great Depression, at the end of World War II, and during the Great Society. Unfortunately, many of these battles were lost, but their proponents were hardly marginal players, and most advanced democracies have established these as rights in some form. Even in the US, a nation long regarded as most suspicious of government, polls indicate that these are very popular. It is the complex, jerry-rigged Affordable Care Act, designed to preserve the costly role of the private insurance industry, that is the outlier.

Even after Secretary Clinton’s stunning defeat corporate Democrats seek to run as the not-Trumps, enemies of his extremism. What they will not acknowledge is the role that their own agenda has played in furthering the racism and xenophobia they rightly detest. Consider this comment from the Daily Koz: “Right-wing propaganda outfits like Sinclair and Fox News created the environment that allowed Trump to get elected. Now they’re doing everything they can to keep his white supremacist base angry and engaged ahead of this year’s midterm elections.”

What is missing here is the role that a whole series of centrist Democrats policy choices played in creating that environment In this context Democrats should take more seriously a caution political theorist Corey Robin offered right after Trump’s election: [A liberalism based on fear of a devil] can never see in those enemies anything other than a black hole of motivation, a cesspool where reason goes to die. Hence the refusal of empathy for Trump’s supporters. Insofar as it marks a demand that we not abandon antiracist principle and practice for the sake of winning over a mythicized white working class, the refusal is unimpeachable. But like the know-nothing disavowal of knowledge after 9/11, when explanations of terrorism were construed as exonerations of terrorism, the refusal of empathy since 11/9 is a will to ignorance.”

Empathy today might start with recognizing the consequences for both minorities and working-class whites of financial deregulation, corporate trade initiatives, bailing out bankers even as ordinary mortgage holders were allowed to sink. This agenda, coming from the party once charged with a duty to protect the working class, left that class only two possible election day default options: succumb to Donald Trump’s xenophobic siren song or stay home. Right now the democratic populism recently articulated by Ocasio-Cortez and like-minded campaigners and activists is essential to combating Trump’s extremist authoritarian incursions.