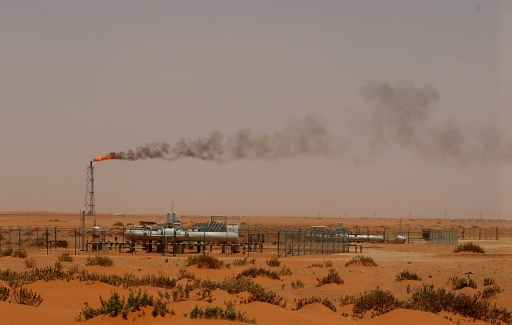 The state funds of Kuwait, Norway, New Zealand, Qatar, Saudi Arabia, and the United Arab Emirates — global finance heavyweights mainly fuelled by domestic oil and gas revenue — promised to encourage the companies they invest in to tackle the rising threat of a warming planet.

The heads of the funds, which together are worth more than $3 trillion, signed a charter to be unveiled Friday evening at the Elysee palace.

In it they agree to push firms to integrate the risk of climate change into their business plans and publish information on strategies to reduce carbon use.

“The transition to a low-carbon economy creates new investment opportunities,” the six funds said in the charter, adding that long-term investments could help finance the shift to greener energy sources.

They expressed hope that the agreement would help “tilt the trajectory of the world economy towards sustainable growth and avoid catastrophic risks for the planet”.

The funds first agreed to work together on environmental issues at the “One Planet Summit” in France in December, organised by Macron after the United States pulled out of the Paris climate accord.

US President Donald Trump faced condemnation when he announced in June last year that the United States was abandoning the climate pact, painting the accord as a “bad deal” for the US economy.

Featured Phot: AFP/File / MARWAN NAAMANI -The heads of the funds, which together are worth more than $3 trillion, signed a charter to be unveiled Friday evening at the Elysee palace.