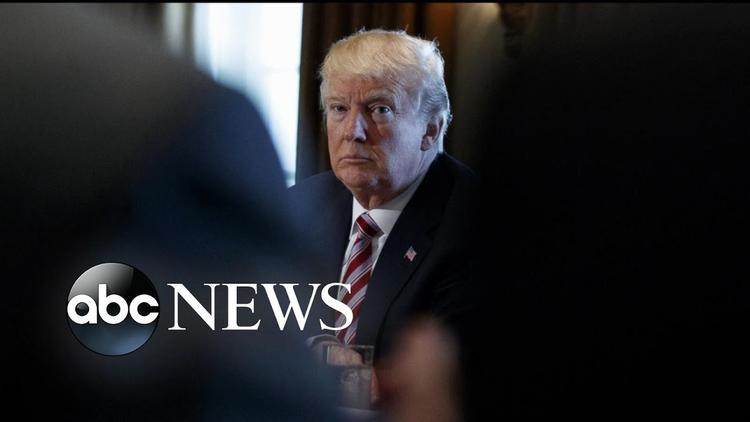 In an Interview with CBS Evening News, Trump categorized the European Union as a “foe” of the US, appearing to put it on the same footing as Russia and China, which he also characterized as “foes.” The EU strongly overlaps with the North Atlantic Treaty Organization, the chief US military alliance.

“Well, I think we have a lot of foes. I think the European Union is a foe, what they do to us in trade. Now, you wouldn’t think of the European Union, but they’re a foe. Russia is foe in certain respects. China is a foe economically, certainly they are a foe. But that doesn’t mean they are bad. It doesn’t mean anything. It means that they are competitive. I respect the leaders of those countries. But, in a trade sense, they’ve really taken advantage of us and many of those countries are in NATO and they weren’t paying their bills.”

Trump confuses economic competition between nations and blocs, which is a good thing, with other sorts of friction. He commits several economic fallacies constantly.

He thinks the world economy is a zero sum game. That is a game in which the size of the pie is fixed and if someone gets more of the pie, someone else gets less. That is what he thinks Europe has done to the US, has eaten some of the pie that should rightfully have been ours.

In fact, the pie can grow, and even economic rivals can cooperate to helpt the total pie grow so that both are better off. The US-EU economic relationship has on the whole been this sort of success story.

Trump also thinks that there are a limited number of possible jobs, and that if some people fill those jobs, they are taking them away from others. But the labor market is also not a zero sum game, an idea called the “lump of labor” fallacy. That is why he resents immigrants, who he alleges are taking jobs. In fact, the number of jobs can grow. And the evidence is precisely that immigration causes economic expansion and an increase in the number of jobs. Small businesses expand when there is more labor available, which benefits everyone.

Trump is also stuck in the 17th century inasmuch as his economic policy is mercantilism, the theory that the state should interfere in international commerce to help its national firms. The British East India Company was supported in its bizarre plan to rule India, and was actually given seats on the British cabinet. Nowadays, many forms of mercantilism are actively outlawed by the WTO.

Zero sum game ways of thinking are extremely dangerous. They are first of all simply incorrect. Second, they promote conflict, because instead of realizing that everyone can win, they emphasize inflexible competition (in Trump’s case, on racial bases, feeding his fascism).

But somehow when he meets Putin, Trump puts aside zero-sum thinking and speaks of the benefits of US-Russia trade and cooperation. It is an anomaly in his otherwise consistent economic nationalism. We’ll find out more about the depths of his surrender to Vladimir Putin on Monday, though though not the real reasons that lie behind this charitable point of view toward Moscow.

ABC: “President Trump calls the European Union a ‘foe’ before meeting with Putin”