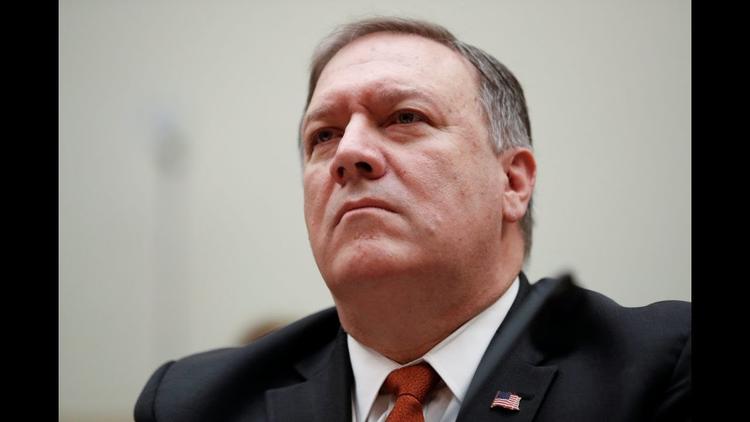 Hook served in several important posts in the George W. Bush administration, indicating his support for lying the country into war with Iraq and the years-long US military occupation of that country. Putting a Bushie Neoconservative in charge of the Iran Action Group can fairly be seen as a signal that Pompeo wants to do to President Hassan Rouhani what Bush did to Saddam Hussein.

A Neoconservative, Hook has argued for coddling dictatorial regimes favorable to US interests such as the absolute monarchy Saudi Arabia and the brutal military junta in Egypt, rather than pressing them in any way on human rights or democracy. He blamed Jimmy Carter’s human rights policy for the revolutions in Nicaragua and Iran (an allegation almost completely divorced from any historical fact). He seems to imply that pressing a country over democratization should be reserved as a tactic for governments the US does not like.

Hook was likely involved in the memo for Trump arguing for promoting an “Islamic reformation,” which State Department experts on the Middle East privately castigated: ““These people are curating crap” from the far-right, anti-Muslim blogosphere, said a separate senior U.S. government official, referring to the unnamed authors of the State Department paper,” according to The Intercept. Hooks appears to equate the government of Iran with the terrorist group al-Qaeda. You don’t have to like the Iranian government to think that that is ridiculous.

So we’ve got someone who has defended Bush’s war of aggression on Iraq but who thinks it was naive and dangerous for Carter to cut aid to the Argentinian colonels who were throwing dissidents out of airplanes.