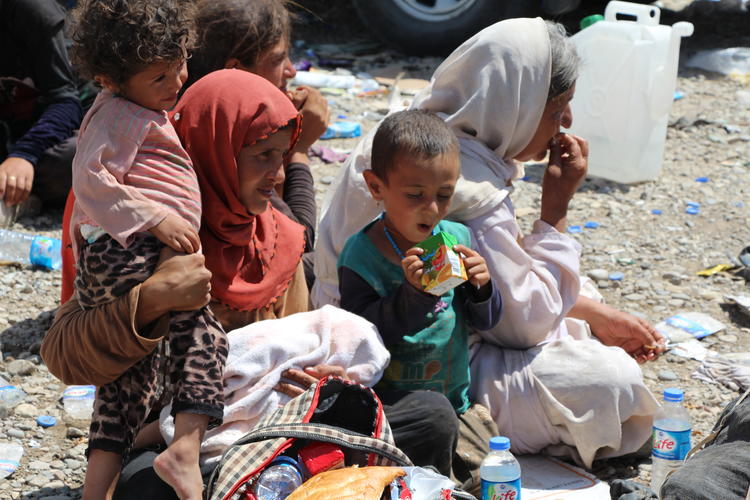 Militant protests continue in the oil rich city of Basra despite a harsh government crackdown. Thousands of Iraqis are demanding jobs, restoration of basic utility services and an end to government corruption. The protests quickly spread to other southern Iraqi cities and Baghdad.

Iraq has faced major electricity shortages since the 2003 US invasion. In Basra salt water flows from faucets because of filtration system breakdowns. Transparency International lists Iraq as one of the most corrupt countries in the world.

In the first two weeks since the protests began July 14, over a dozen protestors were killed, hundreds were wounded and 750 arrested, according to the Gulf Centre for Human Rights.

Angry protestors closed the port of Um Qasr and even shut the Iraq-Kuwait border for a time, according to Yerevan Saeed, a former journalist and now a research fellow at the Middle East Research Institute.

Saeed, a colleague with whom I worked during reporting trips to Iraq, said the protests reflect widespread anger throughout the country.

“Everyone, from Basra to Kurdistan, is frustrated with the current politicians,” he told me. “The political elite are corrupt. That brings everyone together at the moment.”

Iraq has been in turmoil since the 2003 US invasion. Far from bringing democracy and prosperity as promised by US officials, the occupation resulted in rule by a corrupt, wealthy elite. As many as 7000 US troops continue to occupy Iraq, 15 years after the initial invasion. And Iraqis are pissed — as seen in the results of parliamentary elections in May and a recount finalized in August.

A coalition headed by anti-US, nationalist cleric Muqtada al Sadr won a plurality of 54 out of 329 seats in parliament. A pro-Iranian coalition headed by Hadi al Ameri took 48. The US-backed coalition led by Prime Minister Haider al Abadi came in third with 42 seats, a big blow to the Trump administration.

Sadr, a Shia cleric with conservative views on social issues, formed an alliance with the secular Iraqi Communist Party (ICP). Both agreed to focus on jobs, fighting corruption and combating outside domination of Iraq – whether from the US or Iran.

To some extent, they share a common social base among workers and the poor. For example, voters elected a woman ICP candidate Suhad al-Khateeb, a teacher who organized in the poor neighborhoods of Najaf, an otherwise religious and conservative city. It will be interesting to see if the left can expand its base in the months ahead.

Iraqi politicians now face the difficult task of forming a new government. Although a solid majority voted for parties opposed to US domination, a pro-US candidate could emerge from back room chicanery, according to Saeed.

“I think we’re months away from a new government,” he said.

Shock and Awe – the movie

Two recent films about Iraq are worth catching. Shock and Awe dramatizes the struggle of Knight Ridder reporters and an editor to expose the George Bush administration’s lies leading to the 2003 Iraq War. It has an outstanding cast that includes Rob Reiner, Tommy Lee Jones and Woody Harrelson.

The Knight Ridder wire, which provided news to 31 dailies, was one of the few mainstream outlets to challenge the assertion that Iraqi President Saddam Hussein had weapons of mass destruction.

The film uses video from speeches and press conferences to skewer Bush, Don Rumsfeld, Condi Rice, Colin Powell and Dick Cheney. It’s great to hear the editor character played by Rob Reiner declaim that “We will not be stenographers for the Bush Administration.”

Of course the left media and the massive anti-war movement had a far better analysis than anything in the Knight Ridder articles. But Knight Ridder was certainly the best of the US mainstream media.

Unfortunately, I don’t think Shock and Awe is good cinema. The good guys remain good throughout and the bad guys stay evil. So there’s little dramatic tension. It got rotten reviews and stopped playing in theaters soon after release. Nevertheless I would recommend streaming it as a refresher on the close collaboration of the US ruling elite and the mainstream media.

The documentary film Nowhere to Hide, which will air on PBS, has the opposite problem. It’s compelling cinema but without a clear political focus.

Norwegian-Kurdish filmmaker Zaradasht Ahmed gave a small camera to Nori Sharif, a hospital medic, and told him to film his life for the next three years. Nori lived in Jawala, a mostly Sunni area of central Iraq known as the Triangle of Death because of its fierce resistance to U.S. occupation.

The documentary opens with Nori expressing his joy that the American troops are finally pulling out of Iraq at the end of 2011. He’s happy the US is leaving and optimistic about an independent Iraq, not a view often seen in US media.

First we meet his family, a lively bunch of dancing kids, a wife and in laws. We get a hint of things to come when Nori interviews a crane operator who was kidnapped twice by Al Qaeda and has been disabled as a result.

We later experience the ISIS onslaught through Nori’s eyes. “Who creates this violence and why?” he asked plaintively. “No one understands, not even me.” Another time he told the camera, “I don’t understand this war. It tears you to pieces.”

And that’s the film’s biggest weakness. The documentary maker could have included other sources to explain the big picture: the US desire to control oil, establish military bases and dominate the region. Instead, we’re left with the impression that Sunnis, Shia, Yazidis and others are just doomed to fight one another.

The film does powerfully portray, however, what the war looks like from the perspective of an ordinary Iraqi. We see the brutality of the US-sponsored police, the sudden arrival of ISIS and how Nori’s family flees Jawala with only a few hours notice.

One of the children asks how long will they be away? Her mom answers, “Only a few days.” We know this isn’t true, and we feel as helpless as the family. Despite the hardships, however, the family manages to express some optimism.

“Right now we cannot tell when or how the war will end,” Nori said. “In the end the will to build will win over the forces of destruction. Because life must go on.”

PBS airs Nowhere to Hide as part of its POV series on August 27.