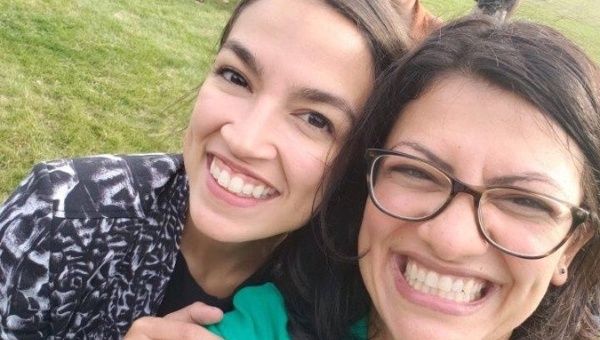 The strong number of female candidates comes midway through the term of Trump.

Rashida Tlaib is set to become the first Muslim and Palestinian-American woman to enter the U.S. Congress following Tuesday’s primary election in Michigan.

Tlaib received the endorsement of the Justice Democrats, People for Bernie, and the Greater Detroit Democratic Socialists of America (DSA).

The oldest of 14 children born to a family of Palestinian immigrants, Tlaib is a Detroit native. Her father worked at a Ford Motor Company plant in the city, home of the U.S. car industry, and she became the first Muslim woman elected to the state legislature.

She won her district’s Democratic nomination for Michigan’s 13th Congressional district, encompassing parts of Detroit and surrounding suburbs and home to one of the largest Muslim and Arab-American populations in the United States.

A record number of women are running for the U.S. Congress in November, after another round of primary voting in several states on Tuesday, with 183 women fighting for a seat in the House of Representatives in November’s midterm election.

“It’s official,” the Center for American Women and Politics (CAWP) said after the voting in Kansas, Michigan and Missouri. “We’ve broken the record for women major party nominees for US House in any year.”

Until now the record was 167. In another record, at least 11 women are running for state governor, the advocacy group said on Twitter. Until now that number had peaked at 10, in 1994.

Several women candidates in races that they have a good chance of winning are from minorities with little or no representation in Congress, including Rashida Tlaib.