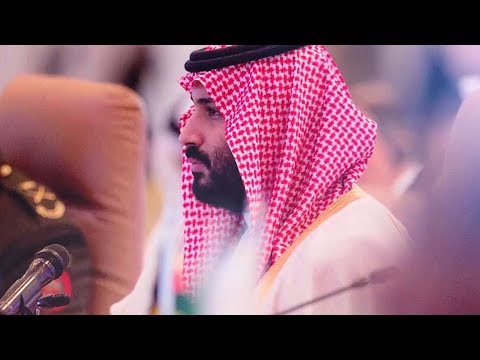 Ann Arbor (Informed Comment) – Mohamed Bin Salman, the thirty-two-year-old crown prince of Saudi Arabia, is finding his wings clipped, by his father and by the heavy hand of reality, so severely that some are speculating about whether he can survive politically.

Alkhaleejonline.net reports that Saudi Crown Prince Mohamed Bin Salman recently met with his staff officers and told them to pay no attention to international criticism of Saudi airstrikes on Yemen, which have killed large numbers of children.

A leak from the meeting, Al-Khaleej Online said, added that the crown prince said, “We want to leave a huge impact on the consciousness of coming generations of Yemenis, and we want their children and women, indeed, their men, to shiver every time Saudi Arabia is mentioned.”*

Last week, Saudi-led airstrikes on Saadeh in North Yemen struck a school bus and killed over 40 children. Another air strike this weekend south of the port of Hudeida left 22 children dead.

Human rights organizations have alleged that Saudi Arabia and its allies are deliberately targeting civilian sites, as part of a total war on Yemen’s rebel rulers, the Helpers of God or Houthis.

It is possible that Bin Salman himself is responsible for the leak, and that it is his response to the many critics of the kingdom’s prosecution of the Yemen war (including a substantial number of US representatives in Congress).

The quagmire of Yemen, however, is only one of the prince’s headaches.

Reuters reported on Monday that King Salman, the octogenarian absolute monarch of Saudi Arabia, has decided to rescind the planned Initial Public Offering (IPO) of 5% of Aramco, the Saudi state-owned oil company. Reuters said that the king and his advisers were alarmed that taking even a portion of Aramco public would require the revelation of its financial details.

The IPO was the centerpiece of Mohamed Bin Salman’s Vision 2030, his economic plan for transforming the economy of Saudi Arabia away from its current almost complete dependence on petroleum exports. Bin Salman, a millennial, is more canny than his elders, and understands that the electric car is going to take over the world’s highways faster than anyone expects, hugely reducing the value of the vast petroleum fields in the kingdom’s Eastern Province.

The IPO was in trouble even before King Salman decided to slap it down. Foreign Direct Investment in Saudi Arabia has plummeted, in the wake of the imprisonment in the Riyadh Ritz-Carlton by Bin Salman of other princes, who he made fork over billions that were allegedly gained through corruption. Saudi Arabia’s recent spat with Canada, in which the Canadian ambassador’s Tweet criticizing the jailing of Saudi women activists provoked an all-out response from Riyadh. The Saudi government withdrew thousands of students from Canadian universities and cut off diplomatic relations.

That, under these circumstances, anyone would invest hundreds of billions of dollars in 5% of Aramco beggars belief. Not to mention that it is very possible that Aramco’s profitability will decline rapidly through the 2020s because of the rise of the electric car, which does not use petroleum. (Electricity is seldom generated by petroleum, and coal is increasingly more expensive than renewables, so that most electric cars in 2030 will probably run on renewables, with, perhaps, some natural gas to smooth out the grid).

The king had earlier distanced Riyadh from Bin Salman’s statements bringing into question his commitment to the Palestinian cause. It is said that Salman is afraid his historical legacy will be tarnished by his son’s rash policy moves, some of which are deeply unpopular in the Arab World.

If Bin Salman doesn’t have Vision 2030, it is difficult to see what he does have as a significant political platform. Some observers, including the Israeli Haaretz, are wondering whether the king will depose him as crown prince and put someone else in, who is less impulsive.

*Unfortunately, Al-Khaleej Online does not name its source and it is not transparent about who owns it or what their agenda is. I tried to find out more. The only thing I can say is that the Saudi-owned al-Hayat carried the press release when it began publishing a few years ago, which would hint that the newspaper is not normally seen as inimical to Riyadh.