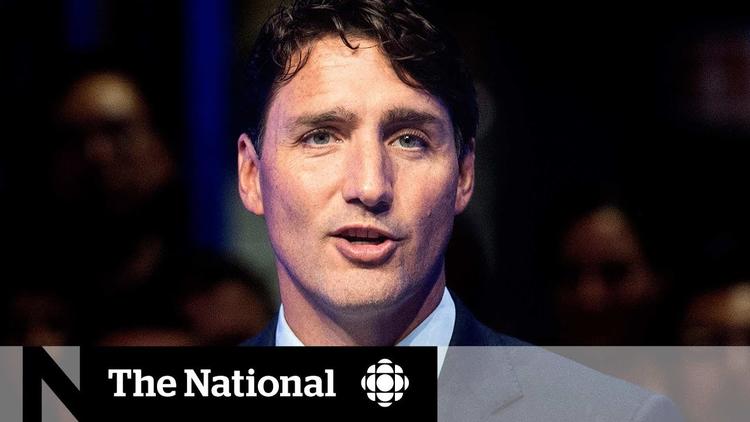 Mohamed Bin Salman is at it again. The yacht-loving Renaissance art collector who tried to pull the wool over the eyes of the American elite this spring is a serial diplomatic disaster.

Bin Salman’s plans for a transition of Saudi Arabia from being an oil giant to being a financial hub depend heavily on international confidence and investment. Those plans have crashed and burned, in large part because Bin Salman is like a young bearded Donald Trump, erratic and alternately angry and foolish. Foreign Direct Investment in Saudi Arabia collapsed in the past year, as Bin Salman scared investors off with his various rampages. His hopes for an IPO of the Saudi Aramco petroleum company have receded. Electric cars and renewables are coming on fast (renewables just hit a terawatt globally), and the lion’s share of Saudi Arabia’s economy depends on an increasingly worthless petroleum.

He launched a catastrophic air war on Yemen in 2015 to defeat the Houthi rebel group that took over north Yemen. Thousands of deaths and injuries later, with hundreds of thousands displaced and millions on the verge of starvation, the war grinds on.

AP has just reported that in this desperate attack on the rival Houthis of Yemen, Saudi Arabia has de facto allied with the al-Qaeda fighters who are also combating the Houthis. Since the US gives Saudi Arabia logistical and strategic support in this war, it means that Riyadh has dragged Washington into another al-Qaeda alliance, as though this were Afghanistan in the 1980s.

He kidnapped and imprisoned a whole bevy of other princes, confining them in the Ritz Carlton Riyadh until they forked over billions to him. He abducted the sitting prime minister of Lebanon and tried to force him to resign (this plot failed). He blockaded Qatar and appears to have plotted a military invasion of Doha, which was thwarted by Turkey and by Rex Tillerson who allegedly lost his job over it when the Saudis and the UAE whispered in Trump’s ear. That’s right– Saudi Arabia is a Trump whisperer.

I think there is increasing evidence that Saudi Arabia and the United Arab Emirates were part of the plot to put Trump into office and then to manipulate him, a story the Washington press often ignores in favor of a sole fixation on Russia.

After the Canadian foreign minister (a woman) called for the release of Saudi prisoners of conscience (an atheist and a women’s rights activist), the Saudi monarchy marked Canada for social death. Riyadh expelled the Canadian ambassador, recalled 16,000 Saudi students from Canadian universities, and began dumping Canadian stocks and investments. A Twitter account that has been linked to Bin Salman even briefly seemed to threaten a 9/11 style kamikaze attack on Toronto.

These boycotting steps may mildly inconvenience some specific Canadian institutions. Saudi medical school residents in hospitals had been playing an important role, and Saudi government-paid tuition for foreign students will be missed this year by some colleges and universities– though Chinese and other students will be lining up to replace the Saudis relatively quickly. All those thousands of Saudi students who suddenly have to switch countries and institutions will lose out in their educations and their future may be affected. Saudi investments in Canadian securities, real estate, etc.,had not been made by Saudi Arabia out of the goodness of their hearts. Canada is a lucrative place to invest, and the Saudis were making money there. They will now face the prospect of investing elsewhere and likely not making as much. Canada will handily find other investors.

The Saudis then attempted to smear Canada for having a poor human rights record. Unfortunately for them, they were busy actually crucifying a convicted criminal at the same time, which rather detracted from the credibility of their critique of Ottawa.

A decade ago, I pointed to King Abdullah’s internal reforms, his municipal elections, reaching out to the Shiite community (12-15% of the Saudi population), his invitation to Iranian officials to come to Riyadh, and his reluctance about the Iraq War to argue that the then outside image of Saudi Arabia was not balanced.

Despite his trumpeting a further move of Wahhabism away from strict puritanical regulations of public life in Saudi Arabia, Bin Salman has undone virtually all the good work of King Abdullah. He has his own Iraq War in Yemen. He has oppressed the Shiites. King Abdullah’s plans for a national legislature, building on the series of municipal elections, seem to have been permanently shelved. Bin Salman plotted to undo the 2015 Iran nuclear deal and crush Iran economically. Salman and his son have taken Saudi Arabia in extremely destructive directions that are far more worrisome than the policies of King Abdullah.