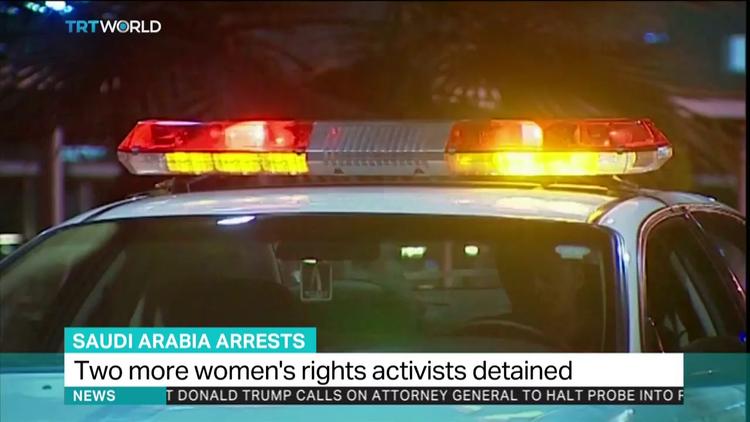 Earlier this summer, Saudi Arabia lifted the decades-long ban on women’s driving. The move is part of a series of reforms that the country has been implementing. In April the kingdom loosened male guardianship laws – under which women need the permission of a male guardian to work, travel or marry. And in 2015, women were granted the right to vote and run for elections. The reforms serve to revamp the image of Saudi Arabia in the international arena.

More recently, however, in a diplomatic spat, Canada has criticized Saudi Arabia for human rights violations. Saudi officials have responded by cutting all economic and diplomatic ties, withdrawing investments and stopping flights. One of the main issues for the Canadians is the arrest by Saudi authorities of two prominent women’s rights activists. Tweets by Canadian diplomats called on the kingdom to release the activists. Saudi Arabia arrested several women’s rights activists in weeks prior and following the lifting the ban on women’s driving.

As a scholar of gender politics in Middle Eastern societies, I argue that all this goes to show that the kingdom is extending limited reforms to women to represent itself as modern but is adamant on not opening space for more voices.

Historically, the status of women has often served as a measure of social progress.

Take for example, the regime of Gamal Abdel Nasser, who served as president of Egypt from 1956, until his death in 1970. Nasser promoted the participation of women in the public sector as a symbol of the success of the regime in modernizing Egypt.

Under Nasser, the state adopted a series of laws to encourage women’s participation in the workforce. Between 1961 and 1969, the participation of women in the labor force increased by 31.1 percent.

Paid maternity leave was granted to working mothers during the day and child care was made available. Children and child rearing was no longer the sole responsibility of women, but increasingly that of the state and its institutions as well. There was no discussion, however, of men’s responsibility or how to balance work and family.

Scholars, thus, argue that these reforms were not genuine efforts by the regime to alter gender inequalities. Rather, they were important symbols in representing the Egyptian society as modern, socialist and progressive, where men and women were seen to work next to each other.

Also, the reforms did not include meaningful political rights. For example, while women were granted the right to vote in 1956, unlike men, they had to petition the state to include them on the list of registered voters. The regime also moved to suppress independent feminists such as Doria Shafiq, who campaigned for women’s suffrage for years.

It was the same in many Middle Eastern and North African societies. The image of the woman was often constructed based on a political need at a given time and later deconstructed as well.

In Tunisia, for example, Habib Bourguiba, Tunisia’s nationalist leader and president, and after him President Zine El Abidine Ben Ali presented the image of the unveiled Tunisian women as a symbol of modernization, secularism and democracy.

Following Tunisian independence in 1956, Bourguiba rejected the veil and viewed it as a barrier to his modernizing project. In his Dec. 5, 1957, speech, he described the veil as an “odious rag” and an obstacle to the country’s path to modernization secluding women from participation in public space.

Bourguiba’s earlier views on the veil were, however, different. At the height of the nationalist struggle, during the 1930s to the 1950s against French colonial rule in Tunisia, Bourguiba emphasized the significance of the traditional Tunisian veil, the sefsari, as a symbol of national identity. The nationalist leader encouraged women to wear the sefsari as a way to oppose the colonial view. The colonial powers pushed for unveiling women and viewed it as part of the modernizing process.

Coming back to Saudi Arabia, the crown prince, Mohammed bin Salman, has introduced Vision 2030 an ambitious social and economic reform plan, that he first announced in 2016. His goal is to liberalize the Saudi petro-state and open its centralized oil market to foreign investment. His promise is to bring larger parts of the Saudi population – especially women and youth – into the labor force.

At this juncture, reforms in women’s rights demonstrate that the kingdom is en route to modernizing. However, some of the actions of Saudi authorities – such as the arrest of prominent activists that Canada has expressed concerns over – are seemingly at odds with the image the reforms want to project.

The arrests started less than a month before the kingdom was due to lift the ban on women’s driving, when the authorities arrested some of the feminists who had campaigned for women’s rights to drive. Several pro-government social media groups were alleged to have launched a smear campaign tarnishing the activists’ reputation and branding them as “traitors” and “agents of foreign embassies.

The list of detained activists included high-profile feminists such as Loujain al-Hathloul – a vocal Saudi activist who since 2014 has been arrested numerous times for defying the ban on women driving.

Following the decision to lift the ban on driving, the authorities approached the women who had been arrested, in addition to others who previously participated in protests against the driving ban and demanded that they completely refrain from commenting on the decision.

Media coverage has made no mention of the role of activists who had long campaigned for women’s right to drive. Rather, it praised the crown prince for lifting the ban.

In my view, there are many contradictions that surround these recent reforms. By silencing activists, the crown prince appears to tie the decision to allow Saudi women to drive to burnishing his own legacy. More importantly, by imprisoning high-profile feminists, the monarchy attempts to weaken, if not abolish, the ability of women’s groups to organize, advance their rights and be heard.