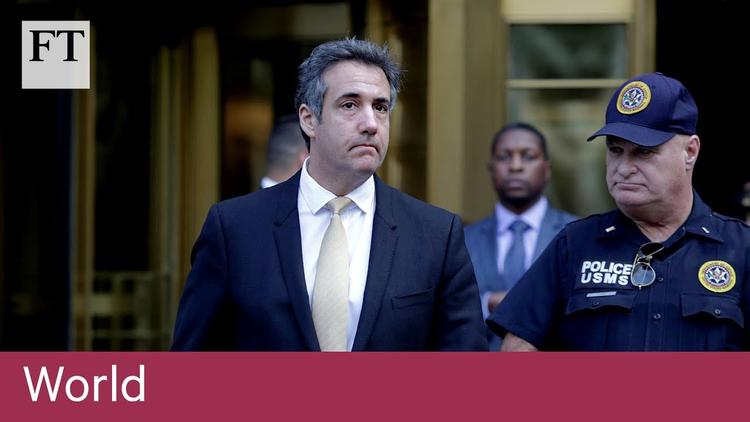 Historians will mark August 21, 2018, as a turning point in American history.

President Donald Trump’s personal lawyer pleaded guilty to 8 counts of criminal wrongdoing that could carry a sentence of up to 65 years.

Most significantly, he pleaded guilty to having attempted illegally to interfere in an election “in coordination with and at the direction of a federal candidate for office.”

He also was involved in buying for $150,000 the rights to the story of Playboy model Karen McDougal about her alleged affair with Trump.

Those actions, which involved shell companies and offshore entities controlled by Cohen, got him into legal trouble over banking, tax and campaign finance laws.

Cohen initially said he used his own money to pay Daniels and was not reimbursed. Trump, who first denied knowing anything about the payment, has since conceded that Cohen was paid back.”

Although Cohen was involved in a crime in preventing information from surfacing relevant to the election by basically bribing eyewitnesses, Trump’s crime was not exactly the same. If you considered getting his ex-lovers to remain quiet to be a campaign expense, he would have been within his rights to spend money on it. Trump’s crime would be in not reporting it to the Federal Election Commission.

While some are arguing that neglecting to report a couple hundred thousands of dollars in campaign expenses is a relatively minor crime, that is not really true. Former presidential candidate John Edwards was prosecuted for similar payments, to his lover Rielle Hunter, and the only reason the Federal case failed was that prosecutors couldn’t prove the money was paid to keep the public from knowing about the affair, as opposed to keeping Mrs. Edwards in the dark. But given the timing of the payment to Ms. Daniels, and given the knowledge and cooperativeness of Mr. Cohen, prosecutors who brought Trump up on charges would almost certainly prevail.

Trump is, of course, unlikely to be put on trial while in the presidency. He could, however, end up being deposed, just as Bill Clinton was, and then he would either have to admit the affair and the payoff or continue to lie about them. The latter course of action, given Cohen’s own plea, would certainly be perjury.

If Democrats can take the House in November, they could launch an investigation that would throw up further evidence for Trump law-breaking, or which might tempt him to continue lying, which could become perjury if he did it in formal circumstances.

The crux may be a matter of public opinion more than legal, in the end. Above all, the likelihood that Trump’s evangelical base can go on pretending he doesn’t have serial affairs, and can go on denying the swampy corruption at the center of this administration, is low. And without that base, Trump has almost nothing.

Trump has been clever about having the people around him take the fall, a fate he likely will inflict on his own son, Don Jr., with regard to the meeting with the Russian government agent Natalia Veselnitskaya at Trump Tower in summer of 2016.

But with Cohen’s plea, for the first time someone has laid a hand on Trump himself. There are almost certainly emails or recordings to back Cohen up.

For the first time since Watergate, the president is an unindicted co-conspirator in a crime under continued investigation. Whether or not impeachment is ultimately in the offing, Trump’s crippled presidency just became a quadriplegiac and is now living on borrowed time, one way or another. And, it seems certain that when he goes out of office, he is going to prison for crimes committed in and prosecuted by New York state.