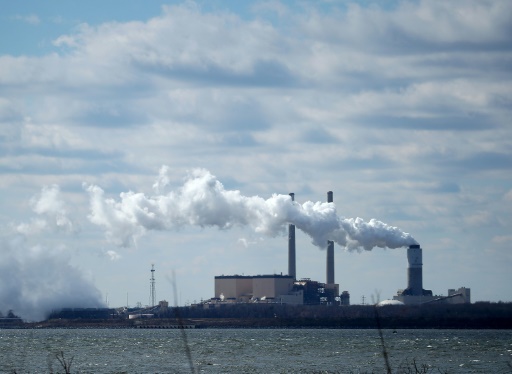 Washington (AFP) – President Donald Trump’s administration announced a plan Tuesday to weaken regulations on US coal plants, giving a boost to an industry that former leader Barack Obama had hoped to phase out to cut harmful emissions that drive global warming.

The Environmental Protection Agency’s new Affordable Clean Energy (ACE) rule would allow states the flexibility to set their own standards for performance at existing coal-fired power plants, rather than follow a single federal standard.

The EPA says the measure is designed to replace Obama’s 2015 Clean Power Plan, which called for cuts to greenhouse gas emissions from power plants, and a shift toward solar, wind and less polluting natural gas.

The move marks the latest effort by Trump’s administration to roll back the environmental legacy of his Democratic predecessor, having already pulled out of the 2015 Paris climate accord aimed at slashing global fossil fuel emissions.

Obama’s energy plan aimed to usher in the strictest anti-pollution measures in history on power plants, but was put on hold in 2016 by the US Supreme Court.

Trump, whose ascent to the presidency effectively killed off the plan, had blasted it as “intrusive” and claimed it would “kill jobs.”

The president trumpeted the plan at a rally late Tuesday in the coal-producing state of West Virginia.

“We are putting our great coal miners back to work,” he said, adding: “We love clean, beautiful, West Virginia coal.”

Earlier, EPA acting administrator Andrew Wheeler told reporters in a call: “The era of top-down, one-size-fits-all federal mandates is over.”

The new plan could take months or even years to take effect. Legal challenges are already lining up, as the proposal awaits a 60-day comment period before it can be finalized.

Critics warned the plan will boost emissions from power plants, which emit about 28 percent of US greenhouse gases, and worsen global warming.

“Under this proposal, the air will be dirtier and we’ll be less healthy as a country because President Trump is siding with a few powerful special interests,” said Democratic Senator Chuck Schumer.

Ken Kimmell, president of the Union of Concerned Scientists, said the plan called for “only modest efficiency improvements at individual power plants, which will barely make a dent in cutting heat-trapping emissions from the electricity sector, and could even, under some circumstances, lead to increased emissions depending on how much the plants are run.” 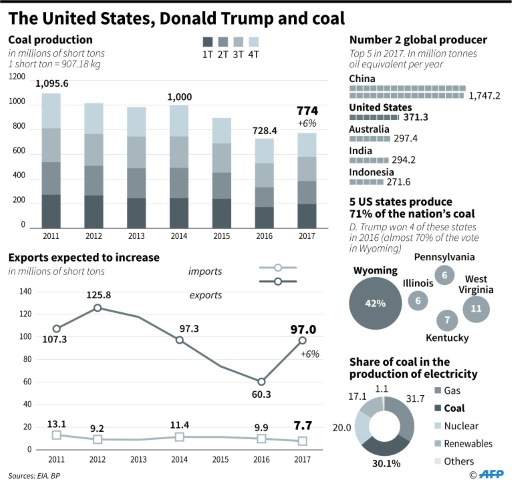 The White House said in a statement that, if finalized, the rule “will significantly decrease bureaucratic red tape and compliance costs, keeping American energy affordable and competitive on the world stage.”

The White House claimed it would also save $6.4 billion in compliance costs for industry, compared to the Obama plan.

Despite Trump’s support for coal plants, there have been many closures.

Some 40 percent of coal plants in operation in 2010 are now closed or slated to close, according to estimates from the American Coalition for Clean Coal Electricity.

According to Bob Perciasepe, president of the Center for Climate and Energy Solutions, “EPA is now proposing a plan that will essentially be ignored by most of the industry.”

Bill Wehrum, administrator for EPA’s Office of Air and Radiation, acknowledged that the industry “continues to transform in front of our eyes.”

“What we see is an ongoing significant shift in the direction of natural gas and renewable energy generation,” he told reporters.

Wehrum said that because of the shifting energy landscape, he expected emissions to fall at a rate “roughly comparable” to the goals outlined under the Obama-era plan, which called for a 26 percent cut in greenhouse gases from power plants by 2025, compared to 2005 levels.

According to former New York mayor Michael Bloomberg, a leading philanthropist and climate activist, coal is a losing proposition.

“Americans are demanding cleaner air and cheaper, cleaner energy — and cities, states and businesses are delivering,” he said in a statement.

“Wind, solar and other clean energy sources are beating coal in the marketplace, which is benefiting both public health and the economy. That will continue to happen even if the EPA keeps spitting in the wind.”