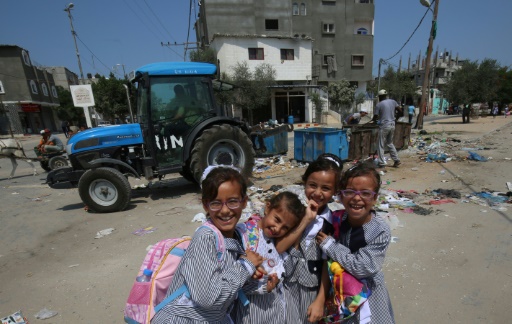 The US administration announced Friday it would no longer provide any funding to the United Nations agency for Palestinian refugees (UNRWA), a week after cutting over $200 million (170 million euros) in separate aid to Palestinians.

They were the latest in a series of controversial moves by the Trump administration that have thrilled Israel’s government but caused shock and dismay among international powers and Palestinians, making their dream of an independent state more distant than ever.

The cuts come as the international community seeks to reach an agreement to deliver significant humanitarian aid to the poverty-stricken Gaza Strip, where most residents rely on external handouts.

The US has long been the largest single donor to UNRWA, providing more than $350 million a year.

The agency provides support to Palestinians who fled their homes in the 1948 war surrounding the creation of Israel, as well as their descendants.

Israel and the US object to the fact that Palestinians can pass refugee status to their children, and want the number of refugees covered by UNRWA to be sharply reduced.

The Palestinians accuse the US of blatant bias and of seeking to strip them of their rights.

A week earlier, the US government ended Palestinian funding by USAID, which amounted to more than $200 million a year.

In December, the US recognised Jerusalem as Israel’s capital, breaking decades of international consensus that the status of the disputed city should be negotiated between Israelis and Palestinians.

The May opening of the US embassy in the city triggered Palestinian protests that saw dozens of demonstrators in Gaza shot dead by Israeli forces.

A European diplomat said Saturday the US moves, taken in conjunction with an American pledge to veto any motions criticising Israel at the UN Security Council, were emboldening Israel’s government, considered the most right-wing in the country’s history.

Israel is increasingly convinced it has a free hand to accelerate settlement growth and even advocate for annexing parts of the West Bank, the diplomat said.

Alan Baker, a former Israeli diplomat-turned-analyst, said the government would be thrilled by the aid cuts.

“The UNRWA thing is very logical as it has become an anachronistic organisation — maintaining the refugee status rather than trying to solve it.”

– No leverage with Palestinians –

Baker said the aim of the cuts was also to force the Palestinians back to the negotiating table, though others said that was unlikely.

Trump’s team, led by his son-in-law Jared Kushner and Middle East envoy Jason Greenblatt, has been pushing for what the US leader has called the “ultimate deal”, but the Palestinians have boycotted his administration since its Jerusalem announcement.

The cuts mean the US is providing very little aid to Palestinians, and another European diplomat said the move weakened Trump’s hand.

“When you have no money left to threaten them with, you have reduced your leverage,” he said.

Palestinian economist Nasser Abdel Kareem told AFP the cuts would hurt Palestinians but have little impact on the government.

Unlike some European states, the US does not provide direct budgetary support to the Palestinian Authority.

AFP / MAHMUD HAMS. Palestinian refugee children play in a street of the Al-Shati refugee camp, in Gaza City on September 1, 2018.

The only part of US funding that goes directly to the PA -– for security coordination with Israel -– was not cut.

The cut “will not harm the treasury of the Palestinian Authority,” Kareem told AFP.

Nadia Hijab, president of the Palestinian think tank Al-Shabaka, said returning to negotiations would be extremely unpopular among Palestinians.

But she fears that with full US support, Israel will have free reign to increase settlement growth.

“At the moment it is a lose-lose situation.”

Hugh Lovatt, of the European Council on Foreign Relations, agreed.

“If anything, the Palestinians will now double down on their current approach, which is to boycott the US administration and attack the yet-to-be unveiled US peace plan,” he said.

Hijab and many Palestinians do not believe the US is seeking to get the Palestinian leadership back to the table.

Instead, she said, they believe the US is trying to help Israel “end the conflict on its terms and legalise its occupation”. 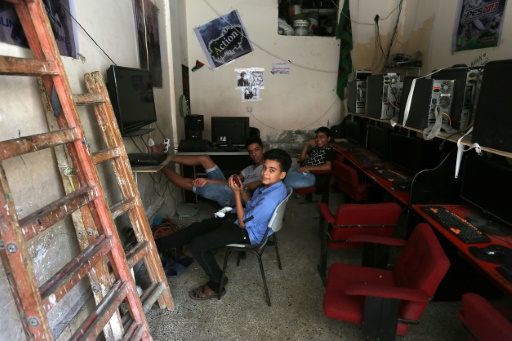 That would mean stripping refugees across the region of their rights, specifically the idea they could one day return to historic Palestine.

In both Jordan and Lebanon, Palestinian refugees have fewer rights than citizens and rely on UNRWA services for education, healthcare and other basic services.

In Gaza, run by the Islamist movement Hamas, the majority of the two million residents are refugees, meaning the UNRWA cuts will hit particularly hard.

Job losses for a few hundred of the agency’s staff have already sparked major protests.

The Gaza Strip suffers from desperate poverty and is largely sealed off by both Israel and its other land neighbour, Egypt.

Hamas and Israel have fought three wars since 2008.

Some in the Israeli security services quietly express concern that immediate cuts to UNRWA could increase tensions with Israel in Gaza and the West Bank.