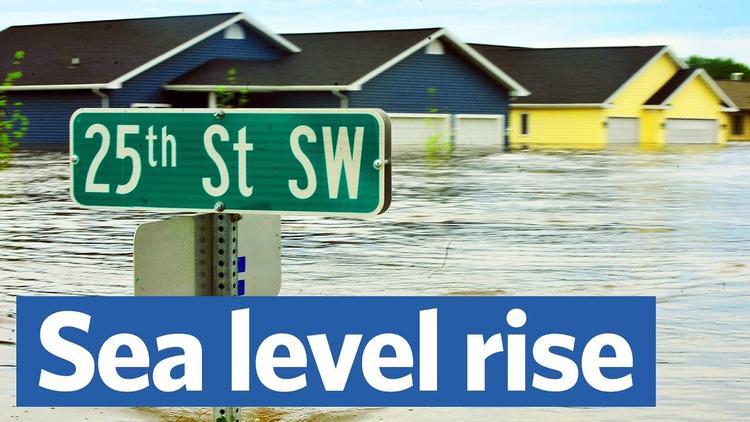 We are all too familiar with images of flooding in low lying areas after heavy rainfall or houses destroyed by coastal erosion after a storm. For an increasing number of people, coastal flooding and erosion is a real threat to property, the local economy and, in some cases, life. Hurricane Florence, for example, is forcing more than a million people on the US East Coast to flee from their homes.

Coasts support important industries (such as ports and tourism) and their populations are growing faster than inland areas. But coastal areas are also particularly sensitive to impacts of climate change, which are likely to increase the extent, intensity and frequency of coastal flooding and erosion.

So not only have we occupied areas that naturally flood and erode from time to time, we have changed the environment in ways that increase coastal flooding and erosion risk. And we continue to do so, sometimes with serious legal consequences. Meanwhile, public policies have not been very effective in managing this predicament.

Traditional hard engineering approaches of coastal protection (such as groynes, revetments and seawalls) are known to cause detrimental effects, which in the longer term can aggravate the problem they were supposed to solve. The impact of Hurricane Katrina in New Orleans was a stark reminder that engineering structures are not effective against all events at all times. They are built based on trade-offs between the level of protection needed and the costs of construction and maintenance.

Soft engineering, such as beach nourishment (where sediment, usually sand, is added to the shore), can offer a level of protection and beach amenity – but these reduce through time, as erosion continues. Meanwhile, “protection” gives a false sense of safety and enables occupation of risk areas, increasing the number of people and assets in risk areas.

Climate change has forced a paradigm shift in the way coastal flooding and erosion risks are managed. In areas of lower risk, adaptation plans are being devised, often with provisions to make properties and infrastructure more resilient. Adaptation may involve requiring raised foundations in flood-prone areas or the installation of mitigating measures, such as sustainable drainage systems. Building codes may also be established to make structures more disaster-proof and to control the types of constructions within risk zones.

But such adaptation options are often of limited use or unsuitable for high-risk areas. In such areas relocation is the only safe climate-proof response.

Planning for relocation is problematic. There are large uncertainties concerning the predictions of climate change impacts – and this makes planning a difficult task. Uncertainty is not an easy concept to incorporate in planning and coastal management. In some places, effects of sea level rise are already evident, but it’s still difficult to be sure how fast and how much it will rise.

Similarly, there is still great uncertainty about when and where the next “super storm” will happen and how intense it will be. Inevitably, areas that have already been affected by flooding or erosion will be affected again – the question is when and how badly.

Despite these issues, relocation is increasingly being adopted as a strategy. There have been some successes at the local level. One such example is the Twin Streams project in Auckland (New Zealand), where relocation (through the purchase of 81 properties) has provided space to create community gardens and cycleways where 800,000 native vegetation plants were planted. This was made possible by engaging over 60,000 volunteer hours.

Although not on the coast, the town of Kiruna in Sweden shows that, when risks are high, forward thinking and long-term planning can make large-scale relocation possible. Kiruna is at risk of ground collapse due to mining. Over a 20-year period, more than 18,000 residents will be relocated to a new city centre 3km away. The layout of the new city centre has been designed to be more sustainable, energy efficient and have better options for cultural activities and socialising. Local residents were engaged and helped identifying 21 heritage buildings they want relocated to the new area.

The French, meanwhile, have instigated the first ever national strategy focused on relocation from high-risk areas. French policy places a duty on local authorities to develop plans by 2020, identifying the areas at serious risk of coastal flooding or erosion, what needs to be relocated and how (including sources of funding). Five pilot areas have been selected to test how the strategy might be implemented at the local level. Two of these areas have contrasting approaches and outcomes.

In Lacanau (a top surfing stop in the Bay of Biscay) coastal erosion threatens the tourism-based economy. Although public opposition was initially high, the development of a local plan has generally been positive, mainly due to the inclusive community involvement in the project. A local committee was created to act as a consultation body and decisions were informed by open discussions based on clear communication of technical, legal, financial and sociological issues.

In Ault (northern France) the experience was less positive. the risk reduction plan identified a high-risk zone within 70 metres of the cliff edge. It was decided that no new construction would be allowed here and restrictions to improvements on the existing 240 houses were imposed. This would force relocation if the properties were damaged by flooding or erosion. In May 2018 a residents group won a court case which considered the plan illegal, lifting the restrictions imposed on renovation of existing properties until a new plan is drafted.

These examples demonstrate that engaging with local communities from the inception of any such project is essential. Unfortunately, people instinctively resist change – and relocation is a complete shift from the centuries-old approach of fixing coastlines and fighting against coastal dynamics. Our current legal and management frameworks are too geared up for maintaining the status quo. Funding and legal aid to support purchase of properties and removal of infrastructure that are not imminently deemed inhabitable are limited.

But open and inclusive debate about the need for relocation and the consequences and benefits of it can change people’s perceptions. The “Nimby” (not in my backyard) attitude is strong in coastal communities, but can subside after personal experiences of severe flooding or erosion. The environment around us is changing and we cannot continue living the way we did in the past.

Prevention is always less costly and more effective than remediation, particularly when involving people’s safety. The earlier we accept the need to change, the less damaged is the legacy we leave to the next generations.